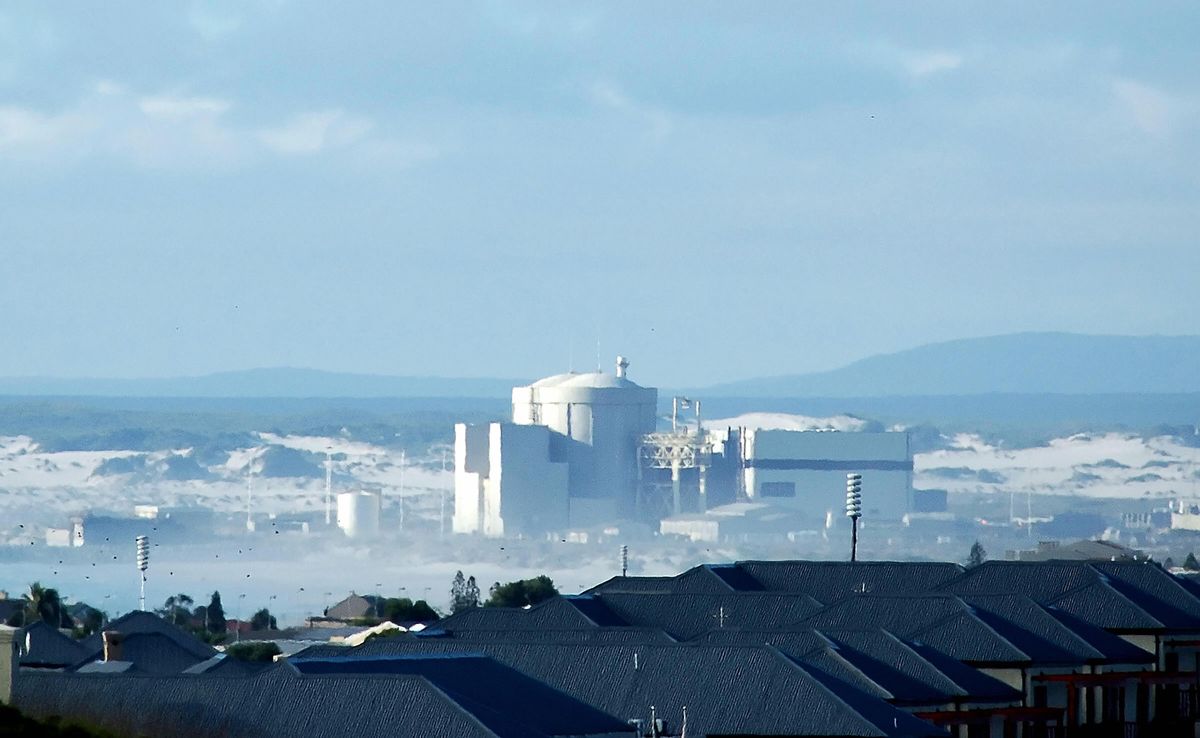 Eskom Holdings SOC Ltd., South Africa’s indebted power utility, started a billion-dollar round of investments in Africa’s oldest and only nuclear power plant before getting permission from safety regulators that the reactor’s lifetime can be extended.

The decision to begin installing new steam generators at the Koeberg plant near Cape Town underscores state-owned Eskom’s confidence that it will win approval to prolong production of low-emissions nuclear power into the middle of the century. The utility’s plan to continue operating the reactors so close to South Africa’s second-biggest city has drawn the ire of groups concerned about safety.

“Although there is still a lot of work to be done, Eskom is confident that it will be successful in its application to operate Koeberg for an extended period, which is why it is investing in these large component replacements,” the company said in a response to questions.

The move to extend the nuclear plant’s lifespan by two decades has being opposed by activists in Cape Town, even as Eskom battles to keep their power flowing across aging infrastructure. The utility warned last year it could struggle to fill electricity demand, even with the steady output of Koeberg, which accounts for 4% of the country’s generating capacity.

“This makes no economic sense,” said Peter Becker, a representative of Koeberg Alert Alliance, a non-profit organization that opposes the reactor because of its proximity to Cape Town and concerns about earthquakes. It looks like Eskom is betting South Africa’s National Nuclear Regulator “will have no choice but to grant the life extension license” after the utility sinks more resources into the aging plant, he said.

Eskom announced last month that the first of six new steam generators produced by France’s Framatome SA had begun arriving. The machines, weighing 380 tons each, are part of its 20 billion rand ($1.2 billion) plan to keep the 1,800-megawatt plant running beyond 2024.

The utility is expected to formally apply for the extension in January and modifications like the new generators “would be required to support the safety demonstration for long term operation,” said Gino Moonsamy, the spokesman for the regulator, in an emailed response to queries.

“Only after a thorough regulatory review of the Eskom submission, the National Nuclear Regulator will be in a position to either award or deny Eskom the extension,” the company said.

The regulator reports to South Africa’s energy ministry, which has backed the use of nuclear energy as part of nation’s energy mix going forward. A separate safety review of Koeberg, organized by International Atomic Energy Agency regulators, is scheduled for September 2021.

“This is being done at a cost of billions of tax payer rands,” said Francesca de Gasparis. The population of the city where her South African Faith Communities’ Environment Institute works, has almost tripled to 4.6 million people since the nuclear plant was built.

“If Koeberg did not exist and this was a greenfield site, it is SAFCEI’s view that the site should not get the go-ahead due to its proximity to Cape Town, where there is a much higher population density than forty years ago,” Gasparis said.