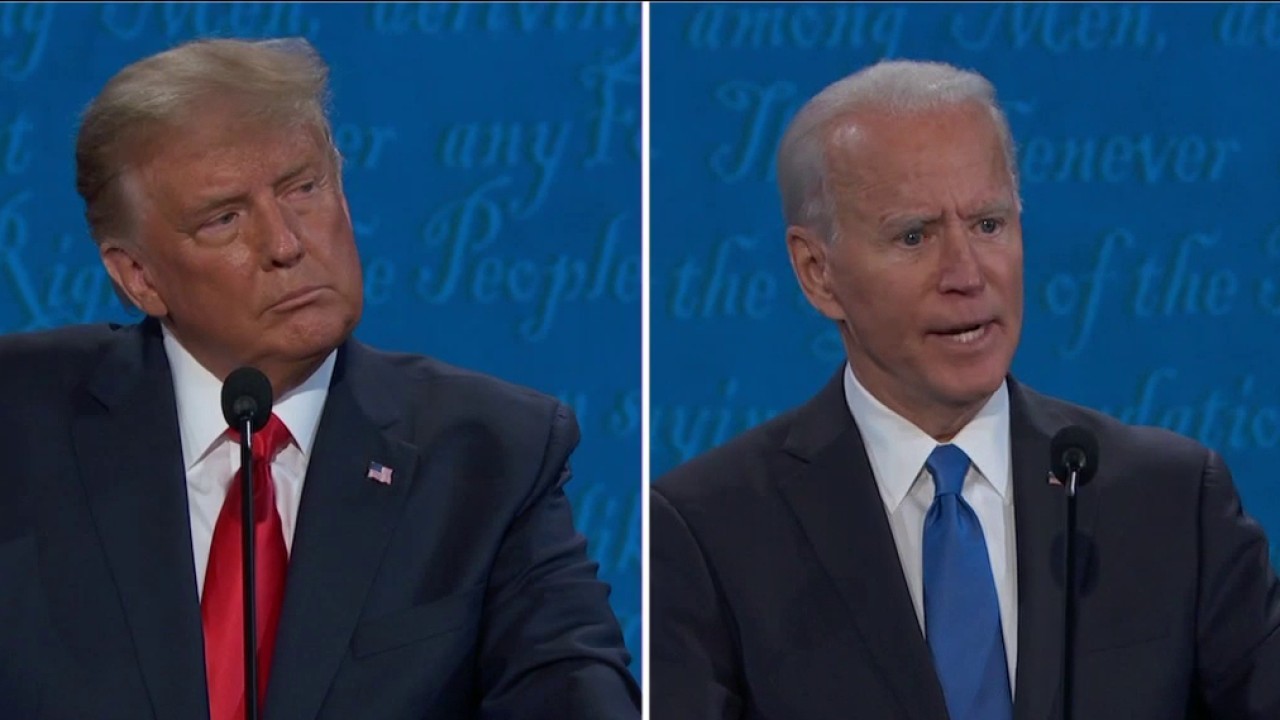 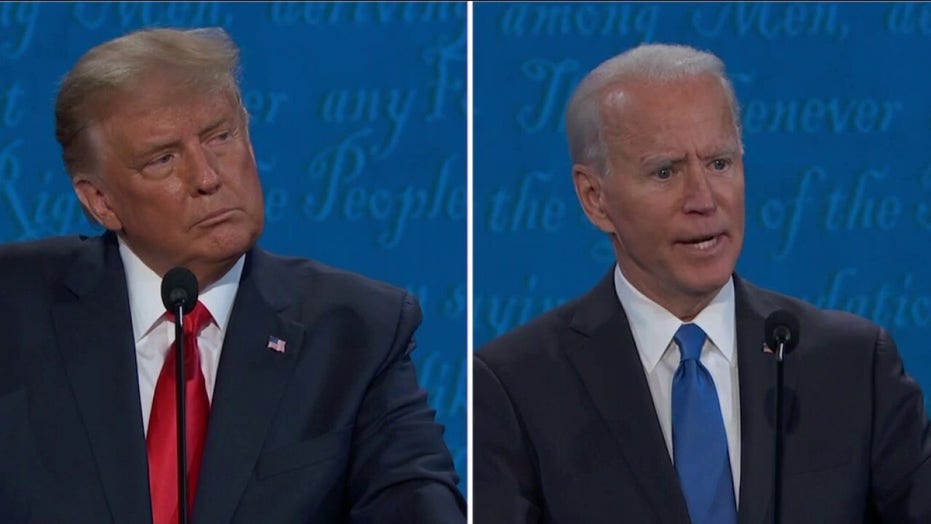 Biden: Trump ‘one of the most racist presidents in modern history’

It was Joe Biden who set the stage for the highly anticipated slugfest over foreign dealmaking.

Asked by NBC’s Kristen Welker about intelligence that Russia and Iran were obtaining American election data, Biden took a shot at President Trump’s “buddy Rudy Giuliani…being used as a Russian pawn.” That opened the door for the promised Trumpian attack on Hunter Biden, and he raced right through it.

“You were getting a lot of money from Russia…the horrible money that you were raking in,” the president said.

Biden made the flat declaration that “I have not taken a penny from any foreign source,” but that Trump had a secret Chinese bank account and should release his tax returns.

Welker, whose credibility was derided in advance by Trump, asked Biden whether any of his son’s business dealings had been “inappropriate or unethical.”

“Nothing was unethical…my son has not made money off China, only this guy,” Biden said. In a throwback to the president’s impeachment, he said Trump tried “to bribe the Ukrainian government to say something negative about me.”

For all the fierceness of the exchanges, most of the jabs were delivered in a respectful fashion, at least compared to the first debate, where Trump drew bad reviews for his constant interruptions.

It’s a cliche to say the debate was a draw, but it was a huge improvement over the cacophony in Cleveland.

Donald Trump delivered a far better performance than last time, no question about it. While he scowled at times, he was a more sober and commanding figure, coming across as feisty rather than angry.

Biden was fairly surefooted, avoided his trademark stumbles, and this time he could actually be heard. He often assumed the role of counterpuncher and tightened his usual rambling style.

Perhaps Trump had a slight edge, but not enough to alter the chemistry of the campaign.

In their second and last face-to-face showdown, the two candidates delivered opposite messages on the coronavirus.

Trump said “we’re rounding the corner,” that 2.2 million people could have died, and that a vaccine should be available within weeks. Biden said anyone responsible for 220,000 deaths should not remain in office, that the president had promised to vanquish Covid by Easter or the summer, and “we’re about to go into a dark winter and he has no clear plan.” (The president certainly can’t be blamed for all the deaths.)

Trump’s response: “We can’t lock ourselves up in the basement like Joe does.” And it went on:

Trump: “We’re learning to live with it.”

Biden: “People are learning to die with it.”

As they dueled about how much of the country remains locked down, Trump tried to focus on Democratic-run areas–“New York is a ghost town,” Michigan is “like a prison”–while Biden said he didn’t view the virus in partisan terms but that it has been surging in red states. Trump tried to be more positive, even calling Anthony Fauci as a good person, after branding him an “idiot” days earlier.

Both men trotted out practiced lines from the first debate.

Trump said he’d come up with a better health care plan, and protect people with preexisting conditions, if the Supreme Court strikes down ObamaCare, while inaccurately charging that Biden would boot 180 million people off their private health plans.

Biden said no one would lose coverage under his plan that includes a public option, that he beat Bernie Sanders and others with more radical ideas, and that the president has never come up with a plan.

That was typical of the debate–each candidate delivering familiar talking points that never really pierced the opponent’s rhetorical shield.

Trump was more likely to criticize Democrats, from state officials to Nancy Pelosi. Biden was more likely to talk about middle-class families and how struggling localities, regardless of party, will have to lay off cops and firemen without a Washington bailout.

But the aura of civility was shattered in the final moments, as if each man realized there was little time to land a final blow.

Trump returned to the Hunter laptop and called Biden a “corrupt politician,” saying: “Don’t give me this stuff about how you’re an innocent baby.”

There was one clear winner on the stage, and that was Welker. The NBC White House correspondent largely kept control, asked hard questions of both contenders, and even drew a brief bit of praise from the president. The result was a substantive debate that actually gave viewers a chance to fairly measure the candidates.