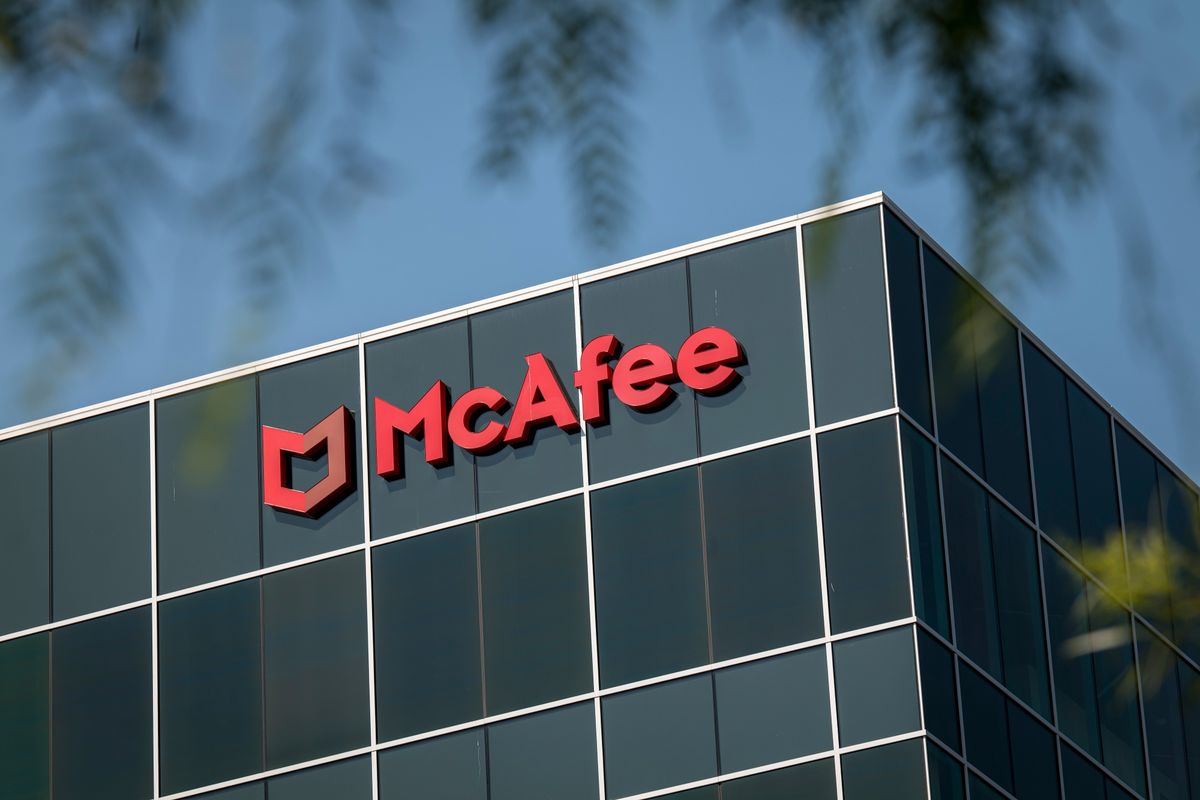 McAfee Corp. and its shareholders raised $740 million in an initial public offering priced within a targeted range as the cybersecurity software provider returns to the stock market.

McAfee is valued in the IPO at about $8.6 billion based on the outstanding shares listed in its prospectus.

The company, based in San Jose, California, was acquired by Intel Corp. in a 2010 deal. In 2016, Intel announced that it had signed an agreement to transfer a 51% stake in McAfee to the investment firm TPG for $1.1 billion. The transaction valued the spun-off company at $4.2 billion, including debt.

The offering is being led by Morgan Stanley, Goldman Sachs Group Inc., TPG Capital BD, Bank of America Corp. and Citigroup Inc. McAfee’s shares are expected to begin trading Thursday on the Nasdaq Global Select market under the symbol MCFE.

The company was founded in 1987 by John McAfee. Since selling to Intel, McAfee has gone through a series of personal legal challenges.

He was a person of interest in a 2012 murder in Belize, though not charged with a crime. Last year, he was detained in the Dominican Republic for entering the country with a cache of firearms and ammunition.

The firearms charges were announced just hours after the U.S. Securities and Exchange Commission sued McAfee for promoting the sale of cryptocurrencies without disclosing that he was being paid to do so. This month, he was arrested on tax-evasion charges for allegedly failing to report that income.

— With assistance by Chris Dolmetsch