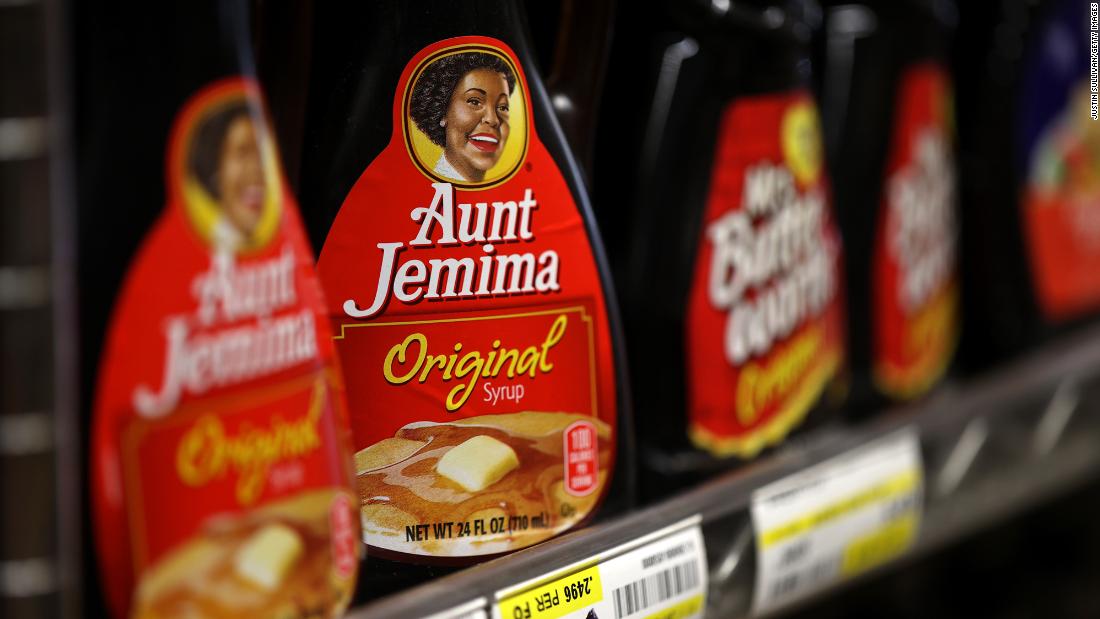 New York (CNN)It’s been more than three months since Aunt Jemima, Uncle Ben, Cream of Wheat and several other food companies made national headlines by acknowledging the racist origins of some of their brand mascots and announcing plans to change them.

The acknowledgments came less than a month after the police killing of George Floyd, which ignited a nationwide racial reckoning that corporate America has been forced to address.
It took the Washington Football Team less than two months to pull its racist former mascot off merchandise after retailers and corporate sponsors — including Target, Amazon and Fed Ex — all but forced the team to change its logo in July, ending decades of resistance from the NFL franchise.

Yet most of the food brands’ problematic packaging can still be found on grocery store shelves today, even though several of the companies have already begun rebranding their products.
What’s taking so long?

Allen Adamson, co-founder of Metaforce, a New York-based branding consulting firm, suggests maintaining brand identity is both a priority and a problem for most of these companies. Each of their mascots, Adamson says, has spent decades developing valuable name recognition, which he estimates is worth millions of dollars.
The biggest challenge for these companies is that “the only thing differentiating their brand from the store brand was Aunt Jemima or Uncle Ben,” Adamson told CNN Business. “When you take those characters away, you’re left with a commodity. You pay less for a commodity than you do for a brand. It’s an expensive change and these companies paid a lot of money for these brand equities.”
Here’s where each company stands with its brand overhaul: 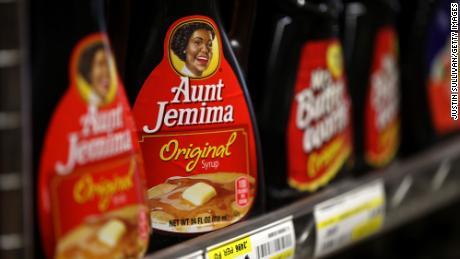 It was the news of Aunt Jemima’s eventual replacement that started a domino effect for racist brand names back in June. The pancake mix and syrup brand owned by Quaker Foods and its parent company PepsiCo acknowledged Jemima’s roots in slavery and minstrel shows and committed to replacing her name and likeness with something less offensive, without specifying when the change would take place.
Jemima’s image can still be found at grocery stores nationwide, Pepsi (PEP) confirmed Monday. The beverage and food maker says the new logo and branding for Aunt Jemima will start hitting store shelves in October and will continue rolling out throughout the fourth quarter of 2020.
Pepsi says it’s been working to come up with a Jemima replacement that maintains the company’s valuable brand recognition. Supply chain issues have delayed the process as well.
“Our consumers are still looking for the Aunt Jemima products they know and love, especially during a time when we’ve seen empty store shelves due to the pandemic,” Joan Cetera, vice president of communications for PepsiCo Foods North America told CNN Business. “It will take time for the changes to fully move through our complex supply chain, but consumers will see changes yet this year and early next [year].” 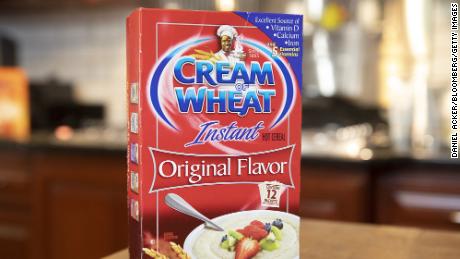 Cream of Wheat’s parent company, B&G Foods (BGS), announced last week that it will remove the Black chef from its packaging beginning in the first quarter of 2021. The hot breakfast cereal brand initiated a review of the Black chef on its packaging in June — a day after Aunt Jemima made its rebrand announcement. Archived Cream of Wheat ads from the early 20th century indicate the original Cream of Wheat chef was named Rastus, a dimwittedformer enslaved person, portrayed in blackface minstrel shows during the same era.
For years, Cream of Wheat has insisted its logo image was that of early 20th century Chicago chef Frank White.
“While research indicates the [Black chef] image may be based upon an actual Chicago chef named Frank White, it reminds some consumers of earlier depictions they find offensive,” B&G told CNN Business. “Therefore, we are removing the chef image from all Cream of Wheat packaging.” 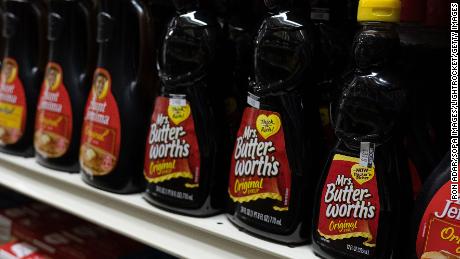 Parent company Conagra declined to say when it plans to unveil the new likeness of Mrs. Butterworth, whose famous humanoid bottle shape reminds some of an elderly woman of color when it’s filled with brown maple syrup.
Conagra (CAG) initiated a review of its Mrs. Butterworth packaging within hours of Aunt Jemima’s rebrand announcement on June 17.
The company noted that it, “can see that our packaging may be interpreted in a way that is wholly inconsistent with our values,” at the time, but acknowledged Monday that same packaging is still available on grocery store shelves today.
“Our brand and packaging review is underway,” a Conagra spokesperson said via email, declining to comment further.

The Mars-owned rice products brand formerly known as Uncle Ben’s announced last week it is changing its name to Ben’s Original. The company’s new packaging is expected hit grocery store shelves some time in 2021.
Mars (MARZF) initiated a review of the Black cook logo on its Uncle Ben’s products in June, hours after PepsiCo and Aunt Jemima did the same. The Uncle Ben logo reflects how White Southerners once used “uncle” and “aunt” — rather than “Mr.” or “Mrs.”— as honorifics for older Black men and women, according to a 2007 New York Times article.
“For some, it clearly had overtones of servitude, and that is not the brand that we want to represent,” Fiona Dawson, global president of Mars Food, told CNN Business. “There’s no place for anything in this world that hints at social injustice.”

Mars said its new Ben’s Original name and packaging is still in development and replacing Uncle Ben’s on store shelves globally involves production and distribution-related changes that take “considerable time.”
“We have a responsibility to all of our stakeholders to do this right,” the company said Wednesday. “We remain committed to do it as quickly as possible.”
Source: Read Full Article