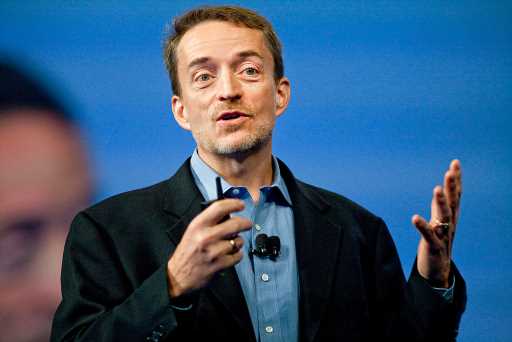 VMware CEO Pat Gelsinger said that if majority owner Dell follows through with a spinoff of his company, it would provide him with greater flexibility to team up with other hardware makers.

Speaking to CNBC ahead of this week's virtual VMworld conference, Gelsinger said VMware's server virtualization software could start to "show up with HP" if that's what customers want.

"The ecosystem would look favorably on a more independent VMware," Gelsinger said. VMware shares have dropped this year, underperforming tech stocks and the broader market, as the coronavirus pandemic has pushed more businesses to the cloud and away from physical data centers.

Dell, which acquired its 80% stake in VMware through the 2016 acquisition of data storage maker EMC, said in July that it was exploring a VMware spinoff to Dell shareholders, in part to enhance "strategic flexibility." Any deal wouldn't happen before September 2021, Dell said.

In addition to greater partnership opportunities, operating independently could make VMware a more attractive destination for top talent and give the company more freedom to do deals, Gelsinger said.

"I can't effectively use my equity for acquisitions today," he said. "There's a very tight ownership range I have to live inside of."

That's not to say VMware has shied away from dealmaking. Since becoming CEO in 2012, Gelsinger has completed more than 40 acquisitions, including Carbon Black, CloudHealth and VeloCloud, helping bolster VMware's subscription software business. He also led a partnership with Amazon Web Services in 2016, so customers could use a combination of cloud and on-premises services for their workloads.

After the coronavirus pandemic forced companies to close their offices, some VMware customers became more reliant on cloud services from AWS. That theme has played out across the cloud infrastructure landscape. Microsoft CEO Satya Nadella told analysts in April that "we have seen two years' worth of digital transformation in two months," referring to sales, customers service and security all moving into "a world of remote everything."

VMware's license revenue dropped 7% in the quarter that ended July 31, compared with 2% growth in the prior quarter. The company's cloud and subscription unit grew 44%.

Gelsinger said some companies are heading in the other direction with their infrastructure, because cloud costs can get hefty. Comcast, he said, had about half its capacity in the cloud and the other half in traditional data centers and is increasing the portion of on-premises work to 70%.

That split "gives them a much better economic model," Gelsinger said.

There are also laws in various countries that prevent some applications from being hosted in the cloud, and there are other instances where data doesn't need to move over the internet so it's better served on-premises. VMware is still investing in its traditional business. On Tuesday, it announced that it is working with chipmaker Nvidia to make it easier for customers to run artificial intelligence workloads using VMware's vSphere server-management software.

As the company heads toward a possible ownership change, Gelsinger said investors are looking for leadership continuity.

"I'm a very happy CEO these days, and I don't expect that to change," Gelsinger said.

Disclosure: Comcast is the parent company of NBCUniversal and CNBC.