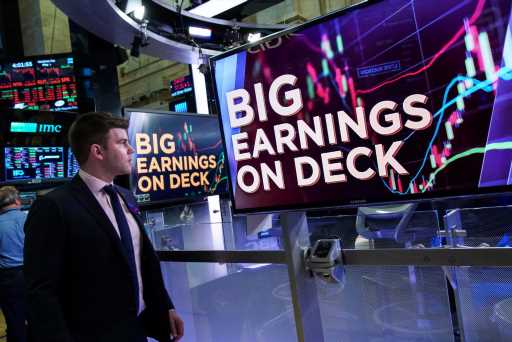 After Hadi Yousef began to invest in stocks, he soon learned the value of listening to a company's earnings call. It didn't take long for the then-Indiana University student to realize that tracking them down for a range of companies was a challenge.

"Around that time, five years ago, I had really gotten into podcasts, and so that was our goal: to make listening to earnings calls as easy as listening to podcasts," Yousef said Monday on CNBC's "The Exchange."

So Yousef created the aptly named app Earnings Calls, which compiles audio recordings of quarterly earnings calls for more than 2,100 publicly traded companies. The app has more than 10,000 active users.

Both numbers are growing. Yousef, 26, said the app is actively taking requests for new companies to include, and new users are adding up. Last week, Earnings Calls scored a resounding endorsement from money manager Josh Brown, a contributor to CNBC's "Halftime Report," who writes The Reformed Broker blog.

In a post titled, "My favorite new investing app on earth," Brown lamented the challenges of navigating companies' investor relations pages in search of earnings call recordings and then having to keep the web browser open while listening. But Yousef's app largely solved those issues, Brown wrote, and "you should start using it today."

The increasing attention for Earnings Calls comes after a wave of young investors began looking to buy stocks during the Covid-19 pandemic. Online brokers saw a surge of new accounts, as some investors saw the coronavirus-induced declines earlier this year as a "generational-buying moment."  At the same time, questions have been raised about whether first-time investors are really well-versed in the basics of investing.

Brown, who also is CEO of Ritholtz Wealth Management, stressed the value of listening to earnings calls for retail investors trying to research stocks. He wrote in his blog post that, in his opinion, they offer "the most bang for your buck in terms of time spent versus what you come away with."

Yousef, who is from Evansville, Indiana, said he was in college when he began investing in the stock market. He tried to be an informed investor, searching for information about companies in hopes of learning what distinguishes a market leader from one languishing in an industry.

It was immediately clear how beneficial listening to management teams can be for investors, he said, "and the world of a difference it makes when you're just trying to understand what a company is about."

Yousef, who said he has always been entrepreneurially minded, said he had an early prototype for Earnings Calls around August 2016, about one year after hatching the idea. To help with the app's development, he pitched the concept to various entrepreneur contests, he told CNBC in a follow-up call, ultimately securing just over $40,000 in cash.

Earnings Calls has gone through about 10 iterations to get where it is today, Yousef said. The company he founded that runs the app, Borsa Finance, has two other employees besides him, as well as an intern.

"Really we've grown organically to this point, just word of mouth, one person hearing about it and sharing it with their colleague or posting it on Twitter or something like that," said Yousef.

The app relies on an in-house database that includes dates of earnings reports and the times of calls, he said, and it takes work to keep that up to date. "The scheduling is a very crazy process, especially when you multiply that out for thousands of companies," he said.

The recordings are uploaded to the app "within an hour … of when the call is live," Yousef said.

Last year, Yousef said they started to offer premium features within the app, allowing those who subscribe for $9.99 per month or $99.99 per year to download calls and to get notifications when they are uploaded.

He said the central question for Earnings Calls going forward is, "What additional features can we build on top of this library that is only possible because we have created this library?"

"In a sense, solving the issue of making it easy to listen to earnings calls has now opened up additional challenges that we can solve for," he said.