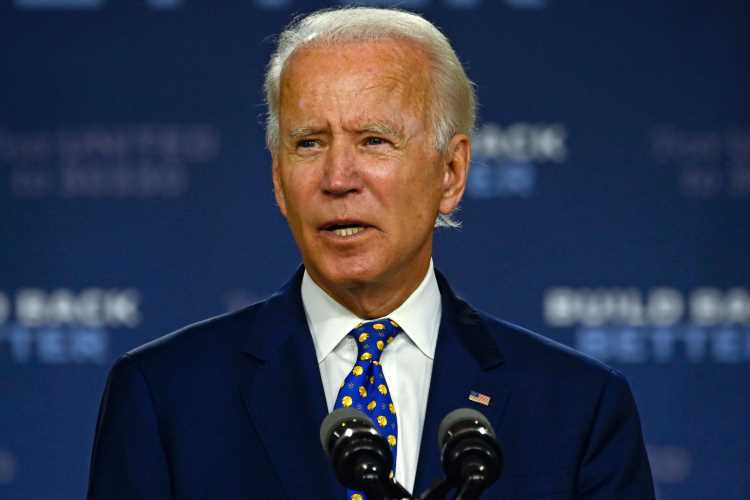 Add Democratic presidential nominee Joe Biden to the list of those — including his political rival, President Donald Trump — nominated for the 2020 Nobel Peace Prize.

On Monday, a member of British Parliament announced that he had nominated Biden, 77, for the coveted award, telling The Evening Standard in the U.K. that his nomination was based on, in his words, the Democrat's strength in political debate and argument.

“When others have resorted to violent solutions, he has argued that the best force is the force of argument,″ Chris Bryant told the Standard. “Because guns can stop a heart but well-placed words can change many hearts, and many hearts can change a world.”

The nomination comes weeks after Biden received the endorsement of 81 Nobel Prize winners, who released a letter citing the former vice president's ″willingness to listen to experts″ and his ″deep appreciation for using science to find solutions.″

President Trump's hat has also been thrown in the ring of potential Nobel laureates. The same day that Bryant announced his nomination of Biden, a group of Australian law professors explained why they had nominated Trump for the coveted award.

In an interview with Australia's Sky News, professor David Flint said Trump is ″reducing America's tendency to get involved in any and every war″ and ″really producing peace in the world in a way in a which none of his predecessors did, and he fully deserves the Nobel Peace Prize.″

Trump, 74, has been nominated for a Nobel Prize twice before — once in 2018, following his Singapore meeting with North Korean dictator Kim Jong Un, and again in 2020 for what his supporters called his work in normalizing relations between Israel and the United Arab Emirates.

Both of those previous nominations were made by right-leaning Norwegian politician Christian Tybring-Gjedde.

On Monday, Trump celebrated his nominations on Twitter — writing that, if he didn't, others would not. ″Might as well mention this because it will never be reported by the Lamestream Media!" he wrote in one post, retweeting an earlier congratulatory tweet.

Though Nobel Prizes — which are distributed in recognition of academic, cultural or scientific advances — are considered highly coveted, the nominations process is much less formal.

Thousands of people, including members of national parliament and college professors, are eligible to nominate others for the prize. A five-person committee ultimately makes the final selection.

Though he expressed excitement at his nomination this week, Trump has in the past claimed that the prize is rigged against him and that he would therefore never win.

The 2020 Nobel Prizes will be announced in October.