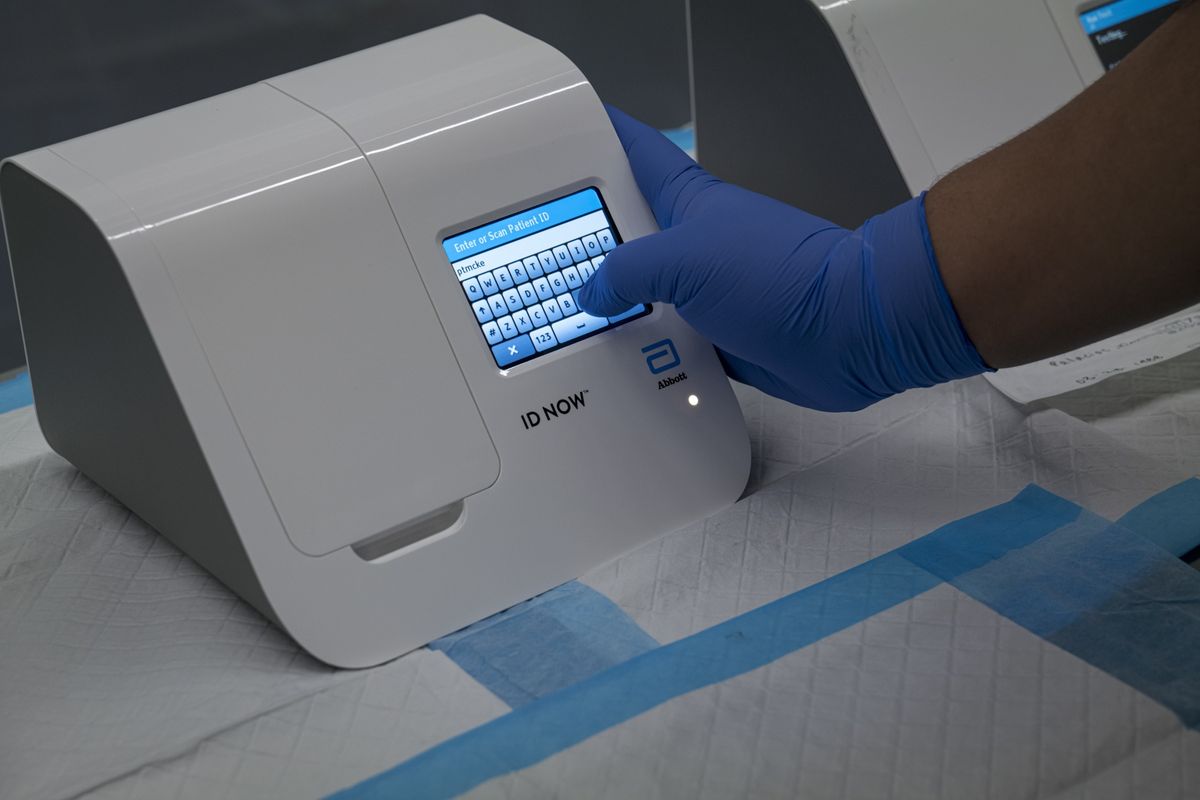 President Donald Trump will announce on Monday plans to distribute millions of Abbott Laboratories’s 15-minute Covid-19 test in the coming weeks, a move aimed at expanding access and helping reopen schools that are seen as key to getting parents back to work.

The federal government will send out 6.5 million rapid tests to governors this week and expects to ship 100 million tests over the next several weeks, based on states’ populations, according to a person familiar with the announcement who requested anonymity to discuss the plans before Trump spoke.

The White House will encourage states — which have ultimate discretion over how to deploy the tests — to use the tests to screen teachers, check symptomatic children to see if they have contracted the virus, or conduct baseline surveillance.

The test has been lauded as a breakthrough by public health officials. A single-use device about the size of a credit card, the test provides results within just 15 minutes without using any laboratory equipment, so it can be administered almost anywhere.

The upcoming shipments come from an order of around 150 million BinaxNOW tests the federal government previously arranged to buy. The purchase from the U.S. represents almost all the tests Abbott plans to produce this year.

The move may help the administration counter criticism for its failure to put in place a coordinated, efficient testing effort like those that have helped Germany and South Korea control the pandemic. Adding to the confusion have been changing guidelines on testing that are sometimes at odds with the advice of public health officials and experts.