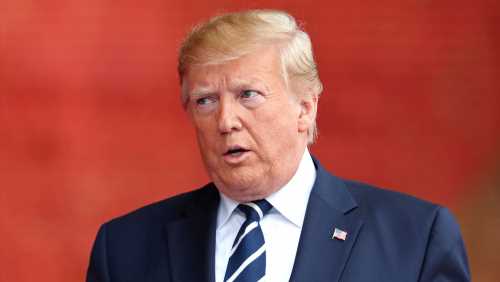 A report broadcast and published on Monday by the U.K.’s Channel 4 News alleges that 3.5 million Black American voters were targeted with TV and Facebook ads by Donald Trump’s 2016 presidential campaign to deter them from going to the polls. The Trump campaign has denied the allegations, calling them “fake news.”

Black voters were targeted with videos that showed Trump’s opponent Hillary Clinton referring to Black youth as “super predators” that aired on TV 402 times in October 2016, and saw millions of Facebook hits, the report alleges.

“This is fake news,” Tim Murtaugh, the Trump campaign’s communications director, said in a statement to Variety. “President Trump has built a relationship of trust with African American voters because of the First Step Act’s criminal justice reform, creating Opportunity Zones and his recently announced Platinum Plan to invest $500B in the Black community. Democrats deterred voters in 2016 by nominating Hillary Clinton, who called Black men ‘Super Predators,’ and they did it again this year by nominating Joe Biden, who has advocated for racist policies such as the 1994 Crime Bill and even spoke at the funeral of a Klan member.”

The Trump campaign spent $44 million on Facebook content during 2016, posting some six million targeted messages, the report states. The report also claims to have seen a confidential document in which Cambridge Analytica admits the Trump campaign targeted African Americans.

“The thing that’s shocking/troubling about this is that there’s this category of suppression,” Jamal Watkins, vice president of the National Association for the Advancement of Colored People, told Channel 4 News. “That ‘deterrence’ part. So we use data — similar to voter file data — but it’s to motivate, persuade and encourage folks to participate. We don’t use the data to say who can we deter and keep at home. That just seems, fundamentally, it’s a shift from the notion of democracy.”

“I don’t believe Facebook has fully disclosed their role, and fully disclosed the types of ads that were run, who was involved and literally how they may have been embedded in, say, the Trump campaign to make this all come to life,” Watkins added.

Channel 4 also interviewed an anonymous Facebook spokesperson, who said, “Since 2016, elections have changed and so has Facebook — what happened with Cambridge Analytica couldn’t happen today. We have 35,000 people working to ensure the integrity of our platform, created a political ads library … and have protected more than 200 elections worldwide. We also have rules prohibiting voter suppression and are running the largest voter information campaign in American history.”

Channel 4 claims to have obtained access to a database used by Trump’s Project Alamo digital campaign team (which reportedly included members from the U.K.’s Cambridge Analytica — accused of using dubious means to swing elections) of almost 200 million Americans. The report suggests that in 16 key states, algorithms categorized voters into audience groups, where 54% of those marked “deterrence” were Black, Hispanic, Asian and “other.”

“The 2016 campaign preceded the first fall in Black turnout in 20 years and allowed Donald Trump to take shock victories in key states like Wisconsin and Michigan by wafer-thin margins, reaching the White House, despite losing the popular vote to Hillary Clinton,” states the report.

The first presidential debate between Trump and opponent Joe Biden is scheduled for Tuesday.