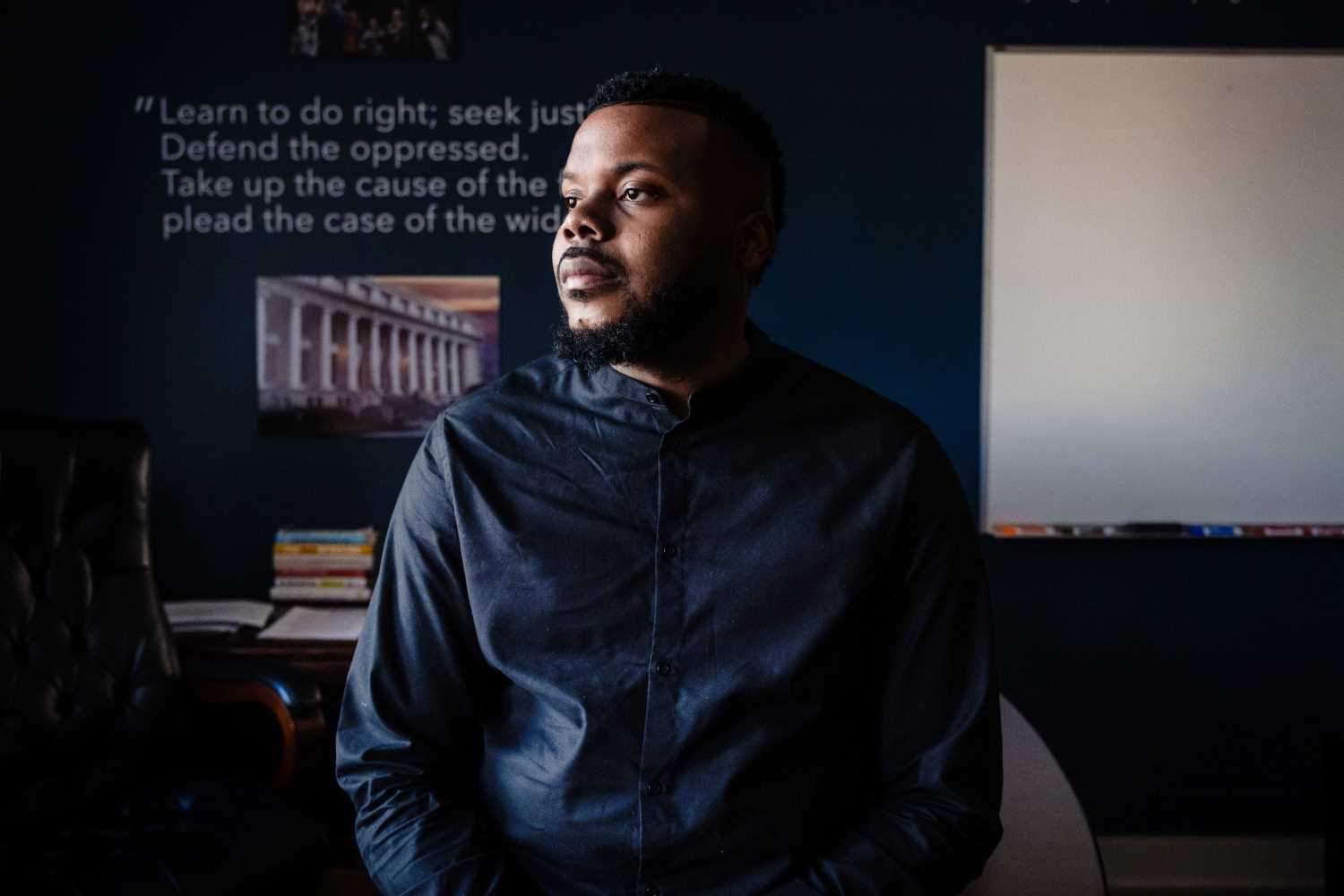 Protests erupted in various cities across the country on Wednesday after a grand jury in Jefferson County, Kentucky failed to bring charges against the police officers involved in the killing of Breonna Taylor. Only (now dismissed) officer Brett Hankison, who fired into Taylor's neighbors' apartment, was indicted on three counts of wanton endangerment.

It's the latest chapter in the cultural reckoning with racism that has gripped America since George Floyd was killed by a police in May.

But for Michael Tubbs, the 30-year-old Black mayor of his hometown, Stockton, California, the fight is nothing new. Tubbs says he has been working against racism for all of his three decades. And frankly, it's time for more people to take on the burden, he says.

"It's not on me to cure 400 years of racism. It is also not on Black people. If that was the case, we would have solved this in 1619, [in] 1492," Tubbs told CNBC Make It inJuly. (The first enslaved Africans arrived in the Americas in 1619 and Christopher Columbus arrived in America in 1492.)

"I need other folks … you represent Black people and all people too. You need to speak up and say something."

Tubbs, who spoke with CNBC Make It ahead of the release of an HBO documentary about his life in late July, shared three steps white and non-Black people can take to be supportive allies for Black people and to fight racism.

Educate yourself on what it means to be antiracist

"No. 1, we all just have to make a commitment to be actively antiracist," Tubbs tells CNBC Make It. Being "anti-racist," a term which was popularized by the book "How To Be An Antiracist" written by Ibram X. Kendi, means actively engaging with and dismantling systems that promote racism. It also requires accepting your own propensity to be unintentionally, says Tubbs.

"Part of that starts with education and part of it starts with a willingness to understand, even if I don't intend it, even if I'm a good person, because I live in a society that's been infected with this very, very contagious disease of racism — maybe some things I do are racist are rooted in racism," Tubbs says. "So I think that's the first step."

Talk to family and friends about racism

"I think it's having conversations with family members and others" about their beliefs, says Tubbs.

"That hard work of talking…to your family members, your aunties, your uncles, your mothers, your fathers, your cousins, your friends — about how [racism is] not just about Black people, it's about notions of human dignity."

Working to combat racism is, at its heart, "the very, very simple level that we really believe that all people are equal," says Tubbs, "and do we really want all people to be treated the same way by the institutions of American society."

Advocate for antiracist politicians and legislation

"On the policy level, it really starts with an understanding that — and it gives me no joy to say this, but — there's not one institution that treats Black people as well as white people in this country," Tubbs says. "It saddens me, because that just suggests that there is a lot of work to do — on every single institution."

In his role as mayor of Stockton, Tubbs sees the problems with the current systems and laws firsthand. He's also made a name for himself with innovative solutions, in particular the universal basic income program he is piloting in the city to help combat poverty.

There are going to have to be remedies for specific injuries done to Black people, Tubbs says, and undoing systemic racism will take time and consistent effort.

"It starts really with education and also an understanding that again, it's not just one thing," Tubbs says. For instance, racism is evident in everything from preschool — Black children are much more likely to be suspended starting in preschool — to the disproportionate struggle Black people and businesses have in getting loans, to the fact thatBlack college graduates have less wealth than white high school graduates, Tubbs says.

Racism is "systemic, it's insidious, but it's something we can change because we created this," Tubbs says. "It's on us to change it…."

Top economists Stiglitz and Piketty: The US needs a wealth tax on millionaires and billionaires

Michael Tubbs: From son of a teen mom and incarcerated dad to one of America's youngest mayors

Kamala Harris learned from her mom who always asked, 'Well, what are you going to do about it?'