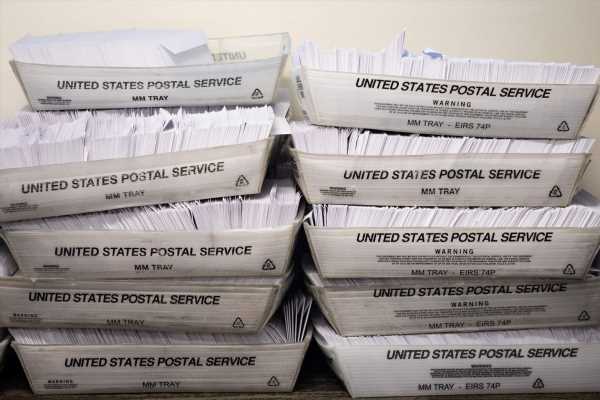 Black voters are seeing about 4% of their mail-in ballots initially rejected in the key swing state of North Carolina, twice the rate of White residents and a troubling sign for Democrats counting on one the party’s most loyal blocs.

As one of the first states to begin processing mail-in ballots, North Carolina offers an early glimpse into the the problems that may emerge as pandemic-wary voters across the nation try voting by mail for the first time. Because Democrats are choosing that option more than Republicans, ballot failures could cost challenger Joe Biden and benefit President Donald Trump.

Voter advocates said the ballot rejections they’re seeing in North Carolina stem largely from the higher portion of Black voters who haven’t previously utilized the mail-in process. Some voters are failing to complete information on ballot-return envelopes — such as an omitted signature or address. Officials say they are contacting voters to give them a chance to fix flawed ballots.

African Americans have favored voting in person in past elections and for many “this is their first time,” said T. Anthony Spearman, president of the North Carolina chapter of the NAACP, said. “These mistakes are prone to happen.”

Spearman posted a video on Facebook showing voters where to sign the envelope, and how to fill out witness information.

Spearman, who sits on Guilford County’s board of elections, said even if voters with problematic ballots are notified it might be too late. “As we waste time getting it back to the people, how much time are they going have to get it back to us?” he said.

The race of the voters is known because they have the option of listing their race when registering to vote in the state. Because the state has a Democratic governor, the bipartisan boards that conduct the initial reviews are majority Democratic.

In some counties the ballots of Black voters have problems at four times the rate of White ones, according to Hilary Harris Klein, an attorney with the voting rights group Southern Coalition for Social Justice.

Even though voters are able to rectify the errors, said Klein, “There is cause for concern when you look at the racial disparity.”

North Carolina began mailing out ballots to voters on Sept. 4. More than 198,000 had been returned through Thursday morning, according to figures supplied by the election board. About 1 million of North Carolina’s 7.2 million registered voters have requested vote-by-mail ballets, a 12-fold increase from this time in 2016, according to the Board of Elections.

About 55% of mailed ballots received so far in North Carolina are from Democrats, and 16% from Republicans, according to the state figures. Trump has disparaged voting by mail, and some Republicans have expressed concern his rhetoric could dissuade Republican voters from doing so.

North Carolina’s local boards are receiving ballots and scrutinizing the envelopes in which they arrive. They won’t be tabulated until election day Nov. 3.

Ballots are set aside, for instance, if the voter failed to sign the envelope or include the signature of a witness with that person’s name and address. The ballot is then held and local officials attempt to notify the voter so it can be fixed.

“We know that many people are voting by mail for the first time. We encourage all voters to read the instructions carefully and make sure all required fields are filled out,” Patrick Gannon, a spokesman for the state Board of Elections, said in an email.

Voters should “return their ballot at their earliest convenience. That way, if there are issues, the voter will have time to correct them,” Gannon said.

The rate of deficient ballots has been dropping in the past week as voters responded to messages telling them of problems, said Michael Bitzer, a professor at Catawba College in Salisbury, North Carolina.

“The system is working,” Bitzer said.

Trump won North Carolina by less than 4% in 2016. A shortfall in the Black vote, which trends to be strongly Democratic, could matter in close races, Bitzer said.

But he emphasized the unprecedented mail-ballot numbers are confounding predictions.

North Carolina isn’t alone in teething problems. Problems await across the nation, in part because states leave the cutoff for requesting ballots too close to Election Day, resulting in tardy voting, said Tammy Patrick, a senior adviser on elections at the Democracy Fund.

“We saw many rejections in the primaries because we had many people voting by mail for the first time” who weren’t aware of details of signature placement, Patrick said.

About 2% of the approximately 500,000 mailed ballots were rejected nationwide during the primaries this year, said Michael McDonald, a professor at the University of Florida who tracks voting.

Michigan residents, for example, voted by mail in the primary election this year in unprecedented numbers — and fouled up more ballots than Trump’s victory margin there in 2016.

With more Democrats voting by mail than Republicans, ballot failures could cost challenger Biden more dearly than they cost Trump.

“Could it affect the election results? If it’s very close it could,” McDonald said.