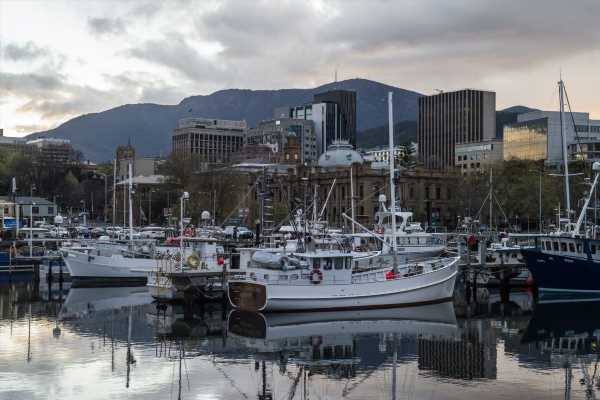 In the southernmost reaches of Australia, the pristine island of Tasmania has virtually eliminated the coronavirus by cutting itself off from the mainland.

The remote state’s four-month run without local transmission puts it among the world’s most successful places in curbing Covid-19. But the economic cost for the island, where almost 1 in 5 jobs is reliant on tourism, is mounting.

“It’s been devastating,” said Robert Pennicott from his base at Hobart’s picturesque harbor. With the state’s border shuttered to non-residents since April, his wilderness tour business is running at just 20% capacity, with most of his 17 boats idle. “Tasmania is full of innovative owner-operators, but a lot won’t get through to the other side,” the 55-year-old said.

The pandemic has caused fractures in Australia, with Queensland, Western Australia and South Australia among other states that pulled up the drawbridge to defend their success in containing community transmission. Prime Minister Scott Morrison is pushing for such restrictions, which have also impacted the agriculture and mining industries, to be dropped by Dec. 1, saying they’re a dead weight for an economy that’s plunged into its first recession in almost 30 years.

While some states this month have incrementally opened up, Victoria, where Melbourne’s 5 million residents are under lockdown amid a resurgence of the virus, remains cut off from the rest of the country. Many New South Wales residents still face a patchwork of restrictions from other states.

Nationally, the economy contracted by the most on record last quarter, with gross domestic product plunging 7% from the first three months of the year. The deep contraction was heavily driven by services sectors. Food and accommodation saw activity plunge 39%, arts and recreation dropped 22.6% and transport services — including air travel — fell 21.5%.

While improved weather after widespread drought in 2019 buoyed agriculture — keeping the quarterly decline to 1.9% — the sector has also been hit by the border closures and is suffering from labor shortages.

The mango industry in the country’s north has been forced to fly in and quarantine workers from Vanuatu to help with the current harvest, while citrus growers have said fruit risks being left to rot if restrictions aren’t eased. The wool industry has also warned of a shortage of shearers.

Tim Mooney is one of the lucky ones, securing permits to allow workers to cross from Queensland to his grain farm in Croppa Creek, about 60 kilometers from the border in New South Wales, in time for harvest.

“We’ve had to fight tooth and nail to try and maintain access across the border that we’ve needed,” he said.

The closures could have caused havoc for the mining industry in Western Australia, which typically relies on fly-in, fly-out workers. But as the state prepared to shutter its borders in April, BHP Group moved about 1,000 people from across Australia in a single weekend.

Miners are now being urged to prepare for a longer-term future of restricted travel and sporadic virus disruptions by encouraging staff to permanently relocate. Western Australia Premier Mark McGowan has rebutted Morrison’s plan to reopen in December, saying his state should be left alone to power the nation’s economic recovery through its massive resources exports.

Tasmania, renowned for its wild coastlines and ancient forests, isn’t faring as well. The economy contracted 7.4% in the three months to June 30. Many high-end restaurants in Hobart, the state capital, are shuttered. The celebrated Museum of Old and New Art, which drew thousands of tourists from the mainland every week, is closed until late 2020.

Nevertheless, conservative Premier Peter Gutwein’s popularity among the island’s population of just over 500,000 has soared during the pandemic, with 70% of voters preferring him to the main opposition leader, from 39% in March. For those not dependent on tourism, a largely Covid-free life has trumped the freedom to travel.

While tour boat operator Pennicott says he backed the decision to close the border and is comfortable with the plan to reopen by December if it’s safe to do so, he fears for the future if there’s a delay.

— With assistance by David Stringer, and Ainslie Chandler