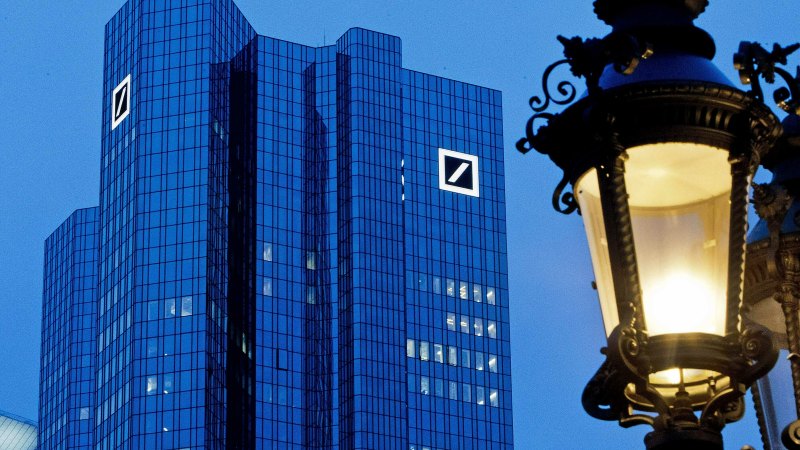 We've just had the closest look yet at the global battle against money laundering, and it's deeply troubling: Banks and their regulators are nowhere near restraining the flow of trillions of dollars of illicit funds.

Both the finance industry and the authorities are to blame. Without an urgent, concerted political effort, criminals – from drug dealers and terrorists to human traffickers – will keep the upper hand. 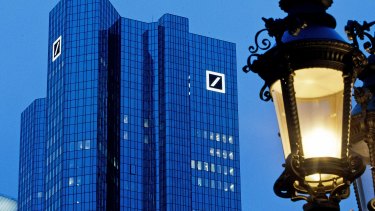 The investigation revealed that reports flagged up to $US2 trillion of fund flows, $US1.3 trillion from Deutsche Bank, that may have stemmed from criminal activity.Credit:AP

In a year-long investigation by BuzzFeed and the International Consortium of Investigative Journalists, reporters pored over about 2100 suspicious activity reports, or SARs, which lenders file to the US Treasury's Financial Crimes Enforcement Network (FinCEN) when they spot potential money laundering and other bad behaviour.

While the number of SARs reviewed by the journalists dwarfs any previous access to these confidential documents, they're still just a tiny fraction – 0.02 per cent – of the 12 million or so SARs that were probably filed during the period in question, mostly 2011 through 2017. Also, the sample isn't representative of overall banking activity. Some records stem from the US congressional investigation into interference with the 2016 presidential election. Almost half of the SARs came from Deutsche Bank.

Still, the sums and the patterns of failings are staggering. This small number of reports alone flagged up $US2 trillion ($2.8 trillion) of fund flows, $US1.3 trillion from Deutsche Bank, that may have stemmed from criminal activity. And the FinCEN Files are just the tip of the iceberg, as Transparency International put it.

The UK, home to more than 600 companies flagged in the reports, appears to be the biggest hub for dodgy money flows, with the US second. Britain clearly hasn't done enough to tighten laws against money launderers. A huge web of enablers, from lawyers to accountants and bankers, helps oil the wheels of illicit finance through London.

Banks, for their part, are too slow if not outright negligent in submitting SARs. More than a fifth of the documents included in the submissions related to subjects whose addresses weren't known to the banks, including companies with whom the lenders were already banking.

SARs, which should be filed within 60 days of detecting potential criminal activity, were sometimes submitted years later. According to the BuzzFeed/ICIJ report, that was allegedly the case with JPMorgan Chase & Co., which processed payments for Paul Manafort, President Donald Trump's former campaign manager, after he resigned from the 2016 campaign amid money-laundering allegations. HSBC kept moving money for an investment fund that was already under investigation over allegations it was a Ponzi scheme, the report says.

Alarmingly, banks often just rely on internet searches to find out who their clients are and only file suspicious reports after news breaks or formal investigations are launched. In the bundle of SARs reviewed by the reporters, the median filing time since the suspicious activity began was 166 days. Imagine how far those funds would have gone in half a year.

As the speed of payments accelerates and virtual currencies proliferate, criminals will find new ways to move money. Banks and their supervisors collectively need to do much, much better.

The reviewed SARs pertain to a period when many banks were already being investigated and punished for failing to adhere to money-laundering regulation. But the billions of dollars in fines levied against them haven't changed behaviour much.

Having a bigger legal stick with which to whack errant bankers and other enablers would help. So too would a rethink of how money laundering is tackled by policy makers. Police forces and national regulators don't only struggle to cooperate across borders; even within some crime agencies, various units don't always share information.

Tom Kirchmaier, a policing and crime researcher at the London School of Economics, suggests a three-step solution. For starters, the SARs filings must be standardised. Far too much information is submitted in narratives that are impossible to scrutinise. FinCEN employs about 270 employees, receiving up to 2 million SARs every year. "We're still stuck in the 19th century," Switzerland's former top money-laundering cop Daniel Thelesklaf says of his nation's paper-based efforts.

Lastly, Kirchmaier says humans need to be removed from the process as far as possible. Crime agencies should be able to automate the screening of SARs and report back to banks, providing them with an assessment of the risk associated with a particular client, for example. And lenders ought to be able to stop transactions to flagged entities without so much human intervention.

A radical improvement in the fight against money laundering may not be possible overnight, but – as I've written before – the system isn't working. As the speed of payments accelerates and virtual currencies proliferate, criminals will find new ways to move money. Banks and their supervisors collectively need to do much, much better.

Elisa Martinuzzi is a Bloomberg Opinion columnist covering finance. She is a former managing editor for European finance at Bloomberg News.