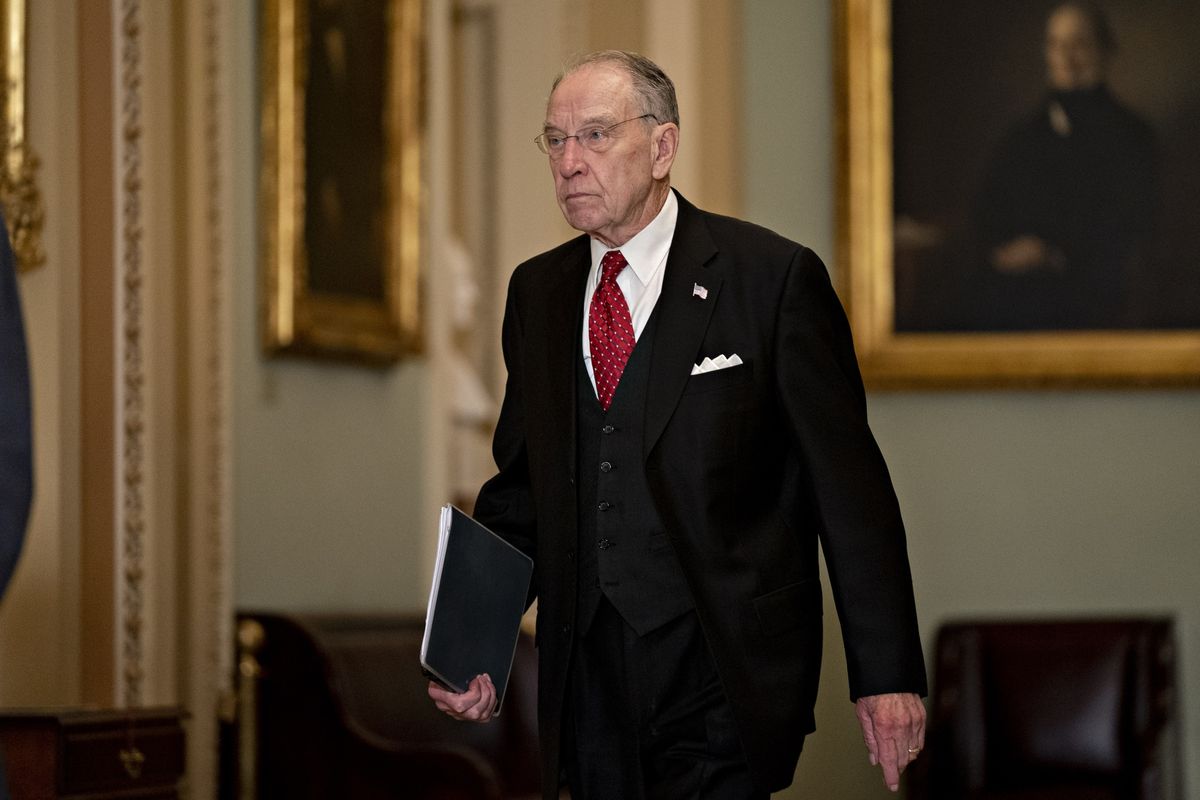 Grassley was the chairman of the Judiciary Committee during the 2016 election and helped lead an effort to prevent President Barack Obama from filling a vacancy on the court, saying voters should decide who would shape the court. He said his past comments about not filling a high court opening in an election year don’t apply in the current circumstances.

“Over the years, and as recently as July, I’ve consistently said that taking up and evaluating a nominee in 2020 would be a decision for the current chairman of the Judiciary Committee and the Senate majority leader,” Grassley said. “Both have confirmed their intentions to move forward, so that’s what will happen.”

Grassley said it would be his responsibility, once hearings are under way, “to evaluate the nominee on the merits, just as I always have.”

Voters elected Trump in 2016 and expanded the Republican Senate majority in 2018 with the possibility of a Supreme Court vacancy as one of the “key issues” on their minds, he said. “The American people’s voices in the most recent election couldn’t be clearer.”

Grassley also said he was sure Democrats would do the same if the situation were reversed.

“If the shoe were on the other foot, Senate Democrats wouldn’t hesitate to use their Constitutional authority and anything else at their disposal to fill this seat,” he said.

Grassley’s move wasn’t unexpected — Republicans are under enormous pressure to replace the late Ruth Bader Ginsburg, a staunch liberal, with a conservative who could potentially overturn abortion rights, the Affordable Care Act and establish a conservative majority on the court for a generation.

Cory Gardner of Colorado, who faces a tough re-election fight, joined with most of his GOP colleagues and backed moving forward on a Trump nominee.

“I have and will continue to support judicial nominees who will protect our Constitution, not legislate from the bench, and uphold the law,” he said in a statement. “Should a qualified nominee who meets this criteria be put forward, I will vote to confirm.”

The fresh statement by Gardner adds to the momentum for a quick confirmation push. Earlier Monday, Senator Joni Ernst, an Iowa Republican, who, like Gardner, is battling to keep her seat, also supported proceeding with the nomination.

A few Republicans have yet to make public statements about where they stand on filling the post before the election, including Utah Senator Mitt Romney, a frequent Trump critic. He said he may reveal his intentions after GOP senators meet on Tuesday.

Republicans, Susan Collins of Maine and Lisa Murkowski of Alaska, oppose moving forward before the election.