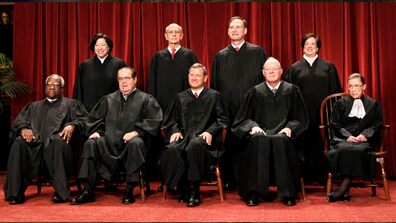 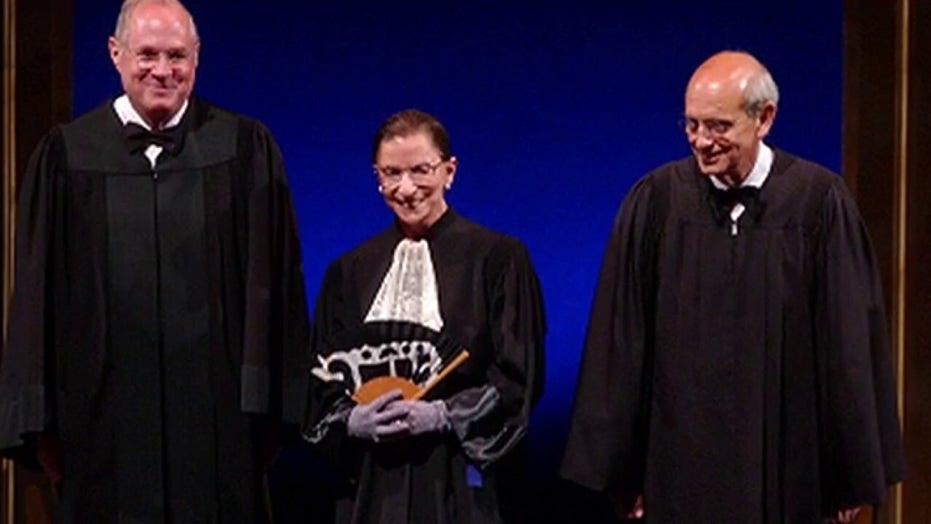 Chris Scalia: Friendship between my father and Ginsburg was remarkable

With the passing of Justice Ruth Bader Ginsburg, many people wonder how she and my father, the late Justice Antonin Scalia, managed to be such good friends despite having such different views about the law.

It seems so unlikely to some people that they ask me bluntly, “I hear they were friends – is that true?”

Yes, it is. The friendship began when they were judges on the U.S. Court of Appeals for the D.C. Circuit in the early 1980s. They enjoyed working together, and they had many things in common.

MALCOLM AND SLATTERY: RUTH BADER GINSBURG WAS A LIONESS OF THE LAW

They were born in New York City around the same time, though in different boroughs. They made each other laugh. They loved opera – there’s even an opera about them. Their spouses were friends, too. My mother, Maureen, adored Marty Ginsburg, and among the things those two shared was a love of cooking.

My parents celebrated many a New Year's Eve with the Ginsburgs, visiting their apartment to enjoy one of Mr. Ginsburg’s gourmet creations and celebrate long into the night.

One of the most remarkable things about their friendship, as far as I’m concerned, right up there with their ideological differences, was that this set of old-timers could stay up into the wee, small hours of the morning every year, out-partying their children.

Marty Ginsburg’s death in the summer of 2010 affected my parents deeply; my mother still misses trading recipes with her friend. The first New Year's Eve after his passing, Justice Ginsburg went over to their house for a more subdued celebration. My wife and I, who’d gotten married that summer, were visiting my parents, and I had the chance to crash their party for a few minutes.

I was an English professor at the time, which I thought was why Justice Ginsburg began telling me a story about an English class she had taken in college.

One day, she said, the professor was returning a quiz about a Dickens novel, and he singled out the only student who had answered a particular question correctly. In front of the entire class, the professor praised the student – who happened to be a young man named Marty Ginsburg. This made quite an impression on the young Ruth Bader, though I don’t think it was the only reason she married him.

At the end of her story, Justice Ginsburg mentioned that the professor of that class was Vladimir Nabokov, the world-renowned novelist. She knew I’d appreciate that detail – studying Dickens with Nabakov! – but it wasn’t the real reason she told me about that class. She wanted to share with a newlywed the origin of her own long and happy marriage. It wasn’t advice, exactly, but it was certainly inspiration.

Not that she didn't give advice. My father explained that another reason for their friendship was that “we are both kibitzers,” using a Yiddish term for someone who likes to give unsolicited counsel. “We like to kibitz and we don’t mind being kibitzed.” They formed what he called “a mutual improvement society.”

The point is that they didn’t let differing and deeply held convictions undermine their dear friendship.

She wouldn’t just correct his typos or change punctuation – she helped him strengthen his arguments, and I can’t imagine they were often arguments with which she agreed. She, too, appreciated this aspect of their relationship: “When we disagreed, my final opinion was always clearer and more convincing than my initial circulation,” she said. “Justice Scalia homed in on all the soft spots, energizing me to strengthen my presentation.”

Judge Jeffrey Sutton, one of my father’s former clerks, tells a story about visiting my father at the Supreme Court on what happened to be Justice Ginsburg’s birthday. My dad had bought his old friend two dozen roses for the occasion, and Judge Sutton started teasing him, joking that there was no point to a gift like that when Justice Ginsburg had never sided with him in an important 5-4 case.

My father replied, “Some things are more important than votes.”

The point of this story isn’t that my father or Justice Ginsburg changed their votes to please the other, or that they pulled any punches when writing differing opinions – indeed, they are both known for their strong dissents. The point is that they didn’t let those differing and deeply held convictions undermine their dear friendship.

This has already been one of the most difficult and divisive years in living memory; with Justice Ginsburg’s passing, it will become more so.

Reasonable people of good faith will disagree about important issues. You and your friends will likely hold very strong, very different opinions about what course our country should take and who should lead us there.

A healthy republic requires citizens to debate those issues forcefully and peacefully; a healthy society needs citizens to remember that political disagreement need not turn friends into enemies. My father and Justice Ginsburg mastered this balance. We’ll all need to do the same in the difficult months before us.

It is appropriate to give the last words over to my father, words that he delivered to celebrate Justice Ginsburg’s tenth anniversary on the D.C. Circuit many years ago. My father was on the Supreme Court by then; she wasn’t yet, so he ended his roast with some sincere thoughts about their time working together. I imagine that what Dad said then is close to what he’d say today, were he here to mourn her passing: