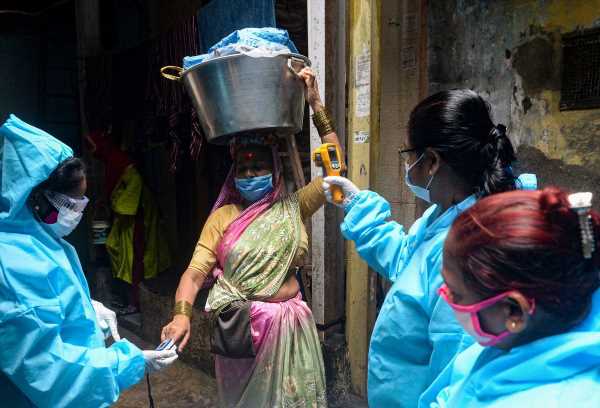 India announced a record number of coronavirus infections for a single day as the world’s second-most populous nation becomes the latest epicenter of the pandemic that has already swept through Europe, the U.S. and South America.

As many 78,761 new cases were reported Sunday, according to data from the health ministry. The U.S. had set the previous highest number for a single day at 77,638 on July 17, according to Agence-France Presse.

From a former president to multiple ministers in Prime Minister Narendra Modi’s cabinet, the virus has spread further from India’s biggest cities to its vast hinterland, where most of the population lives and health infrastructure is mostly archaic. India has the most number of confirmed cases worldwide after the U.S. and Brazil, while it’s fourth in the overall list of deceased.

With one of the world’s fastest-growing epidemics but also one of the lowest testing rates, India in late June started to use quick antigen tests to ramp up detection. But the tests, which can report false negatives as much 50% of the time, threaten to obscure the true picture of its outbreak, further challenging containment efforts.

Between 25%-30% of the country’s daily tests now are rapid antigen tests, Balram Bhargava, the director general of the Indian Council of Medical Research, told reporters at a briefing in New Delhi. It was the first time India’s premier research group had broken down the testing data — the ICMR’s website still does not specify what type of tests are being done in its daily data.

Despite the surge in recent weeks, India continues to ease the restrictions as the economy faces the biggest contraction in four decades. The government announced new re-opening steps on Aug. 29 that includes permitting metro rail services to resume in a graded manner from Sept. 7, and barring provinces from local lockdowns other than in containment zones.