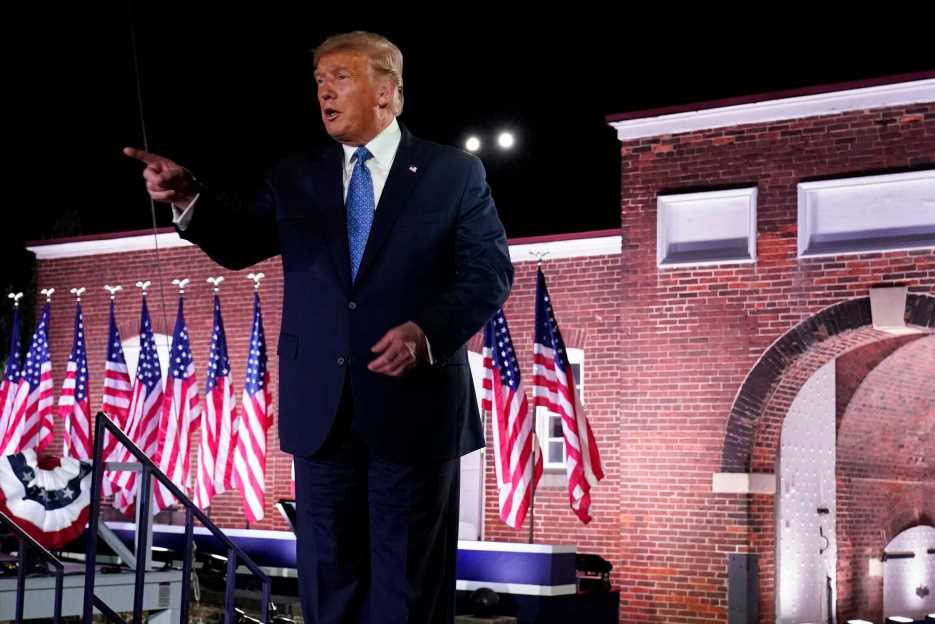 The third night of the Republican National Convention, like every night of the convention, has featured Black Americans — notably Black men — praising Trump’s leadership.

Speakers repeated the same, albeit misleading, statistic: that unemployment among Black Americans fell under the Trump administration (They did not mention that Black unemployment has risen the fastest since the beginning of the coronavirus pandemic and has recovered the slowest, according to the Bureau of Labor Statistics). They’ve highlighted the Republican tax bill’s “opportunity zones” and said Democrats take Black voters for granted.

Burgess Owens, a Black former football player and Republican nominee for Utah’s 4th Congressional District, highlighted a recent gaffe of Joe Biden’s: “We have a Democrat candidate for president who says that I’m “not Black” if I don’t vote for him,” Owens said. “Now, more than ever, we need leaders who stand by their principles and won’t compromise their values for political opportunities.”

Jack Brewer, another former football player, identified himself as a lifelong Democrat who supports Trump, saying that “all lives need to matter” and telling Black voters to look past Donald Trump’s “tone.”

“Because you have an issue with President Trump’s tone, you are going to allow Biden and Harris to deny our underserved Black and brown children school choice,” Brewer said. “Are we so offended by President Trump’s campaign slogan ‘Make America Great Again’ that we are going to ignore that Joe Biden and Kamala Harris have collectively been responsible for locking up countless Black men for nonviolent crimes?”

And Clarence Henderson, a conservative activist who participated in the 1960 Greensboro sit-ins, said: “Donald Trump truly cares about Black lives. His policies show his heart. He has done more for Black Americans in four years than Joe Biden has done in 50.”

But in between these testimonials from Black men was a much louder message from Trump’s closest allies, one that marginalized Black Americans and those who are allied in their protests against police brutality and white supremacy. 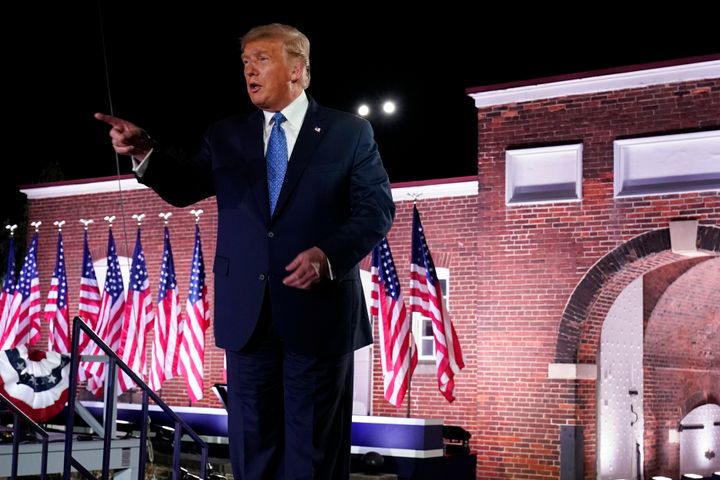 On Wednesday morning, a Trump-supporting teenager was accused of fatally shooting two demonstrators and injuring another during a protest against racial injustice in Kenosha, Wisconsin, just days after a Black man was shot by police in front of his children. That something had happened in Kenosha was referenced by name only once, by Vice President Mike Pence — who said only the location.

The RNC is deliberately showcasing Black voices to defend Trump’s record. But this is the same RNC that featured the McCloskey couple, who had waved guns at St. Louis protesters in June, with a warning for suburbanites. “What you saw happen to us could just as easily happen to any of you who are watching from quiet neighborhoods around our country,” the couple said Monday.

This RNC Isn’t About Party Building

Conventions are often a venue to give political candidates up and down the ballot a national platform. In a year when Republicans are on the defensive, not only in the White House but also in the Senate, where Democrats are hoping to win a majority, the Republican convention doesn’t seem to be focused on party building. The focus has been on Trump and Trump alone so far.

Only two senators spoke on the third night of the convention: Blackburn, who won a six-year term in 2018, and Sen. Joni Ernst (R-Iowa), who, more notably, is up for reelection in November in a race Democrats think they have a shot at.

Ernst, in a pre-recorded video from an Iowa farm, spent her time on the national stage focusing on Iowa-specific issues, from recent storms to changes in ethanol regulations. She also did a lot of praising of Trump.

“The Democratic Party of Joe Biden is pushing this so-called Green New Deal. If given power, they would essentially ban animal agriculture and eliminate gas-powered cars,” Ernst said. “Folks, this election is a choice between two very different paths: freedom, prosperity and economic growth under a Trump-Pence administration; or the Biden-Harris path, paved by liberal coastal elites and radical environmentalists, an America where farmers are punished, jobs are destroyed and taxes crush the middle class.”

The third night did feature Madison Cawthorne, a 25-year-old Republican nominee for White House chief of staff Mark Meadows’ former congressional district in western North Carolina. His presence may go a long way to show a young rising politician in the party. But another North Carolina Republican was notably absent: Sen. Thom Tillis, who is underwater in the polls and a prime target for Democrats.

It’s Clear Trump Takes No Responsibility For The Economic Crisis

There are two economies, as far as the RNC is concerned: the one before the pandemic that was stable and saw unemployment fall, which Republicans — specifically Trump – take full credit for, and then the current economy, with tens of millions of newly unemployed Americans, because of a raging coronavirus pandemic. That economy has rarely been mentioned at the RNC, and if it is, it is blamed on “communist China.”

Lara Trump emphasized that “4.3 million new jobs have been created for women — in 2019 alone, women took over 70% of those new jobs. Female small-business ownership remains at an all-time high. And 600,000 women have been lifted out of poverty, all since President Trump took office.”

Henderson highlighted “the record number of jobs he created for the Black community ― and the investment he drove” into Black neighborhoods.

Of course, there’s not a lot about these statistics that hold true today. Black Americans have been disproportionately ravaged by the pandemic, facing higher mortality rates along with greater unemployment. Economic recovery has been slower than the Trump administration promised. And economists predict more people will fall into poverty because of it.

As Kevin Robillard wrote for HuffPost, it’s as if the RNC is taking place in a different time, when COVID-19 and its economic fallout either didn’t happen or has become a thing of the past.