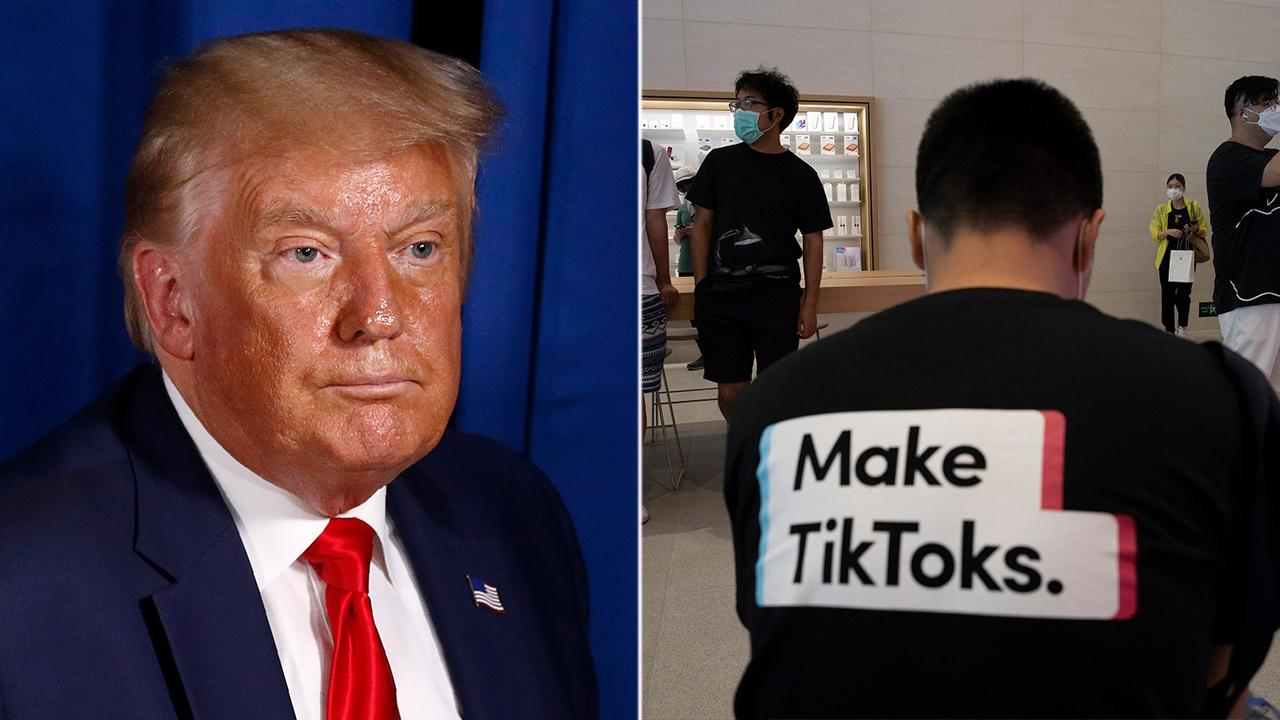 Social media giant TikTok is planning to sue the Trump administration as soon as next Tuesday over its planned ban of the app in the United States, according to an NPR report.

TikTok declined to comment on a potential lawsuit to FOX Business Saturday, but the company has said that it will do whatever is possible to ensure that TikTok is treated fairly.

“We will pursue all remedies available to us in order to ensure that the rule of law is not discarded and that our company and our users are treated fairly – if not by the Administration, then by the US courts,” TikTok said in a statement.

NPR reports that the lawsuit will argue the ban is unconstitutional and that its national security justification is baseless.

Trump and other U.S. officials have expressed concern about TikTok for several months now, and the President followed through with his threats by announcing an executive order Thursday banning “any transaction” with TikTok’s Beijing-based parent company ByteDance in 45 days.

The Trump administration’s main concern is that a 2017 national security law in China requires Chinese companies and individuals to cooperate with state intelligence, and forbids them from disclosing their cooperation.

“TikTok automatically captures vast swaths of information from its users, including Internet and other network activity information such as location data and browsing and search histories,” the executive order reads. “This data collection threatens to allow the Chinese Communist Party access to Americans’ personal and proprietary information.”

TikTok disputes this, and said Friday that it “has never shared user data with the Chinese government, nor censored content at its request.”

WHY MICROSOFT LEADS IN TIKTOK PURSUIT

"It's based on pure speculation and conjecture," NPR’s source told the outlet. "The order has no findings of fact, just reiterates rhetoric about China that has been kicking around."

Multiple American companies, including Microsoft, Google, and Facebook, have expressed interest in buying TikTok.  President Trump has insisted that the U.S. Treasury get a cut of whatever deal is made, which could complicate the negotiations.