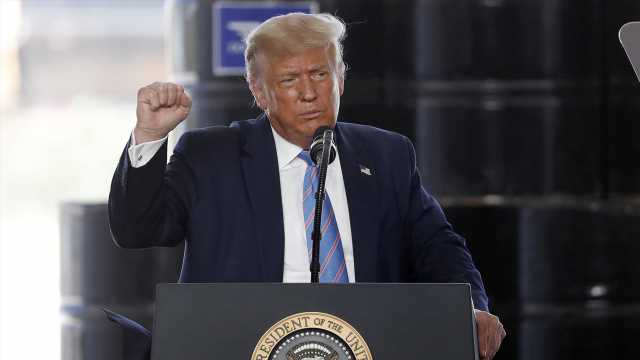 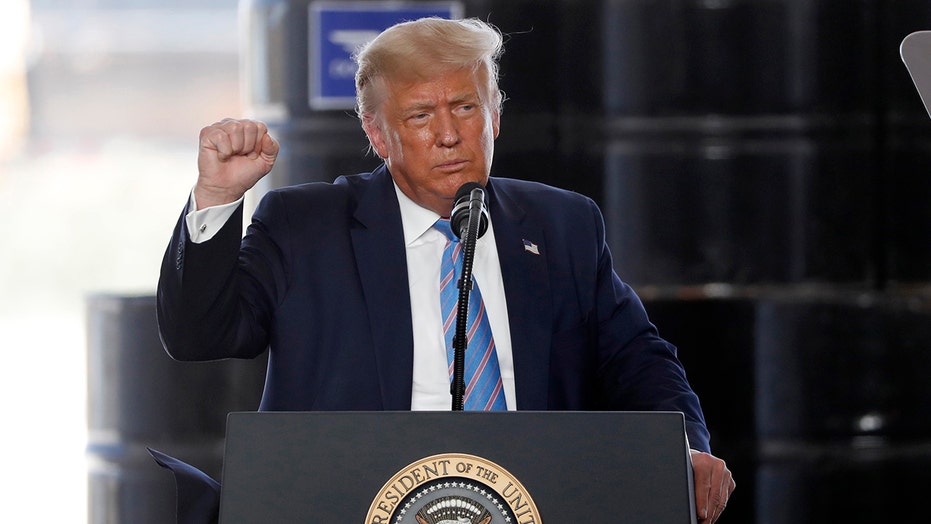 One of President Trump’s most important accomplishments in office has been the energy revolution that has led to sharply increased oil and natural gas production and job creation in the U.S. But our days of energy insecurity and dependence on other nations in unstable areas of the world to meet our energy needs will return if former Vice President Joe Biden wins the November election.

The Trump administration’s deregulatory policies, combined with a rapidly innovating domestic energy industry, led to the U.S. becoming a net exporter of petroleum products in 2019 — including gasoline, diesel fuel and crude oil — for the first time since 1949.

This surge in American energy production has saved Americans more than $200 billion a year on energy costs for their cars, trucks, homes and businesses. Further, these lower energy costs provide an even greater benefit to lower-income households, which typically spend a larger share of their earnings on energy.

Today the oil and natural gas industry supports more than 10 million jobs in the U.S. and is more important than ever at a time when the coronavirus pandemic has shut down many businesses and sent unemployment soaring. As bad as our economy is suffering now, things would be a lot worse if we had to rely on imported energy produced by foreign workers.

The president trekked to Midland, Texas — the hometown of the last Republican president — Wednesday to an oil rig operated by Double Eagle Energy and directly addressed the threat posed to America’s energy dominance by Democrats, whose energy policies now embrace the war on fossil fuels being waged by the radical left.

“We’re… here to send a clear message to the zealots, radicals, and extremists trying to shut down your industry and to make America subservient to foreign producers,” Trump said. “That won’t happen to this nation again.”

We are going to tell the Washington politicians trying to abolish American energy — don’t mess with Texas… America is now the Number One energy superpower anywhere in the world,” the president said.

Trump also lauded the military veterans now working in the oil and gas fields, praising them for continuing to serve their nation by producing energy.

During his trip to Texas, the president announced the signing of four energy-related project permits, including for pipelines that will export American natural gas to Mexico to provide clean power to our southern neighbors’ homes, steel mills and factories.

The president also noted that, due to effectively enforced environmental rules, America’s clean energy revolution has improved air and water quality here while slashing our reliance on energy imports from nations with a poor environmental track record.

U.S. air quality has improved by 77 percent since 1970, including 7 percent under President Trump. Powered by the increasing use of natural gas, the electricity sector reduced carbon dioxide emissions by 15 percent per kilowatt-hour below the government’s 2017 projections when President Trump took office.

During the campaign for the Democratic presidential nomination, Biden was forced to the left, adopting positions he appears to have forgotten — for now. For instance, Biden called for “…no more drilling on federal lands, no more drilling including offshore, no ability for the oil industry to continue to drill, period” and “no new fracking.”

Fracking — the term for hydraulic fracturing — frees oil and natural gas trapped underground using water and chemicals and has been the key to increased U.S. energy production. The technique is safe and does not harm the environment, but opponents of fossil fuels want to ban it to give a boost to renewable energy production.

Biden announced a $2 trillion energy plan July 14 that promises to spread public money across most of the energy sector. This makes it clear that Biden’s approach to energy represents a doubling down on policies imposed by President Barack Obama’s administration, with government officials picking winners and losers (remember Solyndra?) as energy costs to consumers increase sharply.

Furthermore, Biden appears to have stepped back (to some degree) from his “no fracking” pledge, with a campaign spokesperson saying Biden “does not support a complete ban on fracking.”

Apparently drawing a link to widespread urban unrest, Biden’s plan calls for a “Clean Energy Revolution and Environmental Justice.” It has nine planks:

Reverse Trump’s regulatory reforms (in other words, impose costly regulations on energy production that would raise energy costs to consumers).

Move the U.S. on a path to net-zero carbon dioxide emissions by 2050 (some oil and gas industry leaders like this, because it includes massive subsidies for carbon sequestration deep underground).

Reengage on international commitments to reduce carbon emissions (none of which can be practically enforced).

Enact a carbon tax through regulation, while holding corporate officials personally responsible for violating “climate pollution” rules with prison time (this would sharply increase the costs of energy production).

Create 10 million union jobs (this claim is highly questionable, and doesn’t mention the millions of jobs the Biden plan would destroy in the oil, natural gas and coal industries).

Make coal companies pay more into the government’s black lung benefits program (yet another blow to increases the cost of producing coal).

Trump’s sole mention of Biden in his Texas speech came about halfway through when he linked the former vice president to socialist Rep. Alexandria Ocasio-Cortez’s “nearly $100 trillion Green New Deal disaster … which would ban oil and gas leasing on all federal lands. … (with) no fracking.”

And the president then went on to ask Texas Republican Gov. Greg Abbott, “…how do you think that works in Texas? No fracking, no drilling, no oil. I don't think Biden is going to do too well in Texas.”

More importantly, the American people wouldn’t do too well under Biden’s energy policies.