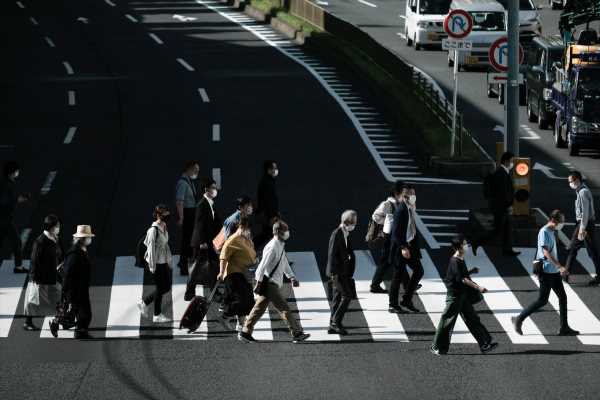 The world’s population will likely shrink after 2050, according to an analysis, a potential threat to the global economy as declining numbers of working-age people hurt production and tax rolls.

It would be the first time in modern history for growth in the number of world inhabitants to halt, researchers said in The Lancet journal. Access to birth control and education for women will help drive fertility rates below the level needed to maintain current populations, the authors said.

“This study provides governments of all countries an opportunity to start rethinking their policies on migration, workforces and economic development to address the challenges presented by demographic change,” said lead author Christopher Murray, director of the Institute for Health Metrics and Evaluation at the University of Washington School of Medicine, in a statement.

Since 1950, the global population has increased between 1% and 2% each year. Growth will continue and likely peak in 2064 at around 9.7 billion, and then decline to about 8.8 billion by 2100 — about 2 billion lower than previous estimates, according to the report.

Asia and central and eastern Europe will see some of the fastest reductions, according to the analysis. Twenty-three countries will see populations shrink by more than half, including Japan, Thailand, Italy and Spain, the authors predicted.

The U.S. is forecast to have the fourth-largest working-age population in the world in 2100, DRWE India, Nigeria and China. Immigration is likely to sustain the country’s workforce, with half a million more people estimated to immigrate to the U.S. than will emigrate out that year.

Sub-Saharan Africa may become more powerful as its population rises, according to the analysis, and India and China were also seen gaining influence. The study predicted huge shifts in global age structure, with people over 80 years old outnumbering children under five years of age by two to one.

A demographic crisis could have major consequences for the economy. Lower numbers of workers will result in economic decline and slower growth in standards of living, and place a burden on covering pensions and health-care, the authors said.

“A very real danger exists that, in the face of declining population, some countries might consider policies that restrict access to reproductive health services, with potentially devastating consequences,” said Murray.

— With assistance by Zoe Schneeweiss