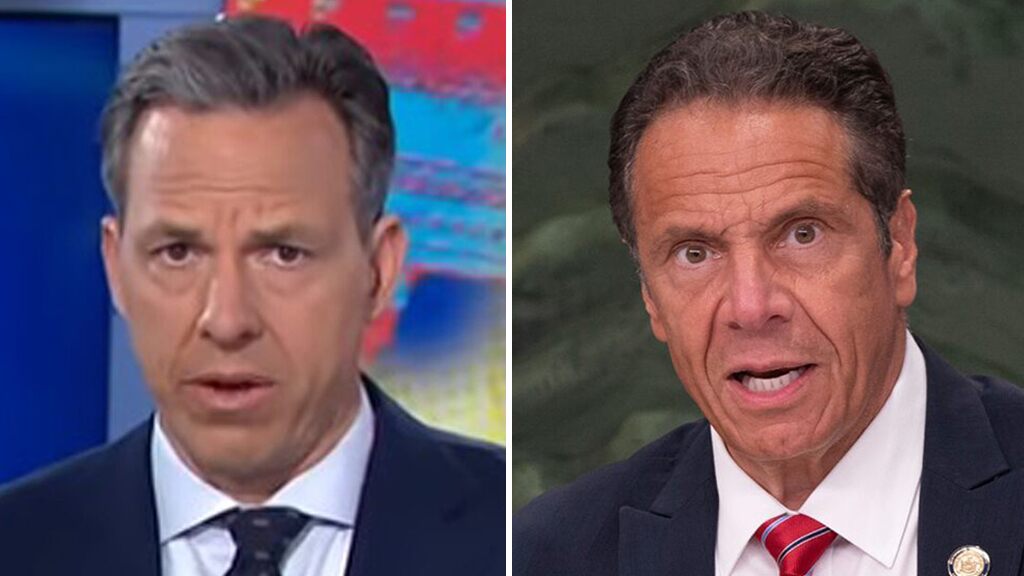 CNN has largely refrained from offering critical coverage of New York Gov. Andrew Cuomo's handling of the coronavirus pandemic, but anchor Jake Tapper tore into him on Tuesday after the Democrat appeared on late-night TV and unveiled merchandise touting his state's response to the virus.

On Monday, Cuomo debuted a poster he designed called "New York Tough" that he suggested captures the journey his state went through while addressing COVID-19.

However, Tapper blasted the governor over his "victory tour."

"New York's Democratic governor Andrew Cuomo seems to be on something of a victory tour congratulating the state and himself for defeating the virus," Tapper began before pointing to the poster filled with "inside jokes" that Cuomo is selling.

"There are no illustrations, however, of the more than 32,000 dead New Yorkers, the highest death toll by far of any state. No rendering on that poster of the criticism that Governor Cuomo ignored warnings, no depiction of the study that he could have saved thousands of lives had he and Mayor De Blasio acted sooner, no painting of his rescinded order that nursing homes take all infected patients in," the CNN anchor continued.

Tapper accused Cuomo of "revisionism" and "crowing," which he insisted was "offending a lot of New Yorkers."

Earlier in the day, "The Lead" host blasted the governor over his Monday night appearance on "The Tonight Show."

"NY state has lost more than 32,000 lives to COVID-19. So while it's great that the numbers have gone down, it's perplexing to see crowing, Cuomo going on Fallon, etc. No other state has lost as many lives, not even close. New Jersey is next with 17,000+," Tapper began a Twitter thread. "Yes, this has been a major challenge for every leader, but New York's leaders do not have a success story to tell. It's been about missteps and late actions."

The poster Cuomo himself designed depicts a mountain with essential workers pulling a rope symbolizing how the state flattened the curve.

On top of the poster reads a quote attributed to the governor, "Wake up America! Forget the politics, get smart!"

The poster features an airplane with "Europeans," "COVID-19," "Jan-Mar," and "3 million" on it, suggesting that the virus mostly came from travels flying in from Europe instead of China, where the disease is believed to have originated.

Also seen on the poster are masks and President Trump sitting on a crescent moon saying, "It's just the flu."

The poster costs $14.50 plus shipping and handling and that "New York State does not profit from the sale of this poster."

The Associated Press reported last week that “New York hospitals released more than 6,300 recovering coronavirus patients into nursing homes during the height” of the coronavirus pandemic under a “controversial, now-scrapped policy.”