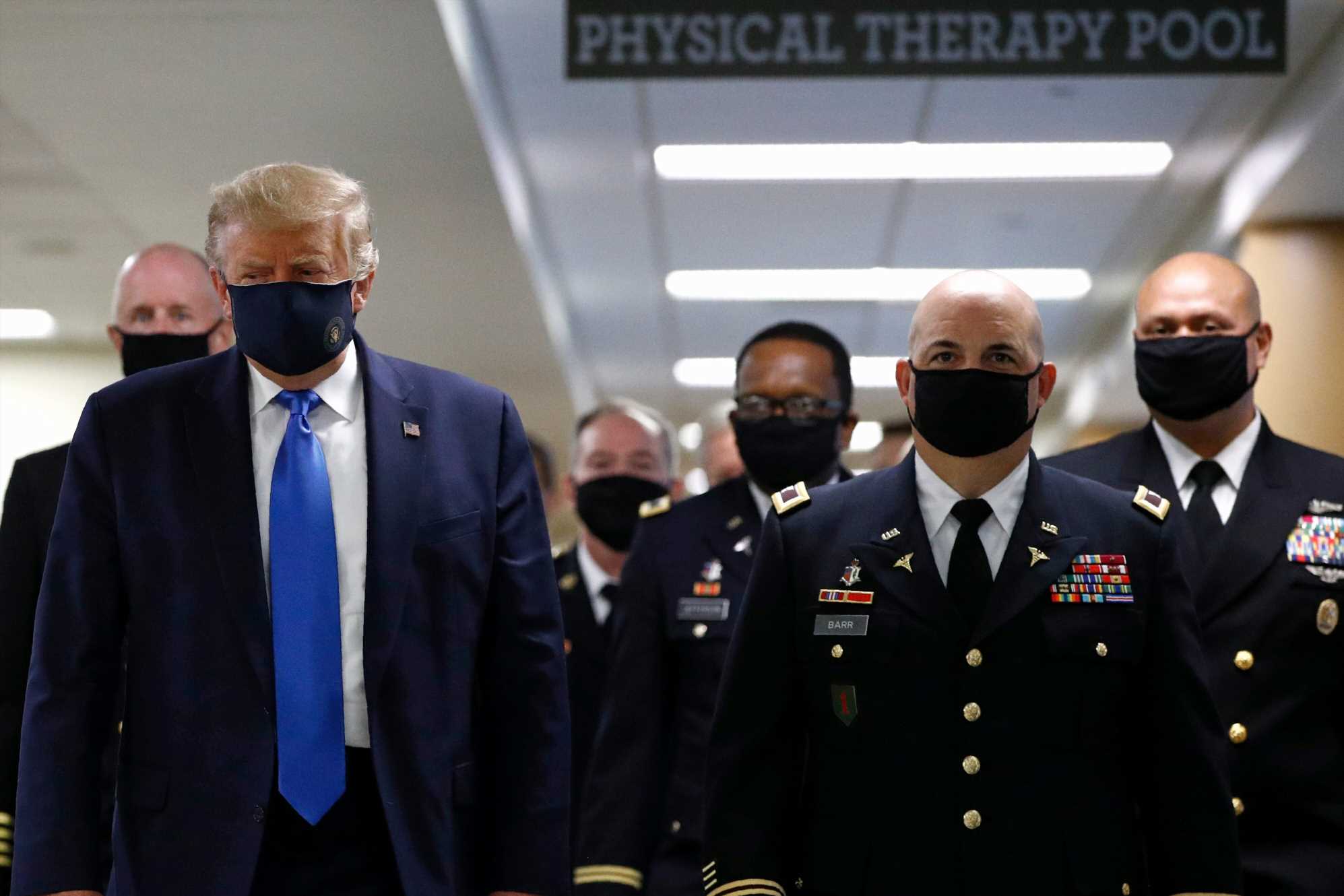 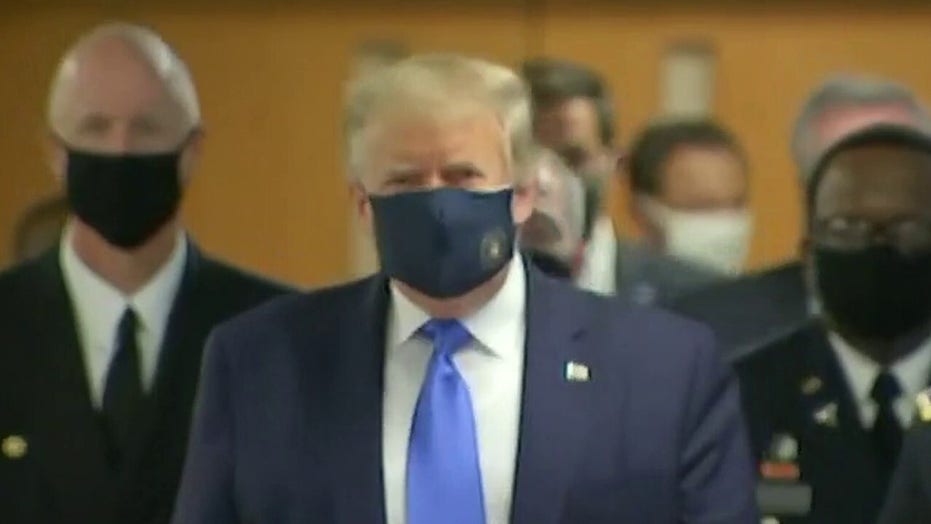 This is the first time the president has been spotted wearing a mask on camera; Mark Meredith reports.

President Trump visited the Walter Reed Military Hospital Saturday where he was spotted wearing a face mask in public for the first time amid surging cases of coronavirus in the U.S.

Trump flew by helicopter to the military hospital to meet with wounded soldiers and medical staff, telling reporters at the White House prior to his departure that he would “probably wear a mask.”

“When you’re in a hospital, especially… I think it’s expected to wear a mask,” the president said after months of refusing to wear one in public.

As the coronavirus pandemic has surged in the U.S. — with over 3.2 million confirmed cases and more than 134,000 deaths – several GOP members have come out urging people to wear masks, adding that it should be an issue of health, not politics.

“Unfortunately, this simple lifesaving practice has become part of a political debate that says: If you’re for Trump, you don’t wear a mask. If you’re against Trump, you do,” Senate Health, Education, Labor and Pensions Committee Chairman Lamar Alexander, R-Tenn., said at a coronavirus hearing in late June.

“That is why I have suggested the president should occasionally wear a mask even though there are not many occasions when it is necessary for him to do so. The president has millions of admirers. They would follow his lead.”

Trump has sent mixed messages about the wearing of masks, saying that it would be appropriate to wear them when indoors and in close proximity to others. But he has also called out reporters for wearing masks during press briefings, saying they were only doing so to be “politically correct.”

The only other time Trump reportedly wore a mask was during a private tour of a Ford plant in Michigan.