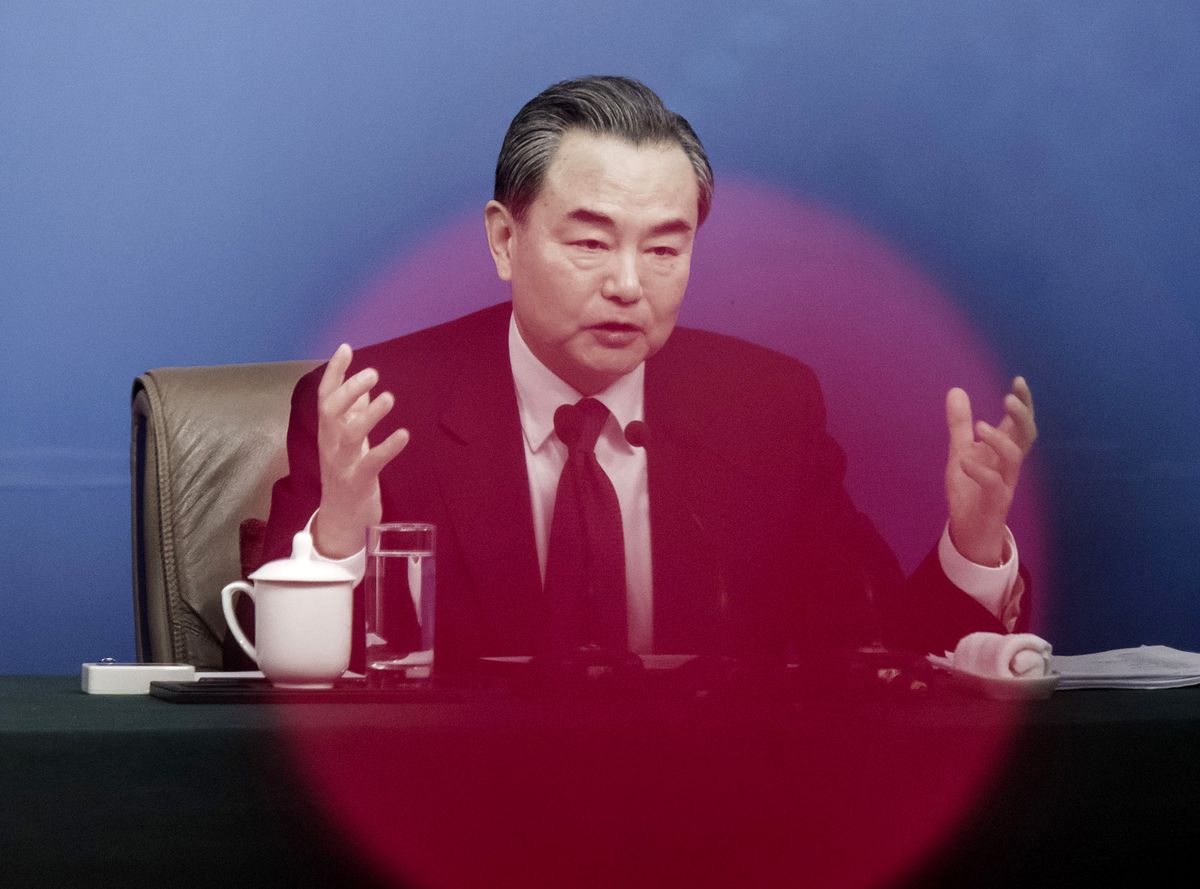 China’s top diplomat blasted U.S. policy toward Beijing while also proposing a blueprint for getting spiraling relations between the world’s biggest economies back on track.

“Current U.S. policy toward China is based on strategic misjudgments that lack factual evidence, and is full of emotional catharsis and McCarthy-style paranoia,” Chinese Foreign Minister Wang Yi said during a pre-recorded address for a China-U.S. think tank and media forum, which also featured a speech by former Secretary of State Henry Kissinger. He added that “artificially creating various ‘China threats’ may eventually lead to self-fulfilling prophecies.”

Wang said China is willing to resume dialogue mechanisms at all levels with the U.S. at any time and proposed the two countries group outstanding issues into three lists –cooperation, dialogue and differences — with think tanks taking the lead in researching the issues. He also called for cooperation on the coronavirus, saying that China is willing to communicate further on treatment, vaccine research and economic recovery.

“As long as both sides have the positive will to improve and grow this relationship, we will find ways to steer this relationship out of the difficulties and bring it back to the right track,” Wang said.

Already strained ties have gotten worse after China imposed a national security law on Hong Kong, prompting the U.S. to revoke certain trade privileges and threaten sanctions against Chinese officials. The two countries are also sparring on everything from the South China Sea to technologies like 5G networks to access for academics and media organizations.

U.S. President Donald Trump said this week he is considering banning ByteDance Ltd.’s short video app TikTok as retaliation against China over its handling of the virus. The U.S. announced visa restrictions for officials over China’s actions in Tibet and Hong Kong, which sparked retaliation from China, and Trump’s national security adviser Robert O’Brien told reporters to expect “a significant roll-out of measures with respect to China over the coming days and weeks.”

“The U.S.’s unreasonable suspicion of China has reached the point where it mistakes the reflection of a bow for a snake and sees every bush and tree as an enemy soldier,” Wang said, adding that the two powers should not seek to transform each other. “It seems that every Chinese investment has a political purpose, every student studying abroad has a spy background, and every cooperative initiative has an ulterior motive.”

Read more on how the U.S.-China Rivalry is Spilling Over into All Fronts

U.S. Secretary of State Michael Pompeo on Wednesday continued to slam the Chinese government and President Xi Jinping, potentially further inflaming ties. He said the U.S. would start a dialogue soon with the European Union on ways to meet the challenge from China.

Xi’s impact “on the world is not good for free peoples and democracy loving peoples, and the world will come together to respond to that,” Pompeo told reporters at a news conference.

Pompeo held secretive talks last month with top Chinese diplomat and Politburo member Yang Jiechi in Hawaii that failed to stem the attacks on both sides. That meeting showed it will be difficult for the two sides to make progress mending ties and that Wang’s proposals to restart dialogue were ”too romantic and too idealistic,” according to Shi Yinhong, an adviser to China’s cabinet and a professor of international relations at Renmin University in Beijing.

”It was already difficult enough for the two countries to sit down and come up with a list a few years ago when ties were much more friendly,” Shi said. “If it didn’t happen then, why would it be possible now?”

— With assistance by Lucille Liu, and Jing Li