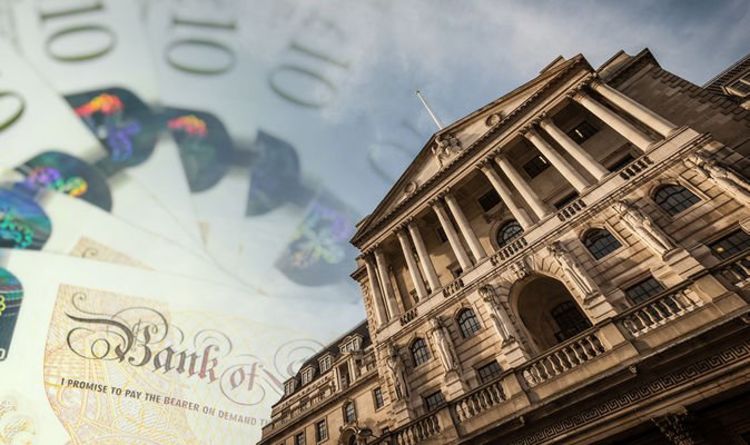 Interest rates could potentially be cut to minus three percent to get the UK economy back on track, Professor of Economics and Public Policy at Havard Ken Rogoff claimed on Monday. Speaking to Sky News, he warned that the rates could be cut if the UK sees a second wave of coronavirus cases and the economy is still struggling to grow in two years’ time.

“If a couple of years from now we’re still growing really slowly, unemployment is high and we’re still having problems and interest rates are zero, I would advocate having deeply negative interest rates to try to spur consumption,” he told the broadcaster.

“In theory, it works a lot the same as when you have high inflation and you cut interest rates from five percent to three percent.

“I’d say certainly minus three percent would be a thing you’d like to be able to do.

“They can’t right now, it would take a lot of preparation but it wouldn’t be that hard.”

Azad Zangana, Senior European Economist and Strategist at Schroders, has examined what could happen to mortgages and savings if UK interest rates were to turn negative.

Addressing the current situation and what could happen, Mr Zangana said: “The UK economy was growing at a relatively weak pace – then the coronavirus pandemic arrived, posing an enormous threat to the system.

“The Bank of England (BoE) wanted to keep money in the real economy and to kick-start spending. 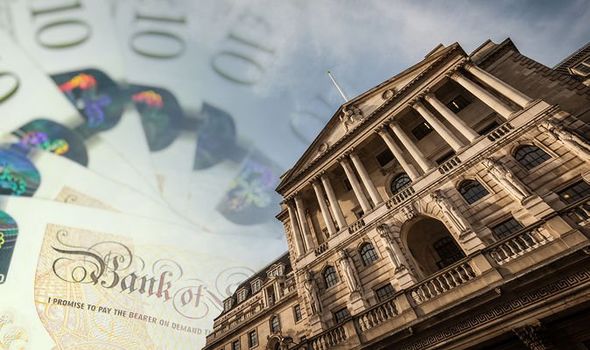 “The intention is to get money flowing out of banks and into the economy in the form of loans and mortgages.

“Quantitative Easing – the BoE buying government bonds and corporate bonds – is one way to do this and cutting interest rates is another.

“If interest rates are cut so far that they fall below zero, the theory should still apply – negative rates should encourage borrowing and discourage deposits and savings.

“But, in practice, negative interest rates can result in some bizarre outcomes – for savers and mortgage holders.”

“In theory, banks should pass on the cost to savers by giving them a negative interest rate,” Mr Zangana first explained.

“In reality, where negative interest rates exist, banks have been reluctant to do this, choosing instead to either increase banking fees or charges.

“If they cannot do this, then some banks have simply reduced lending, which may be the worst possible outcome given the policy’s intention is to stimulate business activity.”

But what about a person’s mortgage? Should they have a negative mortgage interest rate, would their bank actually pay them to borrow?

Mr Zangana says yes: “It sounds crazy, but it’s true. In this topsy-turvy scenario, the lender would actually pay the borrower.

“In some European countries, where central bank rates have been below zero for several years, mortgages at sub-zero rates – or ‘reverse-charging’ – are no longer so unfamiliar.

“Put another way, if your mortgage comes with a negative interest rate, you’ll end up paying back less than you borrowed.

“Where this happens, the bank doesn’t actually make monthly payments to the borrower.

“Instead, the bank reduces the outstanding capital, thereby accelerating how fast the borrowers reduce their debt.

“Clearly, where interest rates are negative, there is little incentive for the mortgage borrower to repay debt.”

“After the 2008-2009 financial crisis, some UK ‘tracker’ mortgages – the interest rate the borrower pays for the loan rises and falls in line with the Bank of England’s rate – did indeed come close to zero.

“The BoE rate fell by 90 percent, going from five percent to 0.5 percent in under a year. UK banks learned from that experience.

“Most tracker mortgage contracts currently in force have a mechanism in place which prevents them from dropping below a stated positive interest rate, irrespective of whether or not the BoE cuts its rate.

“In any case, a high proportion of UK mortgages are on fixed rates, so BoE rate reductions would not apply to those borrowers’ loans.”

Meanwhile, negative interest rates could be a blow to savers, as the economist explains.

“Negative interest rates penalise consumers and businesses for keeping savings in their bank accounts, as their value would decrease over time,” he said.

“To avoid charges, some households could even decide to withdraw savings from banks and instead invest in a home safe.

“Not only is this a security risk, but the withdrawal of assets from financial institutions reduces liquidity and the ability of banks to lend.

“Banks would not pay out anything to consumers, who receive zero on their savings, but in the main, investors do not have to pay the banks to hold onto the money for them.

“Negative interest rates have actually already been put in place in the eurozone, Japan, Switzerland, Sweden and Denmark. And that is what has happened to consumers and businesses in those countries.

“However, savers in Germany are among those experiencing negative rates on deposits but, so far, the majority of those affected are institutions or individual savers with large sums such as €100,000 or more.

“What savers have to pay for the bank to actually hold their money is sometimes called ‘depositary charges’. Only recently have smaller German savers been hit by such charges.”