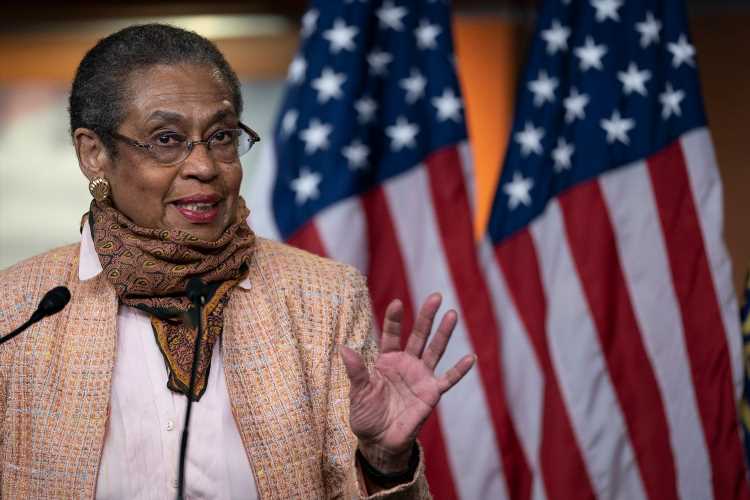 Other conservatives have said the Constitution and the intention of the nation's founders was to keep D.C. as a district.

Some, including Trump, have spoken more bluntly: That statehood should be stopped because it would only increase Democratic representation in Congress given D.C.'s liberal leanings.

Norton, however, is going to keep going.

"We will roll out that plan when it becomes clearer what 2021 looks like," she says, noting the possibility that Democrats will take control of the Senate and the presidency in the November elections.

Norton, who couldn't vote on her bill herself, says she sees "progress in sight for a D.C. statehood" if November goes in the Democrats' favor.

Regardless, Friday was a morale booster for those D.C. residents like Norton, who have long questioned why it was treated differently for "no apparent or good reason."

"The United States is the only country — the only democratic country and I think perhaps the only country in the world — where the residents of their capitol don’t have the same rights as other citizens in the country," Norton says. "The notion that our country could have gone on this long, after considering itself the leader of the free world for generations, should be amazing and I think it is amazing.”