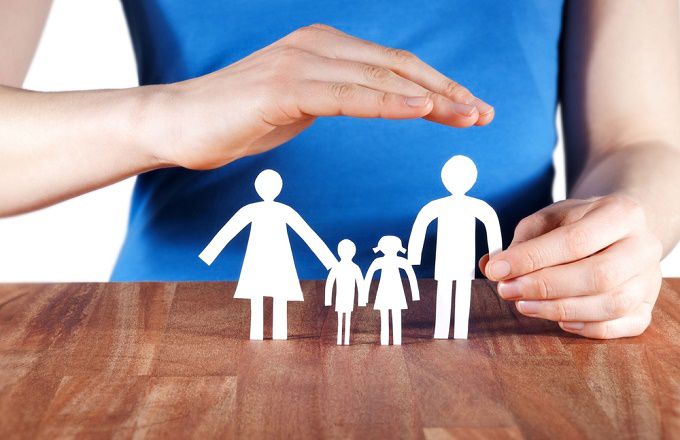 Shares of The Progressive Corporation (PGR), the insurance giant, are setting up for a massive breakout. The stock has been volatile like the rest of the stock market over the past few weeks, and it has failed to set a new high.

However, with fewer accidents on the road as people drive less, insurance companies are sure to be an ideal beneficiary from the economic lockdowns in recent months. As Progressive stock failed to hit a new high, it created an interesting chart pattern that we can trade on – an ascending triangle pattern.

These patterns are great because of two things. First, we know the key levels to watch. And second, we know how much of a move to expect once a breakout occurs. The hard part is to get the direction right.

While most triangle patterns are continuation patterns, meaning that the stock price will move in the direction it was heading in before the pattern occurred, not all follow suit. That's why it's important to know the key levels so that you can benefit once the trend takes place.

Here's the chart breaking down the pattern for Progressive: 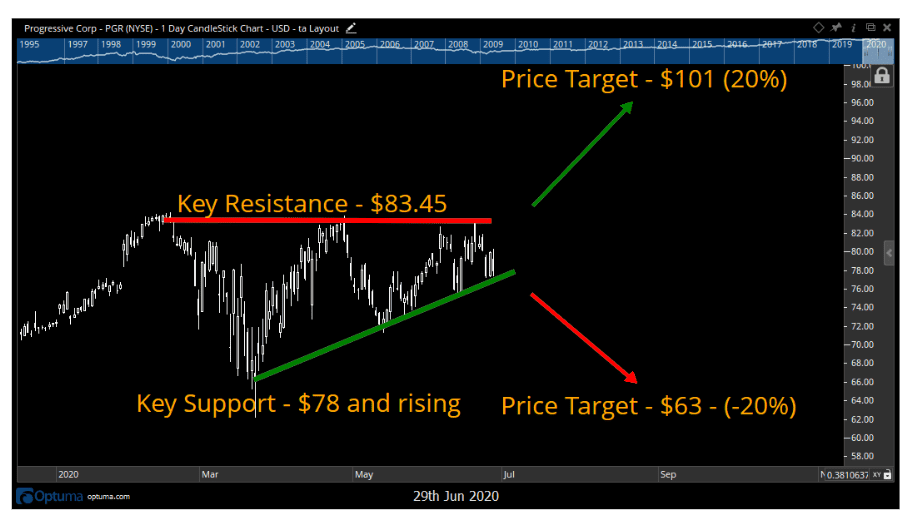 The two price targets on the chart will depend ultimately on the direction of the breakout. And to figure out the expected move, we simply take the height of the pattern, using the high and low, which is $17 per share. This gives us clear price targets.

Based on the fact that these triangles are usually continuation patterns, we are expecting the $101 price target to play out, which would equate to a 20% rise in the coming weeks. Even though the stock has trended sideways for a year, shares are above their 200-day moving average, and the trend before the price consolidation was below the low of the ascending triangle pattern.

So the smart money will be on a bullish breakout. However, if that support area is broken, we are looking at an even quicker 20% decline.

Progressive stock has key areas on the price chart for us to watch, indicating that a 20% move is about to take place. If you want to get in early, the best approach is to expect a breakout to the upside, potentially sending shares to $101 in the coming weeks.