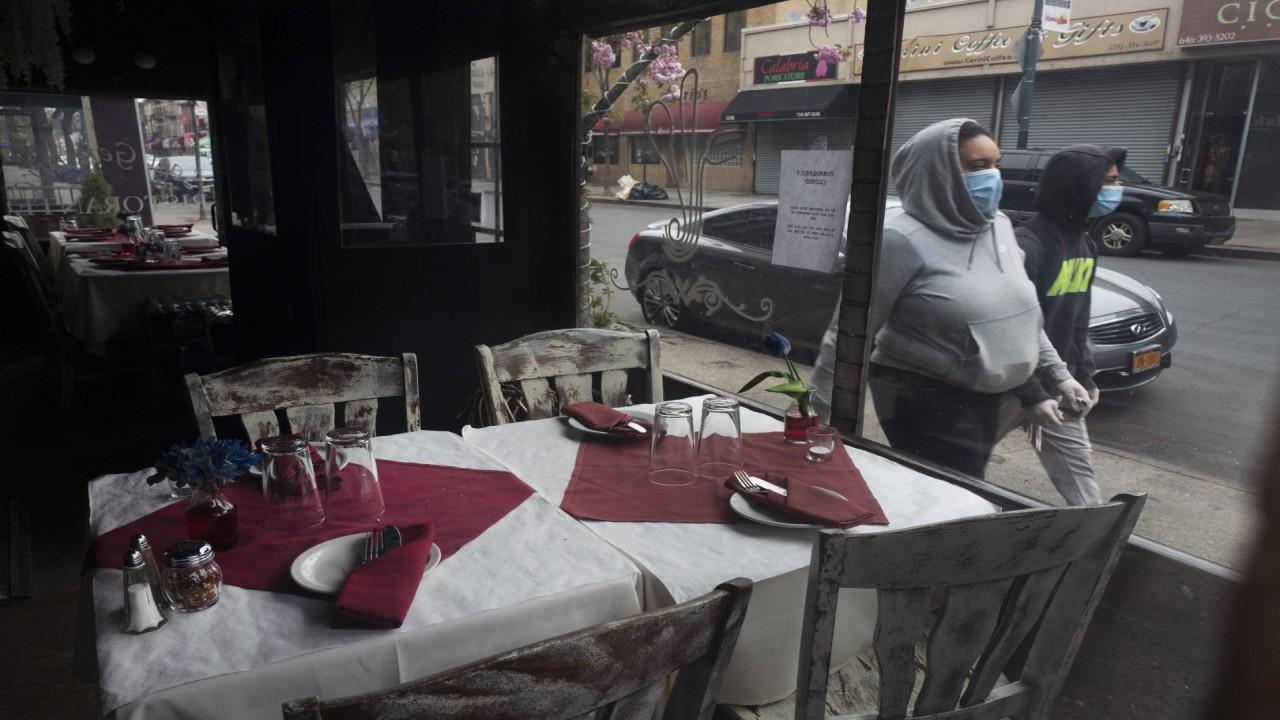 PPP loan recipients may be able to apply for additional aid under a newly proposed bill. FOX Business’ Hillary Vaughn with more.

On Tuesday night, the SBA amended its rules for loan recipients seeking forgiveness in order to be consistent with the changes passed by Congress in the Paycheck Protection Program Flexibility Act (PPPFA) earlier this month.

WHAT HAPPENS TO YOUR UNEMPLOYMENT BENEFITS IF YOU REFUSE TO GO BACK TO WORK?

A concern among small business owners who tapped the Paycheck Protection Program, a $610 billion fund established at the end of March, was that guidelines on how to spend the money were too strict and could potentially leave them on the hook for the money.

The PPPFA, signed into law by President Trump about three weeks ago, eased the restrictions on how the money must be spent in order to be forgiven. Loan recipients now only have to spend 60 percent of the aid on maintaining payroll — including salary, health insurance, leave and severance pay —  rather than the previous 75 percent rule. The remaining 40 percent can go toward operating costs like rent and utilities.

That was just one of the many changes passed in the law. It extended the timeline for businesses to spend the money from two months to 24 weeks. However, if businesses choose to get the loan forgiven after eight weeks, they are still able to do so.

AT LEAST 4 MEMBERS OF CONGRESS BENEFITED PERSONALLY FROM PPP LOANS

Another key aspect of the PPPFA is that it gives businesses until Dec. 31 to rehire workers in order for their salaries to count toward forgiveness; previously, they had until June 30 — a problem for some in states where businesses were slower to open their economies. The employee salary eligible for forgiveness is still capped at $100,000.

The law also eased rehiring requirements for businesses. For instance, if a small business owner is unable to rehire an individual who was an employee on or before Feb. 15, or is able to prove they were unable to hire a similarly qualified candidate, their loan may still be eligible for forgiveness.

If the loans are not forgiven, a business will have five years at 1 percent interest to repay the loan, rather than the initial two years.

Businesses have until June 30 to apply for a PPP loan, if they have not already done so.

CONGRESS HAS FUNNELED TRILLIONS TO CORONAVIRUS RELIEF. WHERE IS THAT MONEY GOING?

As of Tuesday, more than 4.67 million loans worth close to $515 billion had been distributed through the program. Congress allocated about $610 billion to the PPP, leaving roughly $100 billion left over in the fund.

It's unclear what will happen to the remaining money once the program expires at the end of the month.

One proposal introduced by Sens. Chris Coons, D-Del., and Jeanne Shaheen, D-N.H., would allow businesses with fewer than 100 employees to tap the taxpayer-backed fund for a second time if they can prove that they lost half of their revenue as a result of the virus outbreak.

Eligible businesses must have exhausted their initial PPP loan, or be on pace to spend the aid in order to qualify for another loan. The bill would also extend the loan application deadline for businesses from June 30 to Dec. 30 or later. A companion bill has been introduced in the House.