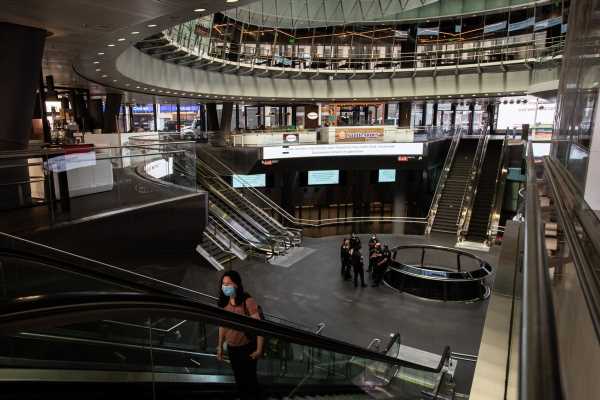 The International Monetary Fund downgraded its outlook for the coronavirus-ravaged world economy, projecting a significantly deeper recession and slower recovery than it anticipated just two months ago.

The fund said Wednesday it now expected global gross domestic product to shrink 4.9% this year, more than the 3% predicted in April. For 2021, the fund forecast growth of 5.4%, down from 5.8%.

Having already warned of the biggest slump since the Great Depression, the IMF said its increased pessimism reflected scarring from a larger-than-anticipated supply shock during the earlier lockdown, in addition to the continued hit to demand from social distancing and other safety measures. For nations struggling to control the virus spread, a longer lockdown also will take a toll on growth, the IMF said.

“With the relentless spread of the pandemic, prospects of long-lasting negative consequences for livelihoods, job security and inequality have grown more daunting,” the lender said in its update to the World Economic Outlook.

The IMF warned that the rebound in global financial-market sentiment “appears disconnected from shifts in underlying economic prospects,” raising the possibility that financial conditions will tighten more than forecast in its core scenario.

The fund lowered its expectations for consumption in most economies based on a larger-than-expected disruption to domestic activity, demand shocks from social distancing and an increase in precautionary savings.

In recent weeks, the IMF repeatedly noted that it was likely to downgrade its mid-April forecasts based on incoming data, with chief economist Gita Gopinath saying as early as May 8 that the global outlook had worsened.

The projections assume that countries with declining infection rates don’t need to reinstate the strict lockdowns from the first half of the year and are able to rely on alternative methods such as increased testing, contact tracing and isolation to contain transmission.

One bright spot has been financial conditions, which have eased in advanced economies and to a lesser extent in emerging markets.

Announced fiscal measures amounting to about $11 trillion globally, up from $8 trillion estimated in April, have helped cushion the blow to workers and businesses. Swift and innovative interventions by central banks have limited the rise in borrowing costs, and portfolio flows into emerging markets have recovered from record withdrawals.

The fund said its new forecast is subject to revision depending on the length of the pandemic and lockdowns, voluntary social distancing and displaced workers’ ability to find jobs.

The forecast could be upgraded if there’s a medical breakthrough or business activity resumes more quickly, but significant downside risks include outbreaks requiring more lockdowns or tightening financial conditions.

“This could tip some economies into debt crises and slow activity further,” the IMF said.

The IMF sees advanced economies shrinking the most, contracting 8%, compared with 6.1% previously. Emerging-market and developing economies will see a 3% contraction, compared with the 1% forecast in April. China will still manage to expand 1%, supported by policy stimulus.

India saw the largest revision among the biggest economies from the April forecasts, with a 4.5% contraction now expected, compared with a prior projection of a 1.9% expansion, the fund said. Latin America has been hit by the virus due in part due to less developed health systems, and its two biggest economies, Brazil and Mexico, are forecast to contract 9.1% and 10.5%, respectively.

Global trade volume in goods and services will probably tumble 11.9% this year, the fund said.

The IMF warned that the pandemic’s impact may significantly increase inequality, with more than 90% of emerging-market and developing economies forecast to show declines in per capita income.

The IMF presents two alternative scenarios: In one, there’s a second virus outbreak in early 2021, with disruptions to domestic economic activity about half the size of those assumed for this year. The scenario assumes emerging markets experience greater damage than advanced economies, given more limited space to support incomes. In that case, output would be 4.9% below the baseline for 2021 and would remain below the baseline in 2022.

In the second scenario, with a faster-than-expected recovery, global output would be about a half percentage point better than the baseline this year and 3% above the baseline in 2021.

— With assistance by Zoe Schneeweiss