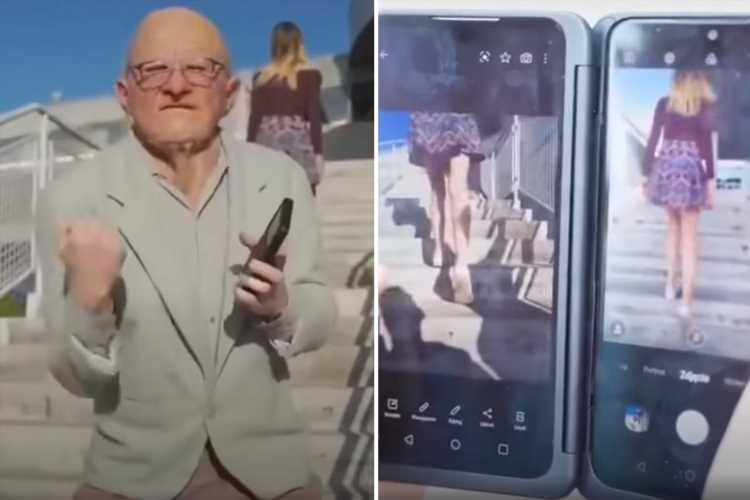 PHONE-maker LG has apologised after it posted a vile ad showing a man taking "upskirt" photos of an unsuspecting woman.

The video posted to TikTok by LG's Poland office featured an elderly creep snapping pictures of the woman's behind as she walked up a staircase. 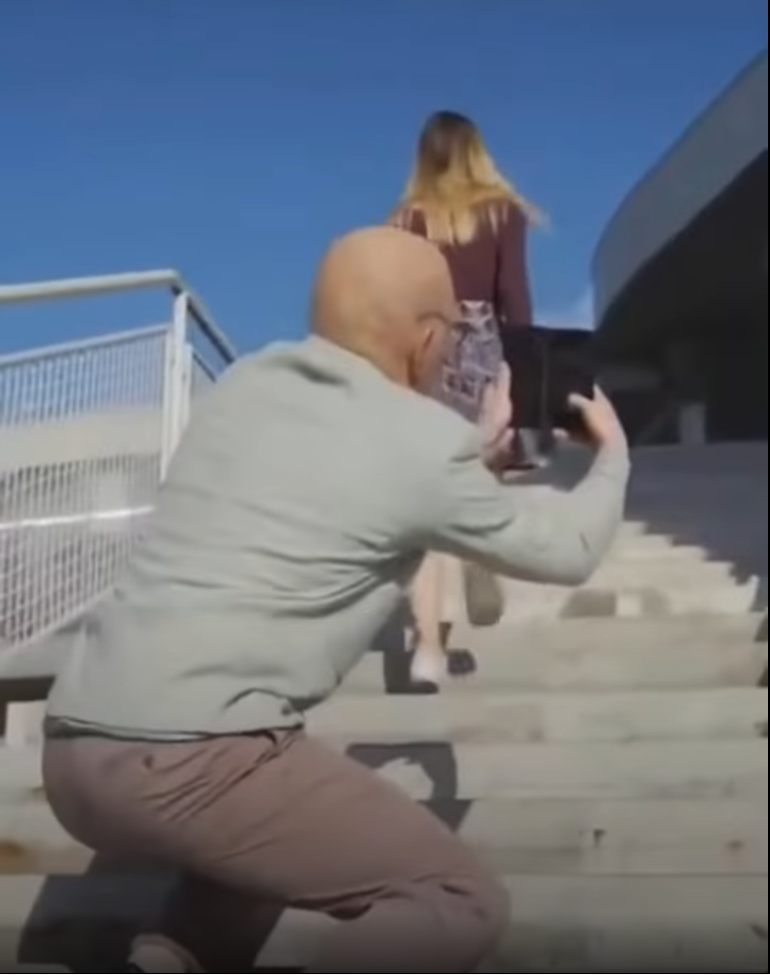 She quickly turns around and catches him red-handed with the new LG V60 smartphone.

LG Poland, which is based in Warsaw, is understood to have commissioned the video to show off the £400 mobile's dual-screen feature.

The woman scrolls through the phone's gallery on one screen while the camera is open on its second screen. She only finds selfies of the old man.

However, once she apologises and walks up the stairs again, the man scrolls in the opposite direction and it's revealed he did take upskirt photos of her. 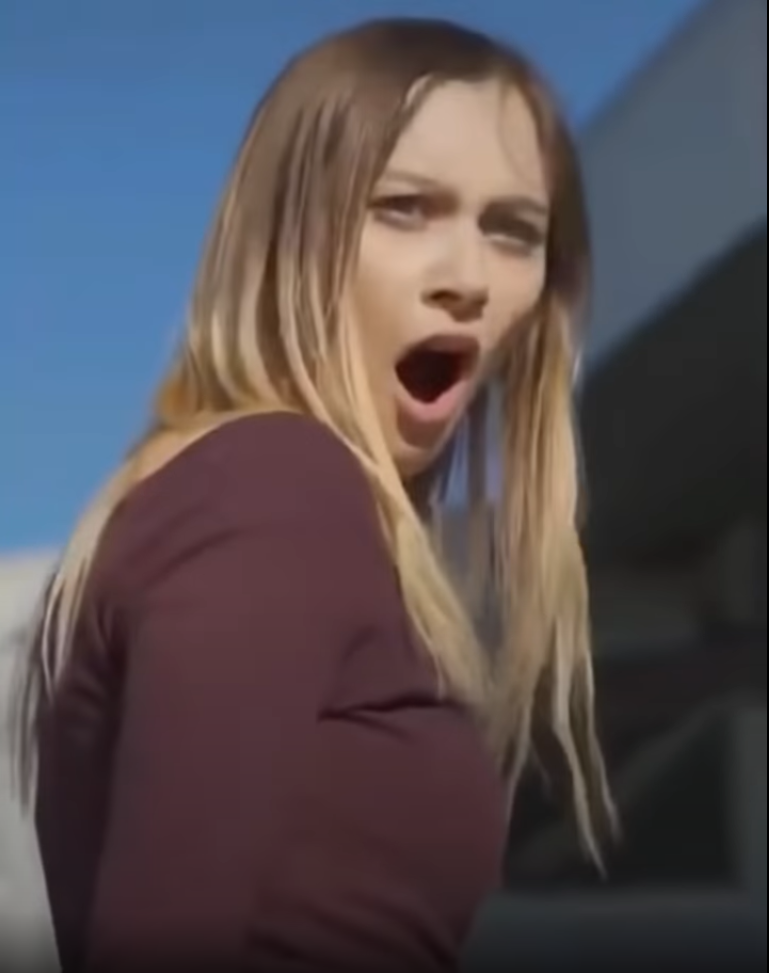 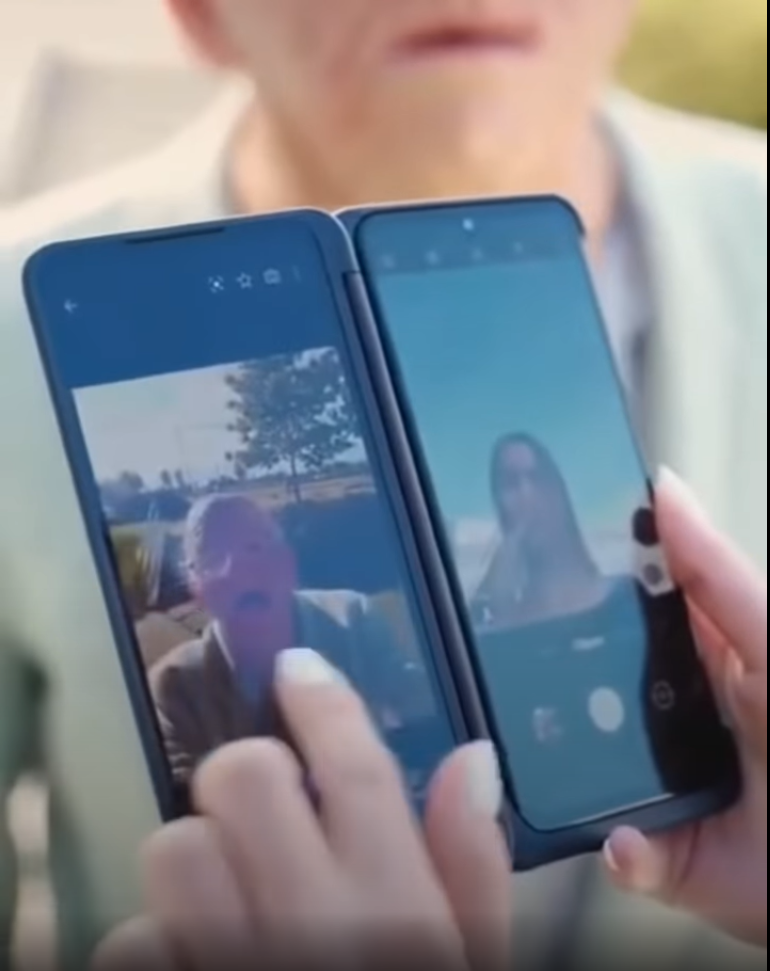 "Upskirting" is when someone takes a photograph or video up someone else's skirt without their consent. It was criminalised in the UK in 2018.

After people complained about the LG clip on social media, the South Korean company took it down and issued an apology.

"It did not live up to the standards and policy of LG Electronics and was immediately removed. 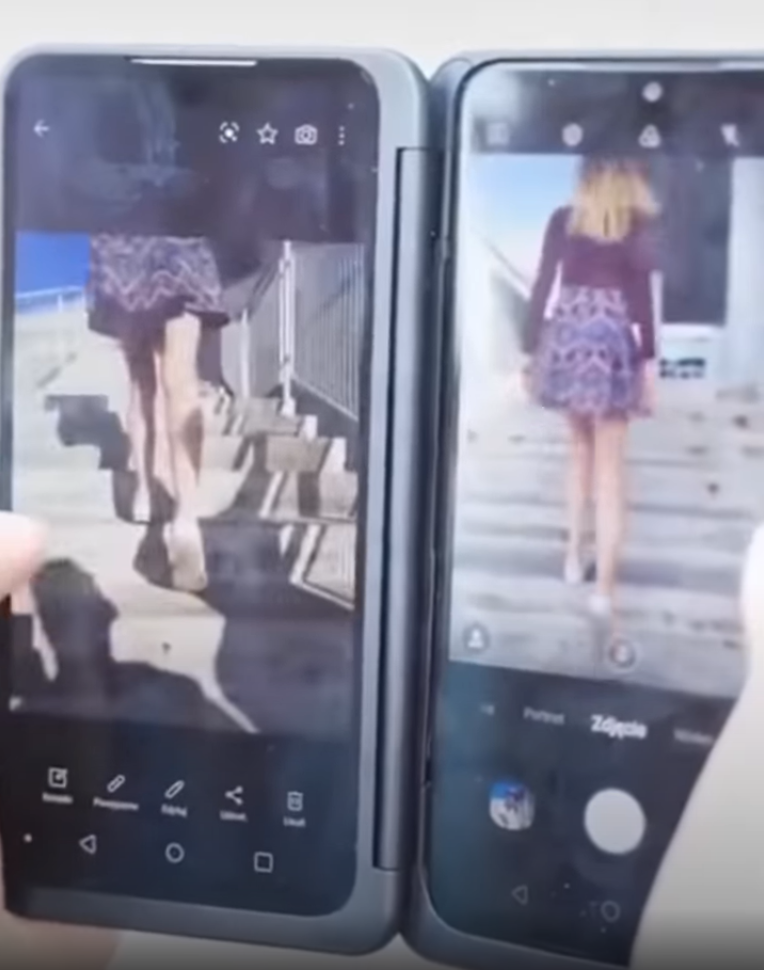 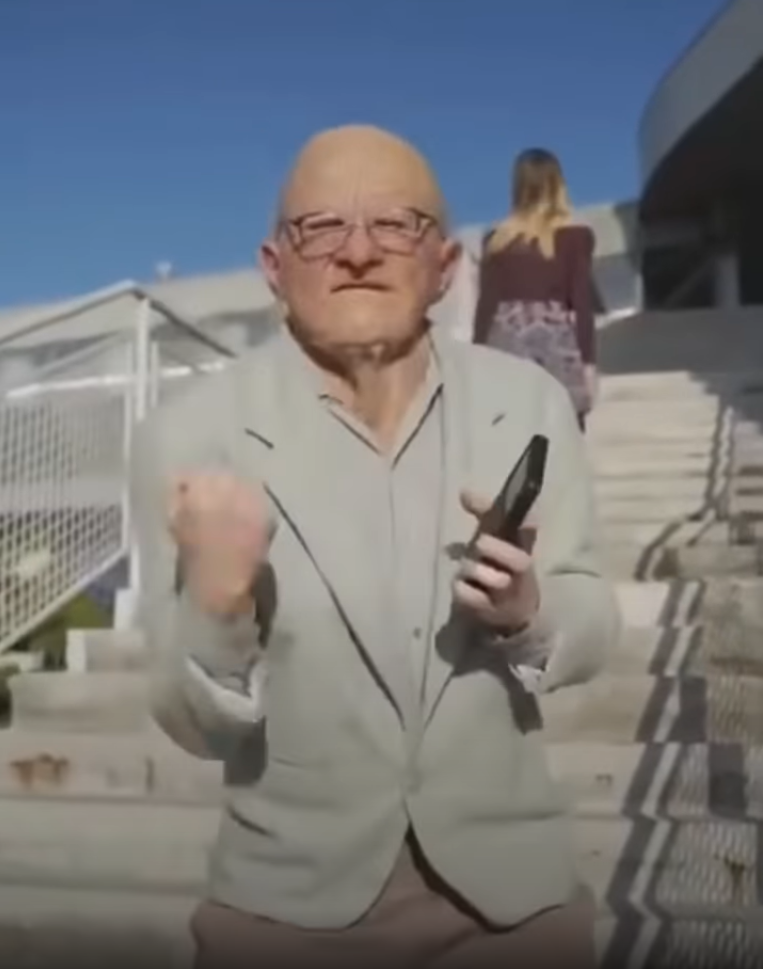 "We apologise for any offence this ill-conceived video may have caused. We will strive to prevent such an occurrence from happening again in future."

The LG V60 hit shelves in March and features an optional second display that transforms the phone into something akin to a foldable tablet.

The dual-screens allow you to have both the camera and photo gallery open at once, a feature that appears to have been the focus of the upskirt video.

Posted to TikTok last month, the video is the work of a known "prankster", according to AdWeek.

Upskirting is the act of taking a photograph of underneath a person’s skirt without their consent.

It is often performed in a public place such as on public transport or on an escalator, with crowds of people making it harder to spot people taking these photos.

A large proportion of women are targeted in places such as nightclubs, restaurants and shops.

Being victim to such an incident can cause emotional distress for a long time after it has happened.

In April 2019, the vile act became illegal in England and Wales – it was already a criminal offence in Scotland.

If you catch somebody doing it the perpetrator can be arrested under the new offence, and face up to two years if convicted.

In extreme cases, upskirters can be put on the Sex Offenders Register.

One viewer said the clip reached 20million views before it was taken down by LG.

"What in the actual F**K!" one furious Twitter user wrote. "Seriously ⁦LG, ‘sorry’ and removal doesn’t cut the mustard.

"You can do better by addressing the issue of thinking it was ok in the first place. Rather than saying it didn’t meet your ‘standards’. LAME!"

Another Twitter fan wrote: "Early contender for advertising fail of the year…"

In other news, LG recently invented a bizarre "rollable" smartphone that stretches out into a tablet.

This amazing iPhone 11 deal gets you 100GB of data for £40 a month with no upfront fee.

And, a top Apple leaker has revealed the possible iPhone 12 design months before its potential release.

What do you think of the LG ad? Let us know in the comments!