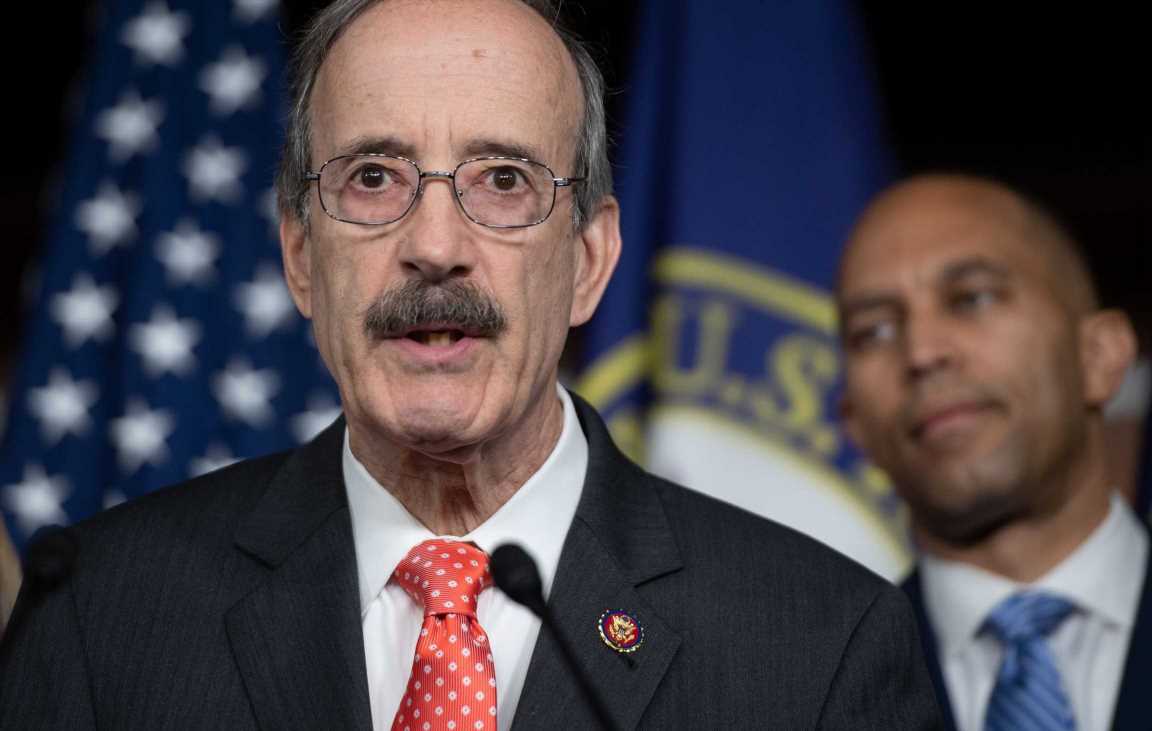 Every now and then, a powerful elected official makes an unforced error that threatens their otherwise favorable path to reelection.

Rep. Eliot Engel, a 16-term Bronx Democrat and chairman of the House Foreign Affairs Committee, fell prey to just such a mistake on Tuesday. A microphone captured him pleading with Bronx Borough President Ruben Diaz Jr. for speaking time at a news conference about local vandalism that emerged out of protests against the Minneapolis police killing last week of George Floyd.

“I cannot have all the electeds talk, because otherwise we’ll never get out of here,” Diaz can be heard telling Engel before the news conference on a live TV broadcast of News12BX.

“If I didn’t have a primary, I wouldn’t care,” Engel replied.

Diaz couldn’t hear him. “If I didn’t have a primary, I wouldn’t care,” he repeated.

“Don’t do that to me,” Diaz said, shaking his head. “Everybody has a primary.”

Amid wall-to-wall coverage of the social unrest gripping American cities, the clip of the exchange posted by NY1 reporter Emily Ngo has since gotten more than 1 million views on Twitter.

It is not uncommon for politicians to fight for a speaking slot at a public event. Unfortunately for Engel, his request was caught on camera ― and, as he noted, he is facing a spirited primary against progressive middle school principal Jamaal Bowman. 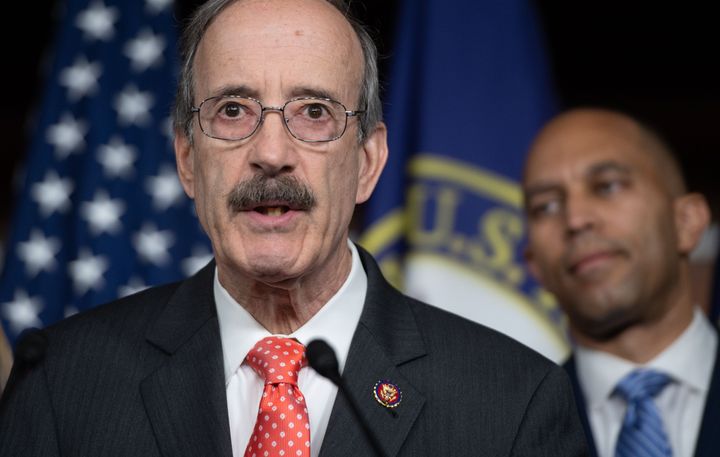 Bowman wasted no time framing the remarks as evidence that Engel, who has spent almost all of the COVID-19 pandemic at his home in an upscale suburb of Washington, is interested in helping his constituents only when it is politically expedient.

“This is so incredibly painful to watch from Rep. Eliot Engel,” Bowman said in a statement. “We need to be taking care of our communities right now ― whether it’s election season or not.”

The sensation around the video clip is generating excitement in left-wing activist circles. Bowman’s campaign said it raised $98,000 on Tuesday, more than twice what it had on any other day of the campaign.

The enthusiasm for Bowman likely springs from the left’s hunger for a primary win with precious few remaining opportunities to score one at the federal level. Sen. Bernie Sanders’s loss in the Democratic presidential primary has been particularly devastating for the left, but the progressive wing of the party has also fared poorly in down-ballot contests, managing to unseat just one of the moderate congressional Democrats it targeted, Illinois Rep. Dan Lipinski. (Even that coup was something of a hybrid effort, relying as it did on the largesse of establishment abortion-rights groups like EMILY’s List.)

A win for Bowman would “send a powerful warning sign to Democrats across the country about the perils to ignoring progressives,” said Sean McElwee, a co-founder of the think tank Data for Progress who is supporting Bowman’s bid.

It’s impossible to know for certain exactly what role the “hot mic” video will play in a June 23 primary set to take place under the unprecedented circumstances of a pandemic. Bowman and Engel are competing for the Democratic nomination in New York’s 16th Congressional District, a racially and ideologically diverse slice of the Bronx and neighboring Westchester County. A majority of the district’s residents are Black and Latino, a potential advantage for Bowman, who is Black, but the seat contains pockets of more moderate white voters as well.

In addition, Engel retains the support of all but one of the labor unions that have gotten involved in the contest. And as of the end of March, he had over $1 million in cash on hand, compared with $200,000 for Bowman.

In a statement, Engel maintained that it was legitimate for him to want his constituents to know he cares about them.

“In the context of running for re-election, I thought it was important for people to know where I stand, that’s why I asked to speak,” he said. “Of course I care deeply about what’s happening in this country, that’s what I wanted to convey.

“I love the Bronx, grew up in the Bronx and lived here all my life. I would not have tried to impose on the Borough President if I didn’t think it was important.”

Incidentally, Diaz, like virtually every other elected official in the Bronx, has endorsed Engel and reiterated his support for him after the clip went viral on Tuesday.

But Engel’s gaffe occurred at a moment when Bowman was gaining momentum. Earlier on Tuesday, schoolteacher Andom Ghebreghiorgis, who had also been vying for the progressive mantle, dropped out of the race and endorsed Bowman. The Progressive Change Campaign Committee, which boasts a considerable email list, followed suit shortly thereafter.

And critically, Engel’s remarks fit nicely into Bowman’s existing efforts to depict Engel as a creature of Washington no longer in touch with his constituents.

Bowman has been a visible presence in the district, which includes New Rochelle, where the coronavirus first appeared in New York, helping distribute food at food banks and joining nurses protesting for better personal protective equipment. Bowman’s participation in a demonstration held by nurses helped him nab the endorsement of the New York State Nurses Association, the state’s largest nurses union. 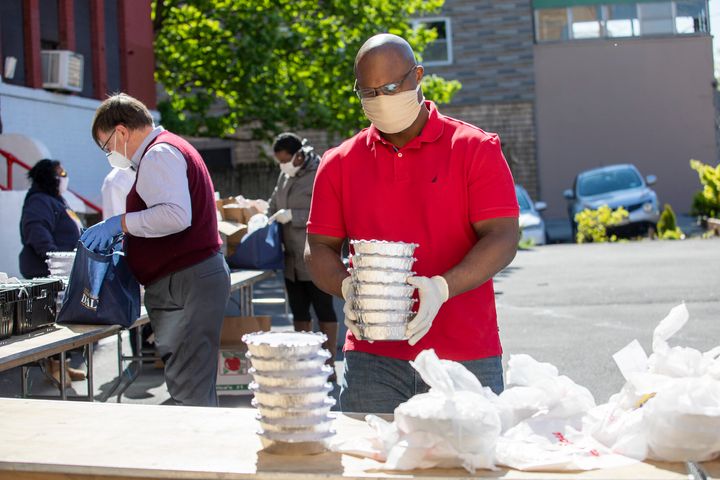 By contrast, as the pandemic ravaged his district, Engel stayed in the home he owns in Potomac, Maryland, where a reporter for The Atlantic confronted him in mid-May. Despite Engel’s initial efforts to claim he had been spending time in his district as well, his office ultimately told The Atlantic that he had been in Maryland since the end of March. He also admitted to taking credit for participating in food giveaways and relief events with other elected officials even though he was not physically present.

“Every candidate ― especially someone who’s been in office for such a long time ― doesn’t want to make a mistake that amplifies concerns voters already have about them,” said Mike Mikus, a Democratic campaign consultant who advised New York Gov. Andrew Cuomo during his 2018 reelection bid.

Referring to Bowman, Mikus added, “This is one of those gifts a campaign like his always hopes for.”

Many an entrenched incumbent has lost an election when doubts emerged about their ties to their home district. For example, Alexandria Ocasio-Cortez defeated then-Rep. Joe Crowley in a June 2018 primary in a neighboring district partly by drawing attention to the fact that Crowley no longer maintained a home in the district. (Engel, by contrast, still has an apartment in the Bronx.)

Mikus suggested that Bowman would be wise to let Engel’s comments speak for themselves, placing them in television advertisements and direct-mail literature with relatively little additional text.

“If used properly, it can be devastating,” he said.

Bruce Gyory, a New York political consultant and adjunct professor at the State University of New York, Albany, thinks Bowman has a shot in the race. But he argued that it would be a gamble to make too much hay out of Engel’s slip-up rather than focusing on earning the potentially game-changing endorsements of The New York Times and the New York Daily News.

Engel’s comments were “clumsy, not disparaging or vulgar,” he said. “I don’t think it cracks through to the public.”