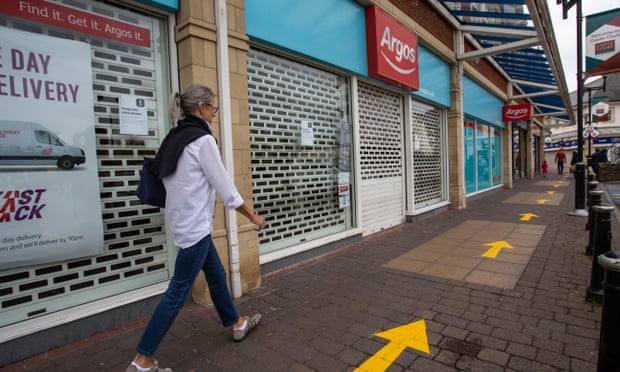 Interest rates have never been lower and lenders have slashed the cost of overdrafts. Normally that would be the signal for UK consumers to flash the plastic and take on more debt.

Not this time. According to the Bank of England, households reduced their credit card bills and paid off their non-mortgage loans at a record rate in April. Consumers tend to get warier about borrowing when times are tough: they behaved similarly during the financial crisis of the late 2000s. But a monthly debt repayment of £7.4bn is in a different league from anything seen before.

Seen from one perspective, the repayment of debt is nothing to worry about. Consumers spent April confined to their homes and had little opportunity to blow the money provided either by their employer or by the government’s wage subsidy scheme.

Spending options were severely curtailed. Go out for a meal? Not possible because of the risk of catching the Covid-19 virus. Take out a loan to buy a new car? Not feasible with all the showrooms shut. Book a cruise and put it on the credit card? Summer – as confirmed by P&O’s decision to suspend sailings until mid-October – has been cancelled this year.

As a result, households saved more and spent less. They used the period of lockdown to pay off debt and put their finances in order. As the lockdown restrictions are gradually eased, consumers will be in a stronger position and will make up for lost time with a surge of spending. The debt repayments of March and April will prove to be exceptional, as will the 80% drop in mortgage approvals and the fall in house prices reported by the Nationwide building society.

This all looks a tad panglossian. The reason consumers tend to save more of their disposable income during difficult times is that they feel the need to build up a financial buffer in case they lose their jobs, have their hours cut or find that their wages are not keeping pace with prices. With more than 8 million workers furloughed, that’s true in spades this time.

So, not all of the reduction in borrowing has been caused by a lack of spending opportunities. Some of it is due to consumers – quite rationally – being worried about what the future may bring. Those anxiety levels will remain high for some time.

How to help make the G20 function

It’s easy to understand the frustration of the 225 members of the global great and good who have written to the leaders of the G20 demanding a stronger international response to the Covid-19 pandemic.

The G20 – a gathering of the world’s key developed, emerging market and developing nations – had its moment of glory during the financial crisis of the late 2000s. Now it is effectively moribund.

The G20 showed in 2008-09 that it is capable of acting in a coordinated manner. During the financial crisis there was a collective stimulus, funding for the International Monetary Fund and the World Bank, and a commitment to avoid protectionism.

Today the world faces an even bigger crisis and there is plenty that the G20 could be doing.

It could be helping to make the health systems of poor countries more resilient. It could be co-ordinating efforts to finding a vaccine for the virus. It could be developing an action plan to rebuild the global economy with a green new deal. It could be ensuring there are the funds available to help the more than 100 countries that have applied to the IMF for help, and to prevent extreme poverty from rising. It could come up with a comprehensive debt relief plan.

The G20 could be doing all these things and more but it has gone missing in action. While individual countries have responded quickly and decisively to the twin health and economic emergencies, the international response has been feeble.

To turn the G20 into an effective body three things need to happen. Firstly, someone needs to provide the leadership that Gordon Brown showed in 2008-09. Secondly, relations need to be improved between the world’s two biggest economies – the US and China. In the early years of the 21st century, Washington wanted Beijing to have a seat at the table when the big global issues were being discussed. Now, relations between the two countries are poisonous.

Finally, there needs to be a recognition that collective action now is the best way to minimise the risk of a second wave of Covid-19 later this year. Otherwise, the G20 is a pointless relic.