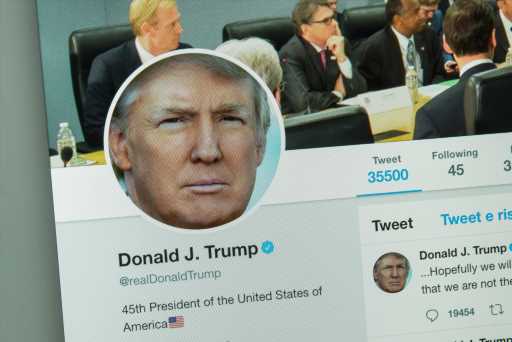 Trump this morning tweeted that the military would “assume control” in the city of Minneapolis if recent civil disturbances continue, adding “when the looting starts, the shooting starts”.

The city has become the centre of widespread national protests following the death of black man George Floyd who was killed by a white police officer.

This is the latest drama between the President and the social media platform. A row erupted Wednesday when the company applied a fact-checking message to one of the President’s tweets for the first time.

He had made an accusation that California was using mail-in ballots to ensure a “rigged election” to which Twitter added a label reading: “get the facts about mail-in ballots”, which had a link to a “Twitter-curated” set of fact checks.

The President then swiftly signed an executive order seeking to curb what he called social media platforms’ “unchecked power”. The order specifically aims to ban Twitter’s protections against civil claims in cases where it acts as an “editor” rather than a publisher.

First Amendment advocates and tech industry groups quickly raised red flags over the order and doubts about its enforceability.