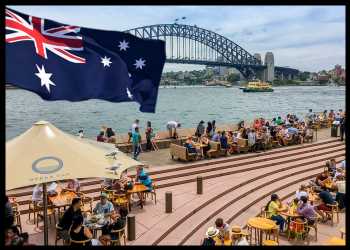 Australia’s leading index continued to point to below-trend growth in the first half of the year largely due to weaker consumer spending, Westpac said Wednesday.

The annualized growth rate in the Westpac-Melbourne Institute Leading Index, which indicates the likely pace of economic activity relative to trend three to nine months into the future, was -0.97 percent in December, largely unchanged on the -0.96 percent in November.

The growth rate has been negative for the fifth successive month.

The leading index growth posted a sharp turnaround over the last six months. Two components account for all of the 1.47 percentage point swing, namely the yield spread, and commodity prices, which have seen a significant reversal in AUD terms.

Additional drags from weakening US industrial production and dwelling approvals were more than offset by a rally in Australia’s share market and a moderate increase in the Westpac Consumers Expectation Index.

There were slight positive contributions from the remaining labor market-related components, data showed.

“Current measures of inflation indicate that the challenge for the Board to achieve its objective of bringing inflation back into the target band of 2-3 percent remains formidable,” Westpac Chief Economist Bill Evans said. He expects the Reserve Bank of Australia to hike the key rate by 25 basis points in February.

Data released earlier in the day showed that consumer price inflation rose more-than-expected to 7.8 percent in the fourth quarter from 7.3 percent in the preceding period. The rate was seen at 7.5 percent.