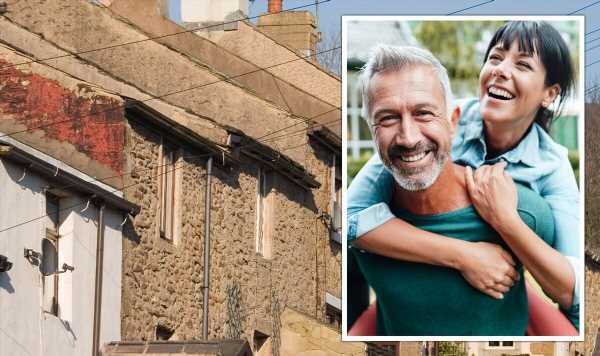 Where people live affects how happy they are, according to a study by London estate agent Benham and Reeves, which has revealed the happiest areas may be those with below average house prices. It found Pendle in Lancashire is the UK’s best location for buyers who want to maximise their happiness, while getting the most from their money.

Pendle in Lancashire has a happiness rating of 8.1, while the average local house price is £141,069, less than half of the national average.

In contrast, Colchester is home to the lowest happiness score in the UK at 6.76, while the average house price of £330,435 is also 12 percent higher than the UK average.

Both Tunbridge Wells and Lambeth are also home to a happiness score of below seven, while the average house prices in each area come in above the UK average at £489,846 and £553,424 respectively.

Director of Benham and Reeves, Marc von Grundherr, said: “They say money can’t buy happiness and this seems to be the case when it comes to climbing the property ladder, with the nation’s more inflated areas of the market generally home to a far higher average house price.

“Of course, it could well be the high cost of homeownership in these areas that has zapped the happiness from homebuyers, but the size of home and the area they can afford to live in versus where they might like to live is no doubt a contributing factor.

“At the same time, many homebuyers are drawn to an area for work, particularly those living in and around major cities and so this may also have an impact if it’s where they have to be, rather than where they want to be.

“So those with the greatest freedom when looking to purchase are best advised to set their sights to more affordable areas if they wish to live a happier life.”

Living in an area where wages stretch further could vastly improve one’s quality of life.

Another study has discovered the UK towns where residents received the biggest pay increase in 2022 – and they are not all in the south.

Meanwhile, William Russell has developed an online calculator to help people work out what it would cost to relocate from the UK to a number of countries.

Britons dreaming of moving abroad can look into the cost of relocating to countries like Italy, Canada and Switzerland as the calculator factors in expenses like one-way travel, the cost of living and health insurance.

The calculator works out that if you moved from United Kingdom to Greece it would cost £1,120.08 for flights, shipping, rent and cost of living expenses.

This is in comparison to moving to the United States which would cost £3,333.03 for flights, shipping, rent and cost of living expenses in the first month.

The Annual Global Retirement Index list of the best locations to retire has revealed the top 10 countries to live in.

This report looked at how far someone’s pension will stretch, housing costs and healthcare expenses for expats.

Portugal topped the 2023 list due to its low crime rate, affordable housing and medical facilities.

Mexico came in second place while Panama followed closely behind in third place.