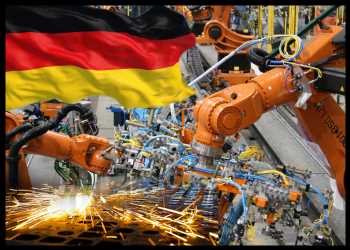 Germany’s producer price inflation eased for the third straight month in December to reach its lowest level in just over a year amid a moderation in energy prices, data from Destatis showed on Friday.

The producer price index, or PPI, climbed 21.6 percent year-over-year in December, which was slower than the 28.2 percent surge in October. Economists had forecast the price growth to ease to 20.8 percent.

Further, the latest inflation rate was the weakest since October 2021, when prices had risen 19.2 percent.

The overall strong inflation in December was still largely caused by a 41.9 percent jump in energy prices amid higher costs for natural gas and electricity. However, the rate of growth slowed considerably from 65.8 percent in November.

Excluding energy, producer prices rose 12.0 percent yearly in December, while they showed no variations from a month ago.

Among other components of the producer price index, prices of intermediate goods increased sharply by 12.3 percent, led by upward price developments of metals.

On a monthly basis, producer prices decreased 0.4 percent in December, following a 3.9 percent fall in November. Prices fell for the third straight month.

During the year 2022, the annual average rise in producer prices was 32.9 percent compared to a 10.5 percent increase in 2021. Further, this was the highest price growth since the start of the survey in 1949. The surge in inflation rate was primarily driven by an 86.2 percent jump in energy prices.