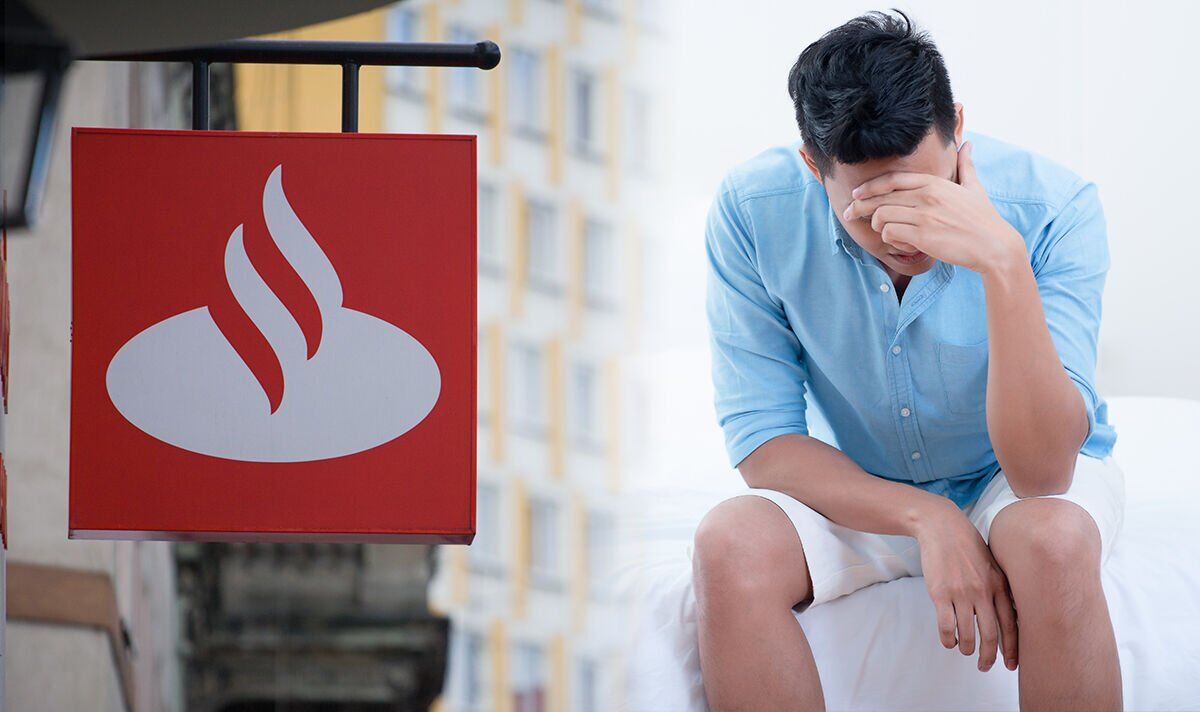 Christmas and New Year have been identified as the most active periods for scams to surface, and people have been urged to stay alert.

Santander shared the story of a man known only as Mr W, 29, who was sadly reeled in by a scam.

The 29-year-old spotted a van for sale online and contacted the seller in the hopes of showing his interest.

To do his due diligence, Mr W decided to undertake his own checks to ensure the details matched what the seller had told him.

Once he was satisfied, he decided he would move on with the process of purchase.

It was at this point he was told four other parties were interested in the van, and it would be sold to whoever made the payment first.

Not wanting to miss out, Mr W didn’t see the van in person and quickly made the payment via bank transfer.

Successful in his purchase, he arranged to pick up the van that weekend.

However, the seller told him he had family issues, and the pair agreed to delay until the following weekend.

Once the next weekend arrived, Mr W called the seller to arrange pick up of the van, but this time there was no response.

Confused, the 29-year-old headed to the pickup address, but no one was home and no van was present at the property.

It was a neighbour who told Mr W the person who lived at the address did not have the name of the seller he’d communicated with, and they had never seen a van parked there.

Only then did Mr W realise he’d been part of an elaborate scam, leaving him thousands of pounds out of pocket.

This, Santander explains, is an example of a purchase scam – a type of scam which is sadly increasing.

Scammers can advertise a fake sale of a popular item, often on social media or through a fake website.

Initially, the fraudster may be friendly and willing to help, but later is likely to create a sense of panic to get the person to pay urgently.

The scammer will often insist the payment is made via a bank transfer upfront, rather than through payment services, or cash on collection.

Once payment has been made, the seller usually disappears or ceases communication, leaving the customer out of pocket.

To make matters worse, no item is ever received.

Chris Ainsley, head of fraud risk management at Santander UK, said: “With cost of living pressures increasing, this Black Friday and Christmas period, more of us are likely to look for a bargain whether that’s on an online marketplace or on social media.

“But shoppers need to be on their guard to avoid falling victim to a scammer.

“Purchase scams are the most common scam that we see, and no-one wants to be disappointed when that longed-for item never arrives. So keep safe.

“Don’t be pressured into paying for something using a bank transfer, instead stick to the payment advice that the buying site recommends and never pay by bank transfer if you haven’t seen the item in person.”

If possible, individuals should avoid paying in cash or by bank transfer, and instead opt for secure payments such as credit card.

All large items should be seen in person before purchase, and personal details should never be sent by email.

Finally, if an offer seems too good to be true, it probably is, and people should always trust their gut instinct.