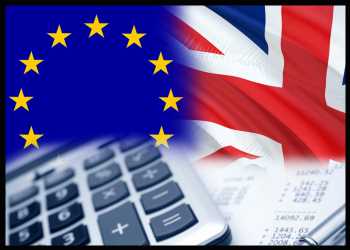 Unemployment from the UK and economic confidence from Germany are due on Tuesday, headlining a busy day for the European economic news.

At 1.00 am ET, Statistics Finland releases preliminary GDP data for the third quarter.

At 1.30 am ET, France’s statistical office INSEE is scheduled to publish unemployment data for the third quarter. The jobless rate is forecast to fall marginally to 7.3 percent from 7.4 percent in the second quarter.

At 2.00 am ET, the Office for National Statistics releases UK labor market statistics. The unemployment rate is seen at 3.5 percent in three months to September, unchanged from the preceding period.

In the meantime, consumer prices from Sweden and foreign trade from Norway are due. Sweden’s inflation is expected to rise to 11.1 percent in October from 10.8 percent in September.

At 3.00 am ET, Spain’s INE releases final consumer and harmonized prices for October. Consumer price inflation is expected to match the flash estimate of 7.3 percent versus 8.9 percent in September.

Half an hour later, Statistics Netherlands is scheduled to issue flash GDP data, foreign trade and household consumption. The economy is forecast to log nil growth in the third quarter after expanding 2.6 percent in the second quarter.

At 4.00 am ET, preliminary GDP data is due from Poland. Gross domestic product is seen expanding 0.2 percent in the third quarter, in contrast to the 2.1 percent contraction a quarter ago.

Eurostat is scheduled to issue the second estimate for the euro area GDP and foreign trade data at 5.00 AM ET. According to flash estimate, the economy had expanded 0.2 percent sequentially, slower than the 0.8 percent growth in the second quarter. The statistical office is set to confirm the preliminary estimate.