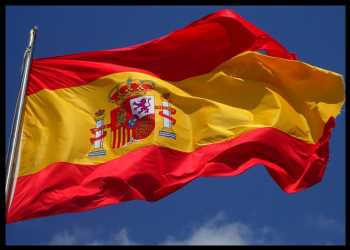 Spain’s economic growth eased notably in the third quarter as the strength in consumption and investment were offset by the slowdown in the contribution from foreign trade, the statistical office INE said Friday.

The quarterly economic growth eased more-than-expected to 0.2 percent from 1.5 percent in the second quarter. Gross domestic product was forecast to climb 0.3 percent.

On a yearly basis, GDP advanced 3.8 percent in third quarter, slower than the 6.8 percent expansion in the second quarter. Economists had forecast an annual growth of 3.9 percent.

Gross capital formation rose at a faster pace of 1.4 percent after climbing 0.8 percent in the preceding period.

Data released earlier on Friday showed that the French economy posted a slower growth in the third quarter, thanks to stagnation in household spending due to high inflation, and the weak foreign demand. The INSEE reported that GDP grew only 0.2 percent from the second quarter.

Capital Economics economist Andrew Kenningham said France and Spain are set to go into recession in the next two quarters.

Quarterly national accounts data from Germany showed that the largest euro area economy unexpectedly expanded 0.3 percent on quarter, faster than the 0.1 percent rise in the second quarter. GDP was forecast to shrink -0.2 percent.

The flash inflation data from INE showed that Spain consumer price inflation slowed to 7.3 percent in October from 8.9 percent in September. The rate was forecast to ease moderately to 8.0 percent. At the same time, underlying inflation held steady at 6.2 percent.