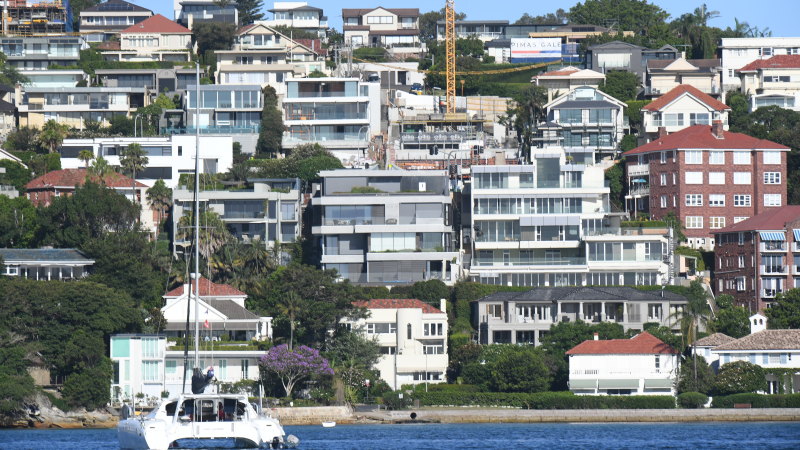 If you think the rich are getting richer, you’re right – but maybe not for the reason you think. It’s mainly the rising price of housing, which is steadily reshaping our society, and not for the better.

We know how unaffordable home ownership has become, but that’s just the bit you can see, as the Grattan Institute’s Brendan Coates outlined in the annual Henry George lecture this week, “The Great Australian Nightmare”, a magisterial survey of housing and its many implications. 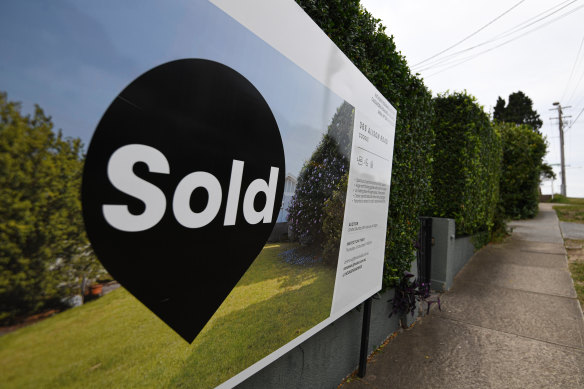 There are fears the growing divide between those who own property and those who don’t risks becoming entrenched as wealth is passed on to the next generation.Credit:Peter Rae

But first, let’s be clear what we mean by “the rich”. Is it those who have the most annual income, or those who have the most wealth – assets less debts and other liabilities? The two are related, but not the same. It’s possible to be “asset rich, but income poor” – particularly if you’re living in your main asset, as many oldies are.

The Productivity Commission argues that the distribution of income hasn’t got much more unequal in the past couple of decades, though Bureau of Statistics’ figures for the growth in household disposable income over the 16 years to 2019-20 seem pretty unequal to me.

They show the real income of the bottom quintile (20 per cent block) grew by 26 per cent, which wasn’t much less than for the middle three quintiles, but a lot less than the 47 per cent for the top quintile.

Two points. One, the top one percentile – the chief executive class – probably had increases far greater than 47 per cent, which pushed up the average increase for the next 19 percentiles.

It’s CEO pay rises that get publicised and leave many people convinced the rich are getting richer – which they are.

The other point is Coates’: if you take real household disposable income after allowing for housing costs, you see a much clearer gradient running from the lowest quintile to the highest.

Get it? The rising cost of housing – whether mortgage payments or payments of rent – takes a much bigger bite out of low incomes than high incomes. 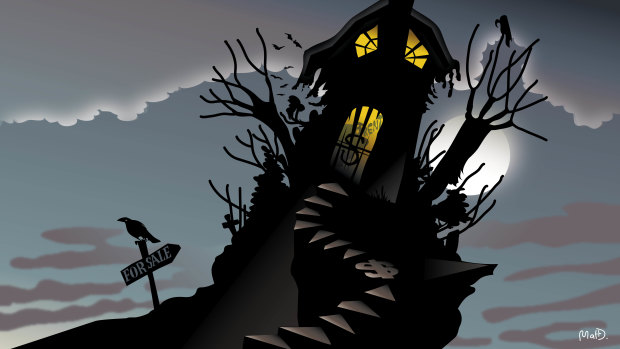 “People on low incomes – increasingly, renters – are spending more of their income on housing,” Coates says.

But it’s when you turn from income to wealth that you really see the rich getting richer. Whereas the net wealth of the poorest quintile of households rose by less than 10 per cent, the richest quintile rose by almost 60 per cent.

And here’s the kicker: almost all of that huge increase came from rising property values.

Other figures show that, before the pandemic, the total wealth of all Australian households was $14.9 trillion. Within that, the value of housing accounted for nearly $10 trillion.

Over the past 50 years, average full-time wages have doubled in real terms. But house prices have quadrupled – with most of that growth over the past 25 years.

Be clear on this: research confirms that the huge increases in home prices relative to incomes in advanced economies in the post-World War II period has mainly been driven by rising land values, accounting for about 80 per cent of growth since the 1950s, on average, with construction and replacement costs increasing only at the rate of inflation.

Coates reminds us that, within living memory, Australia was a place where housing costs were manageable, and people of all ages and incomes had a reasonable chance to own a home. These days, plenty of people even on middle incomes can’t manage it.

It’s obvious that the better-off can afford bigger and better homes than the rest of us. Many probably also have an investment property or three.

But it’s worse than that. Coates says the growing divide between those who make it to home ownership and those who don’t risks becoming entrenched as wealth is passed on to the next generation.

An increasing share of our wealth is in the hands of the Baby Boomers and older generations. The swelling of our national household wealth to $14.9 trillion – largely concentrated among older groups – means there is an awfully big pot of wealth to be passed on, he says.

“Big inheritances boost the jackpot from the birth lottery. Richer parents tend to have richer children. Among those who received an inheritance over the past decade, the wealthiest 20 per cent received, on average, three times as much as the poorest 20 per cent.”

In fact, one recent study estimates that 10 per cent of all inheritances will account for as much as half the value of bequests from today’s retirees, he says.

“And inheritances are increasingly coming later in life. As the miracles of modern medicine have extended life expectancy, the age at which children inherit has increased. 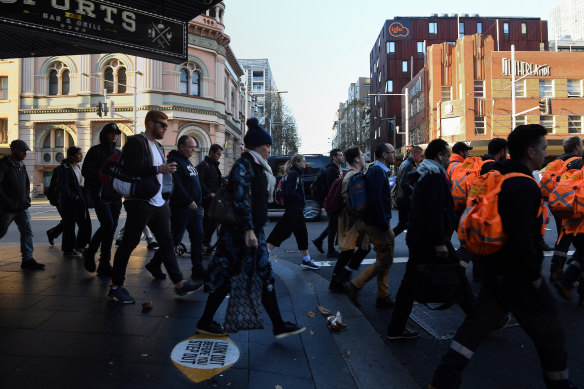 Over the past 50 years, average full-time wages have doubled in real terms. But house prices have quadrupled – with most of that growth over the past 25 years.Credit:Kate Geraghty

“The most common age to receive an inheritance is late-50s or early-60s – much later than the money is needed to ease the mid-life squeeze of housing and children.”

Coates says large intergenerational wealth transfers can change the shape of society. They mean that a person’s economic position can relate more to who their parents are than their own talent or hard work.

Coates argues that the ever-growing unaffordability of housing caused by present policies – which politicians on both sides keep promising to fix, but never do – is not just making our society increasingly divided between rich and poor, it’s also making the economy less efficient.

In modern, service-based and information-dependent economies, “economies of agglomeration” – benefits from firms and people living and working close together – mean productivity, innovation and wages are greatest in big cities.

But if we don’t pack in enough housing, and so cause house prices to go sky high, we don’t get all the benefits. Long commutes make it harder for both parents to work. The economy becomes less “dynamic”, and productivity is slow to improve. Not smart.

Ross Gittins is the economics editor