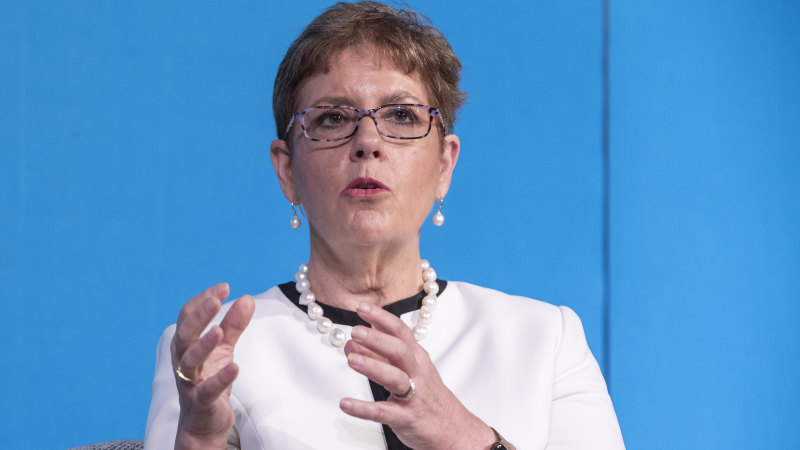 Wealth management firm AMP has committed to returning $1.1 billion to shareholders over the next 12 months after the company’s balance sheet was strengthened by the sale of some its assets.

AMP, which is going through a period of rapid change as it works to simplify its core offerings and sell parts of the business, said in its half-year results on Thursday that it would commence a $350 million share buyback immediately. 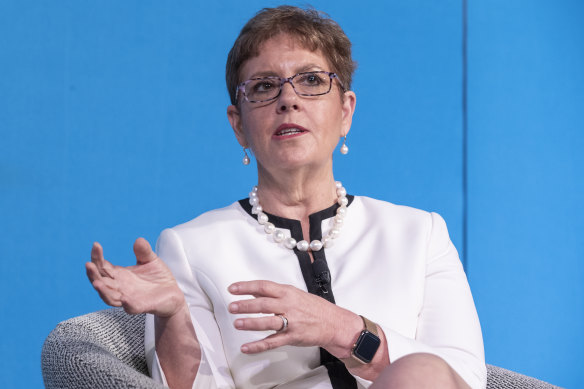 It will not declare a dividend, but plans another $750 million in capital returns in the next financial year through a special dividend or further share buyback.

“The strength of our balance sheet and capital position has enabled us to announce a return of capital to shareholders of $1.1 billion,” said chief executive Alexis George. “We’re pleased to be able to deliver on this commitment to shareholders.”

In April, George promised that the majority of proceeds from the sale of its parts of its asset management business Collimate Capital would be returned to shareholders, who she thanked for being patient during years of scandals, instability and a languishing share price.

Statutory net profit after tax in the six months to June was $481 million, up $146 million from the first six months of last year. This was mostly due to the sale of the company’s infrastructure debt platform.

Underlying net profit after tax was $117 million, down 25 per cent from $155 million in the corresponding period the year before.

George said AMP had made significant progress simplifying its portfolio to make the company more efficient. However, she acknowledged the challenge of continued rocky economic conditions.

“This first half of the year has seen a challenging economic backdrop. Despite the decline in investment markets, our business is well positioned with a robust balance sheet that will help us to drive forward through a period of continued economic uncertainty,” she said.

“AMP is entering its next era as a significantly simplified group, leading in wealth management and banking, and guided by a clear purpose.”

UBS analysts said their first impressions of AMP’s results were mixed. While operating trends remained weak, they said they thought the market would like the earlier-than-expected capital return.

“Whilst core business results remain disappointing, the capital return announcement is earlier than expected, albeit only $350 million of the $1.1 billion earmarked will be conducted this year (via on-market buyback),” they said in a note.

“Underlying earnings are below our forecast and contain evidence of ongoing revenue margin squeeze and rising cost ratios in both wealth and bank.”

The net interest margin improved in the second quarter of the year, and is expected to keep improving given rising interest rates.

George said the AMP Bank plans to launch a new digital mortgage later this year which will enable unconditional mortgage approval in as little as 10 minutes.

In AMP’s wealth management arm, assets under management decreased to $126.3 billion, compared to $142.3 billion in the 2021 financial year. The company attributed this to negative investment market returns.

AMP announced a process to explore selling assets in 2020, in a process dubbed the ‘portfolio review’. It came at a time when the business was engulfed in scandal, leading to the demotion of chief executive Boe Pahari after investor outrage over the company’s handling of a sexual harassment complaint against him.