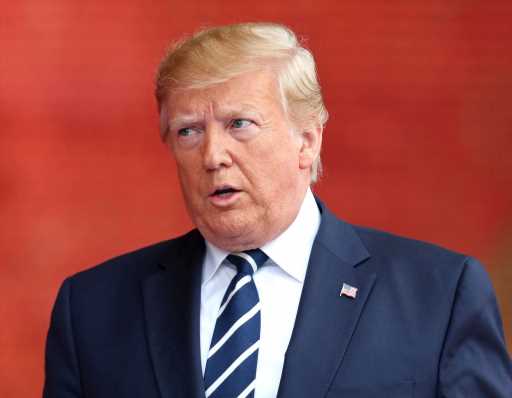 Donald Trump said that he pleaded the Fifth Amendment’s protection against self incrimination as he was deposed on Wednesday as part of New York Attorney General Letitia James’ civil investigation into the Trump Organization.

In a statement, Trump denied wrongdoing and said, “I once asked, ‘If you’re innocent, why are you taking the Fifth Amendment?’ Now I know the answer to that question. When your family, your company and all the people in your orbit have become targets of unfounded, politically motivated Witch Hunt supported by lawyers, prosecutors, and the Fake News Media, you have no choice.”

He said that he “declined to answer questions under the rights and privileges afforded to every citizen under the United States Constitution.”

After a protracted legal battle to obtain Trump’s deposition, the former president showed up to be questioned under oath in Manhattan on Wednesday. Trump has long claimed that the investigation is politically motivated, but James’ investigation is said to center on whether he and the Trump Organization inflated the value of assets to obtain more favorable loans.

Trump’s appearance at the deposition came after the FBI served a search warrant on Mar-A-Lago, his Florida home, on Monday morning. That action reportedly centers on documents that Trump took after his presidency ended that should have been turned over to the National Archives. Multiple news outlets reported on Tuesday that federal officials had concerns that Trump had not turned over all of the material and that some of the documents were classified.