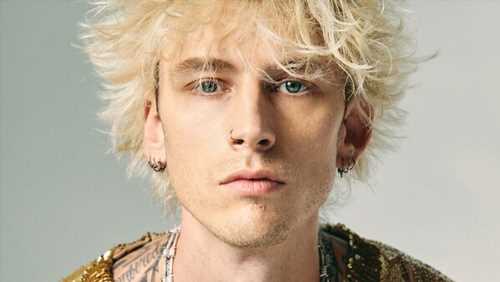 EXCLUSIVE: UTA has expanded its relationship with multi-hyphenate Machine Gun Kelly, otherwise known as Colson Baker, and will now represent him worldwide in all areas. UTA will continue to help build on the artist’s impressive career across a range of business verticals, including film and television, among other areas.

In film and television, he acts under his real name Colson Baker. As Baker, stars in the upcoming feature film Taurus, which had its US premiere at this year’s Tribeca Film Festival following its global premiere at the Berlin Film Festival and the upcoming One Way with Kevin Bacon and Storm Reid. He also caught the eye of studio execs when he played, Tommy Lee in Netflix’s Motley Crue biopic The Dirt and appeared in two of Netflix’s 10 Most Watched films of all time (Bird Box and Project Power). His other credits include Cameron Crowe’s Roadies, The Last Son with Sam Worthington, Judd Apatow’s The King of Staten Island, Gina Prince-Bythewood’s Beyond the Lights, and Big Time Adolescence.

On the music front, Machine Gun Kelly has had two consecutive albums debut at #1 on the Billboard 200, (Tickets to My Downfall and mainstream sellout). The latter just returned to #1 on this week’s Billboard Top Rock & Alternative Chart, and he’s currently on a sold-out mainstream sellout tour which has seen him play shows across the country including recent stints at Madison Square Garden and The Forum.

He will continue to be represented by managers Andre Cisco, Ashleigh Veverka and Steve Astephen/The Familie and Rogers & Cowan PMK.