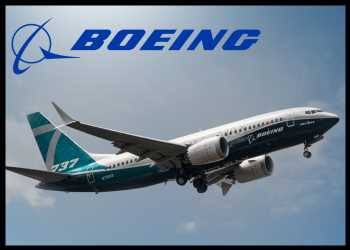 Boeing Co. (BA) on Wednesday reported a profit for the second quarter that declined 67 percent from last year, reflecting a 2 percent dip in revenues on lower defense volume, partially offset by higher commercial volumes. However, core loss per share and quarterly revenues came in below analysts’ expectations.

For the second quarter, the Chicago-based aerospace and defense giant reported that net earnings attributable to shareholders plunged to $193 million or $0.32 per share from $587 million or $1.00 per share in the prior-year quarter.

Core loss for the quarter was $0.37 per share, compared to core earnings of $0.40 per share in the year-ago quarter.

On average, seven analysts polled by Thomson Reuters expected the company to report a loss of $0.16 per share for the quarter. Analysts’ estimates typically exclude special items.

Total revenues for the quarter declined 2 percent to $16.68 billion from $17.0 billion in the same quarter last year, primarily driven by lower defense volume and unfavorable performance, partially offset by higher commercial volume. Analysts expected revenues of $17.55 billion for the quarter.

Total company backlog at quarter-end was $372 billion, including over 4,200 commercial airplanes.

During the quarter, Commercial Airplanes delivered 121 airplanes, up 53 percent from last year’s 79 airplanes. The backlog included over 4,200 airplanes valued at $297 billion. It also secured orders for 169 737 MAXs, 13 freighters, including seven 777-8 Freighters from Lufthansa Group.

The 737 program has increased the production rate to 31 airplanes per month during the quarter.

On the 787 program, the company continues to work with the FAA to finalize actions to resume deliveries and is readying airplanes for delivery.

The company still anticipates 787 abnormal costs of approximately $2 billion, with most being incurred by the end of 2023, including $283 million recorded in the quarter.