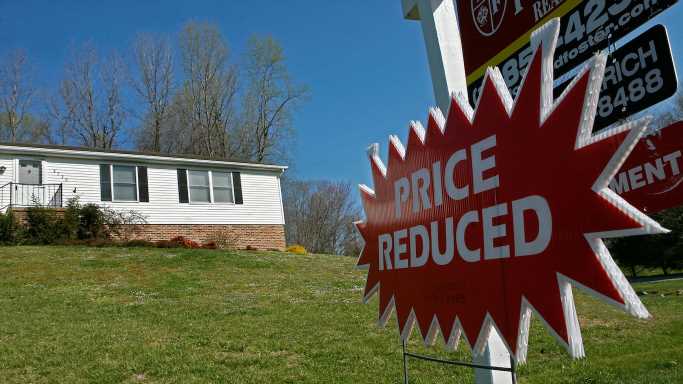 The period when home prices rose by double digits year over year is mostly over. In some markets, sales have started to struggle significantly. These are precursors of what will become a national trend.

The housing market was hammered early in the pandemic, well into 2020. Shortly after that, values began to surge upwards. In some markets, home prices rose by well into the double digits. The closely followed S&P Case-Shiller index shows that nationwide, prices have risen about 20% year over year so far in 2022. Among the 20 markets the index measures, several had price increases of more than 30%.

The market was fueled by low mortgage rates, which were as low as they had been in decades. Last year, the interest rate on a 30-year fixed rate loan was below 3%. That has soared to over 5% recently, a key reason for the rapid slowdown.

The market was also driven by the millions of people who could work from home because of the pandemic. Many of them were told they would not need to return to an office at all,  or that they could come back occasionally. This allowed large numbers of Americans to work from where they wanted to live, and not where they had to. A portion of the migration to new cities was also caused by high prices in huge coastal metros like San Francisco and New York.

A new study by Realtor.com shows that in several markets sellers have started to cut prices. This was almost unheard of in 2021 and in the first part of this year. Before, in some markets, the average time a typical home was for sale dropped to a few weeks. And, bidding wars on homes were not uncommon.

In its report, Realtor.com experts wrote: “Fears of another recession, stock market drops, and a growing sense of ennui over the state of the world are also sidelining buyers.” In several markets, nearly a third of homes on the market had a price reduction in June.

Several of the markets that have weakened were the strongest until recently. Boise, ID, was often mentioned as the strongest home market in America. In June, across nearly 200 metros, Boise was among the 10 with the largest percentage of homes that dropped prices. More than27% of homes in Boise had a price reduction to the market median of $587,900.

Other markets among the strongest in the U.S. have posted a large number of price reductions. In the S&P Case Shiller index, Phoenix often topped all markets in price increases each month this year. In June, almost 30% of homes there had price reductions to a median of $548,500.

ALSO READ: The County With the Highest Rent in Every State

Most of the 10 markets with price cuts had median home values above the national figure. The one exception was Evanston, IL, where the median price of homes for sale in June was $246,000

The current reset of home prices and demand will look nothing like the one in the 2008-2009 recession. Subprime mortgages caused millions of foreclosures, when the national unemployment rate hit 10%.

The fact that the drop will not be as bad as one of the worst periods in history won’t be a comfort to homeowners as the weak market spreads from city to city.