It was not easy to find a safe haven during the first half of 2022. Shares and bonds fell in tandem, undermining the balanced funds that have given investors a smoother ride through the ups and downs of the investment cycle. Hopes that cryptocurrencies and gold would be effective diversifiers evaporated when they turned out to be risky assets in disguise.

Only commodities offered a port in the storm, with a 55 per cent rise in the oil price driving Bloomberg’s basket of natural resource investments 20 per cent higher since the start of the year, the mirror image of the loss recorded by shares over the same period. 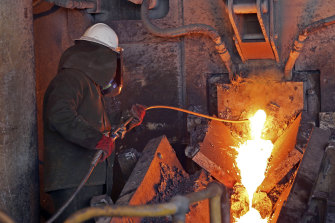 Copper have sharply slumped but history tells us Credit:Bloomberg

It certainly hasn’t been an easy ride. The overall commodities index was 40 per cent up year-to-date as recently as May. It has since then borne the brunt of investors’ pivot from worrying about inflation to fretting about growth. The most economically sensitive resources, such as copper, have reminded us that commodity investing is not for the faint-hearted.

But as we navigate a crucial second-quarter earnings season, watching anxiously to see if company profits become the second shoe to drop after valuations, there’s a strong strategic and tactical case to be made for commodities. Investing in natural resources is not as simple as buying shares and bonds, but in an environment of rising interest rates, and in the face of a looming recession, it is time to cast the net wider.

The recent correction in commodity prices helps make the tactical case. Copper may have been hardest hit, down by a third since the spring, but oil has also retreated, even if you’d be hard pressed to notice the difference when filling your car. The price of Brent crude is back where it was when Russia invaded Ukraine. For both copper and oil, Mr Market has opened the door to a more rewarding entry point than at the recent peaks.

The short-term case against commodities playing out in these corrections is the decision by central banks, most notably the Federal Reserve, to prioritise inflation-fighting over growth. Just as Paul Volcker did in the early 1980s, Fed chairman Jay Powell has decided that maximum sustainable employment must for now play second fiddle to the war on prices.

But there is a longer term case for commodities, made by resources bulls like Goldman Sachs’ Jeff Currie. It pre-dates and will outlast current recession fears. He argues that Fed-induced slowdowns can only ever tame the symptom – inflation. They are incapable of addressing the underlying driver of sustainably higher commodity prices, which is underinvestment in the production of sufficient energy and other resources. The imbalances causing the cost of living crisis are physical and supply-driven. They cannot be resolved by destroying demand.

The world is anyway very different from that of 40 years ago. When Volcker jacked interest rates up to choke off the inflation which had scarred the previous decade, he did so after years of rising capital investment. The fall in demand that he engineered combined with adequate supply to quickly bring the market back into balance. That is not the case today after years in which capital has for too long been directed away from real physical assets. We are reaping the harvest of that misallocation.

A key risk facing policy makers now is that the higher interest rates required to stifle demand will at the same time prevent the investment in new capacity that might solve the supply shortage. This is a recipe for stagflation – persistently higher prices caused by inadequate supply and flagging demand as central banks double down on their attempt to tame inflation.

And it is not just monetary policy that risks worsening the supply-demand balance and stoking persistent inflation. Fiscal policy, driven as it is by political rather than economic imperatives, is pushing governments to simultaneously support the hardest-hit consumers (thus slowing or preventing the required demand destruction) and to impose politically palatable but blunt windfall taxes that reduce the incentive for companies to solve the supply side of the equation. 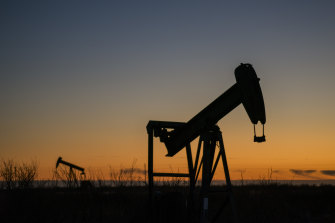 Somewhat ironically, the clean energy transition means that demand for resources will remain high in the short-term. Credit:Bloomberg

Another reason to expect commodity prices to remain elevated for the foreseeable future is that demand will stay high for reasons that have nothing to do with the economic cycle but instead reflect the unstoppable clean energy transition.

One of the ironies of the move to a more sustainable energy framework is that in the short to medium term it will be extremely resource intensive. Demand for both hydrocarbons (in the form of plastics and other refined products) and for many metals – principally but not exclusively copper – will remain high for many years to come. Unless there is a meaningful supply-side response, the impact on prices is just Economics 101.

So, how to invest in this likely commodity super cycle? Three ways, I think. First, buy the producers of energy and metals. In an inflationary environment, miners and the oil majors have the additional merit of offering investors a high and sustainable dividend income. Second, invest in the commodities themselves. The easiest way to access these is through an exchange traded fund that tracks either a single resource or, better still, a basket of them to diversify away some of the volatility inherent in commodity investing.

Third, consider the picks and shovels investments that stand to benefit from the requirement to produce more stuff, at a lower cost, and to distribute it more widely. I was chatting recently to David Coombs, a fund manager at Rathbones, whose lateral thinking on natural resources has led him to John Deere, a pioneer in agricultural automation or, as he puts it, the Tesla of farming.