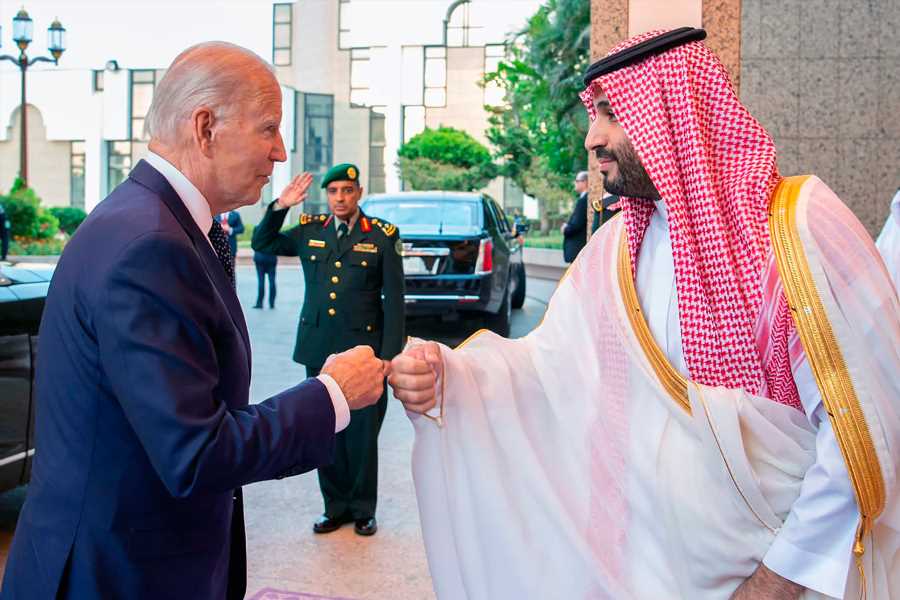 The two leaders are set to begin a series of meetings through which the Biden administration hopes to improve relations between the two countries, particularly in the matter of oil exports from Saudi Arabia. The diplomatic summit marks a departure from Biden’s promises to hold bin Salman accountable for his role in the 2018 murder of U.S.-based Saudi journalist Jamal Khashoggi, who was kidnapped and dismembered at the Saudi consulate in Istanbul, allegedly under orders from bin Salman.

When asked on Thursday if he planned to address the prince’s role in the murder of Khashoggi, who worked for The Washington Post, Biden deflected,instead holding that his “views on Khashoggi have been made absolutely, positively clear and I have never been quiet about asking about human rights.

During his 2020 campaign, Biden promised to make Saudi Arabia “pay the price” for its human rights abuses and treat the nation as the “pariah that they are.” The president and his advisers are now striking a different tune by agreeing to sit down with bin Salman. State Department spokesperson Ned Price spun the new strategy a “recalibration” rather than a “rupture.”

The topic of energy exports will be on the table throughout the summit. Biden is struggling to manage a domestic spike in fuel costs and inflation, and the meetings are taking place as lawmakers in the U.S. struggle to pass economic legislation that would include investment in alternative energy sources. West Virginia’s fossil-fuel friendly Sen. Joe Manchin, a Democrat, appears to once again be standing in the way of these efforts.