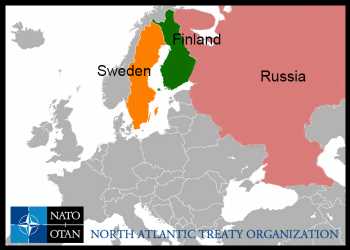 Russia has warned Finland and Sweden against joining the NATO, saying there would be consequences.

Finland’s President Sauli Niinistö and Prime Minister Sanna Marin announced their support for joining NATO. The Nordic country should apply to join the defense alliance “without delay,” the leaders said in a joint statement Thursday.

Addressing the European Parliament’s Committee on Foreign Affairs later in the day, Finnish Foreign Minister Pekka Haavisto said the accession of Finland to NATO would strengthen the security of the Baltic Sea region and northern Europe.

Responding to these statements, Kremlin spokesman Dmitry Peskov told reporters, “As we have said many times before, NATO expansion does not make the world more stable and secure.”

Finland acceding to NATO is a big booster for the alliance as Finland has a well-equipped, sophisticated military and shares 1340 kilometer border with Russia.

The Finnish government is likely to apply for membership after receiving parliamentary approval next week.

NATO Secretary General Jens Stoltenberg welcomed the move, and assured Finland’s leadership that the process of membership in the alliance would be smooth and swift.