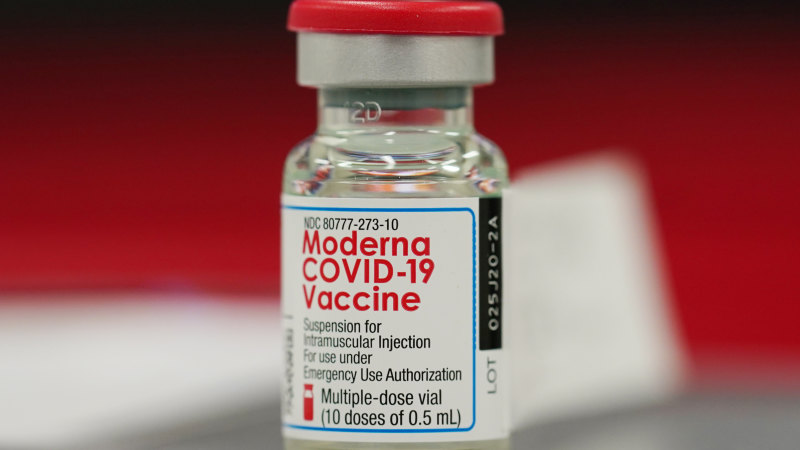 Moderna’s chief financial officer stepped down just one day after starting his new job, pocketing $US700,000 ($1 million) in severance pay. He’s the latest high-ranking executive to leave the COVID-19 vaccine maker as it faces questions about its long-term growth.

Jorge Gomez departed after his former employer, the dental-supply company Dentsply Sirona, said on Tuesday it was investigating the use of incentives to sell products to distributors, as well as other actions to achieve executive-compensation targets. Gomez, 54, had been Dentsply Sirona’s CFO for almost three years. 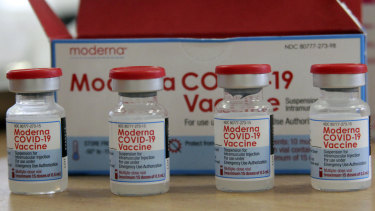 Moderna’s once-high-flying shares have been under pressure since late last year amid uncertainty over softening COVID-vaccine demand.Credit:AP

The sudden exit by Gomez means that Moderna’s retired finance chief, David Meline, 64, will step back into a role he only recently vacated as the company opens a new search for a successor, Moderna said in a statement on Wednesday.

Moderna has become a household name around the world due to the success of its COVID shot, but it has also faced questions about what other treatments it can bring to market to help sustain its stratospheric sales growth. The company has said it thinks messenger RNA could have applications for the prevention and treatment of many diseases, and it’s testing flu vaccines based on the technology.

Nonetheless, Moderna’s once-high-flying shares have been under pressure since late last year, with investors worried that demand for COVID shots is receding quickly while the company has few near-term prospects for another blockbuster of comparable size.

The stock closed down 6.7 per cent on Wednesday, and has lost roughly three-quarters of its value since hitting a high of $US484.47 last summer. Moderna first sold shares to the public in late 2018.

The instability at CFO is the latest in a series of high-level executive changes as Moderna transforms from a science-based startup to a biotech behemoth with billions of dollars in sales.

Other new executives include Chief Legal Officer Shannon Thyme Klinger, who joined Moderna in June after working for pharma giant Novartis; as well as Chief Medical Officer Paul Burton, who joined in July after a long career at rival COVID-shot maker Johnson & Johnson. 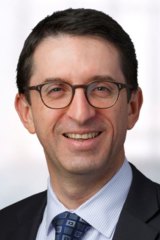 Jorge Gomez will receive $1 million as severance pay after just one day in the job.

As the company shifted from a pure R&D outfit to a commercial organisation in 2020, Moderna’s executive team “has evolved to fit where we are today and where we are going,” Moderna spokesperson Chris Ridley said in an email on Wednesday afternoon. “The departure of Jorge Gomez was solely in response to information that Moderna learned and acted quickly upon.”

It isn’t clear what effect the CFO setback might have on efforts to find new sources of growth, especially via a potential merger or acquisition.

Meline himself had only been at Moderna since June 2020, joining as the Cambridge, Massachusetts-based company was gearing up to move its vaccine into final-stage trials.

Gomez, 54, will receive 12 months salary totaling $US700,000 as severance pay, but will forfeit his signing bonus, bonus eligibility and eligibility for new hire equity awards, Moderna said in a securities filing.

Dentsply Sirona, a North Carolina-based maker of dental instruments and systems, said on Tuesday that it hasn’t finalised its assessment of the impact of the investigation on its historical financial statements or those for the first quarter, and will delay filing its latest financial report.

The investigation “is around the use of incentives with dealers and the implication of those incentives as it relates to the accounting of that as well as whether those incentives were directed by executives of the company,” including both current and former executives, Dentsply interim Chief Executive Officer John Groetelaars said on a conference call with analysts on Tuesday

Before joining Dentsply Sirona in 2019, Gomez spent 13 years at health products and services provider Cardinal Health, where he rose to the level of finance chief. He earlier worked at carmaker General Motors.

Moderna said it learned about the probe through Dentsply’s regulatory filing on Tuesday.