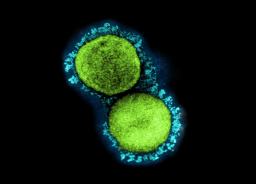 Two days after the first cases of an offshoot of the more transmissible Omicron variant was discovered in the U.S., 11 cases of the strain, dubbed BA.2, were reported in California on Tuesday. Two of those cases were identified in one of the state’s most populous counties, Santa Clara, according to multiple reports.

It’s early days, but based on the rate of spread in countries such as Denmark and the U.K., some experts are saying that BA.2 is likely to be at least a bit more transmissible than the original Omicron (BA.1).

“The consistency of BA.2 growth across several counties means that it’s more transmissible than BA.1,” wrote epidemiologist Dr. Katelyn Jetelina of the University of Texas Health Science Center at Houston on Tuesday. “It’s likely nothing like the huge transmissibility jump we saw from Delta to Omicron,” however.

Denmark has been hardest hit by BA.2. On Monday, it accounted for nearly half of the test samples sequenced in that country. In the final week of December, according to data from Statens Serum Institut under the auspices of the Danish Ministry of Health, the subvariant accounted for 20% of all Covid cases in Denmark. By today, BA.2 accounted for more than 60% of the cases in that country, per data gathered by GISAID.

That means, per Dr. Jetelina, the new version of Omicron seems to be out-competing the first in Denmark, just as that variant out-competed Delta.

BA.2 earned the name stealth because officials suspect the offshoot may be harder to identify from other variants than the original Omicron, not because it evades the current testing regimes. BA.2 does not display a telltale sign in PCR tests which often indicates Omicron. While a PCR test would still come up with a general positive result, such samples would need to be genomically sequenced — a much more costly and time-consuming process that is less common — to ID the specific variant involved.

The first cases of BA.2 in the U.S. were announced on Monday in Washington State. At least three cases have been found at Houston’s Methodist Hospital, where genomic sequencing is more robust than elsewhere.

Great Britain, Norway, France, India, Sweden and dozens of other countries are also experiencing cases of the Omicron offshoot.

“New variants will continue to evolve as long as there are large pockets of unvaccinated people,” the California Department of Public Health observed in a statement to the Mercury News. “Strengthening our protection against Covid-19 through vaccination and boosting is more important than ever.”