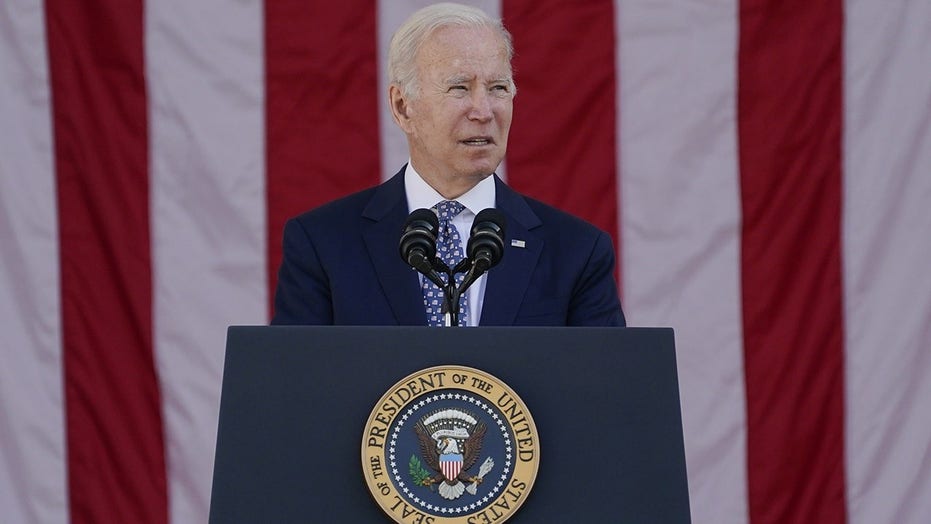 ‘The Five’: Biden is in the gutter

‘The Five’ co-hosts explain Biden’s low poll numbers and look ahead to the 2024 presidential election.

“The only thing that Biden is I think more popular than? Your taste in music,” Watters joked with co-host Greg Gutfeld.

Watters explained that Biden’s low approval rating is “about the fundamentals.”

“If you make Americans’ lives more expensive, more dangerous and more inconvenient – and then you don’t inspire them at all – yeah, you’re going to have terrible poll numbers,” he said.

“This guy needs a big moment,” Watters continued, saying Biden needs “a breakthrough in cancer,” “harrowing hostage rescue,” or to “show us the UFO they’ve been hiding in New Mexico.”

“He needs … something big that’s going to kind of trigger our national pride that kind of rubs off on him a little bit. The guy needs a Hail Mary,” added Watters.

“Every time she’s asked a question, she says, ‘I don’t want to get into the high-class gossip.’ And she says, ‘ … I’m focused on affordable child care.’ So she turns herself into this wonderful person who’s worried about child care.”

“This from the same administration where the head of the Department of Education contacts the Department of Justice and the FBI and the White House so that they can turn parents into domestic terrorists and then go after parents. But then they stand up … in front of the American public and say, ‘We’re out there trying to protect children and affordable child care’ when basically they’re trying to turn our children into little Marxists,” Pirro said.

“I just think everything that they do is smoke and mirrors, and it’s backwards, and the Americans get it,” Pirro concluded.